The couple was married five days before Ivanka’s birthday; the end of October is a celebratory time for Ivanka.

The Washington power couple commemorated their eight years together with matching Instagram posts from their wedding.

Ivanka captioned her Instagram, which has received more than 145,000 likes: ‘Happy eight-year anniversary to the love of my life!’ 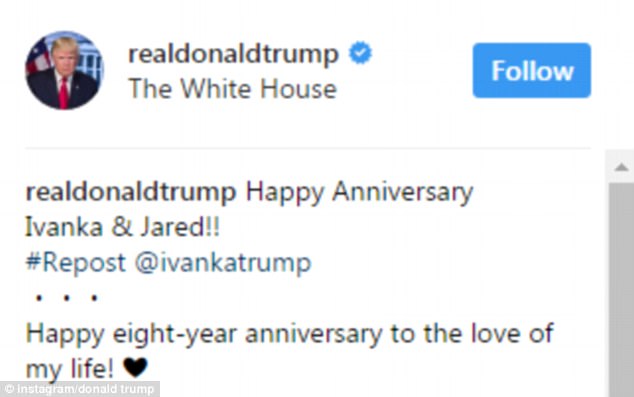 Ivanka captioned hers: ‘Happy eight-year anniversary to the love of my life!’

Ivanka’s post has, as of early Thursday morning, been liked more than 145,000 times. Jared’s has received around 400 likes.

The first daughter and Jared have three children together: six-year-old Arabella, four-year-old Joseph, and one-year-old Theodore.

It appears that the couple had an ‘all-work-and-no-play’ day for their anniversary. 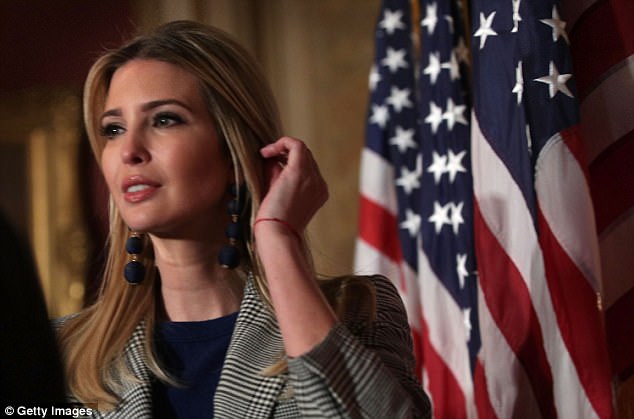 Ivanka had a working day on the eight year anniversary of her wedding to Jared Kushner. She discussed the proposed child tax credit with Republicans 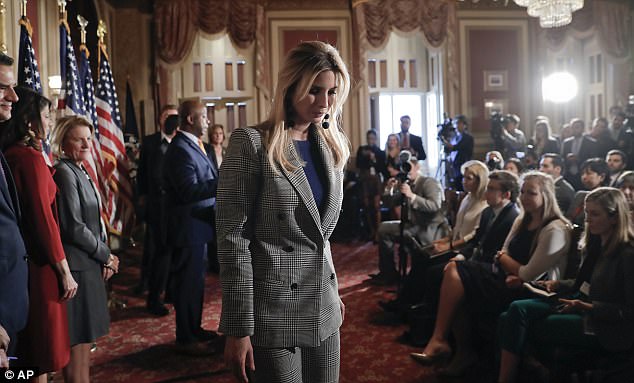 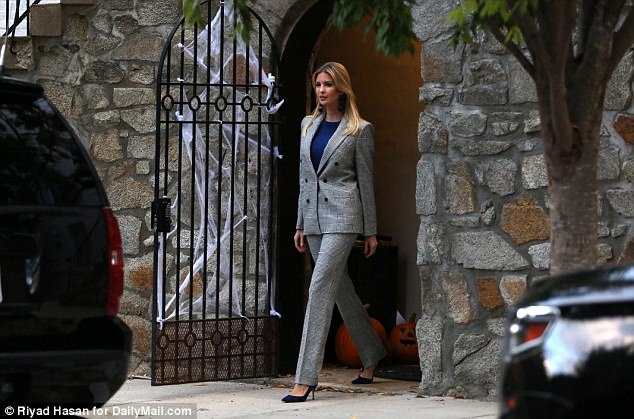 Ivanka headed out for a day of work on Wednesday morning dressed in plaid from head to toes thanks to a black and white pantsuit.

She was photographed leaving her home in the upscale neighborhood of Kalorama in Washington this morning, having paired the ensemble with a dark blue top.

She finished off her outfit with matching blue stilettos with three-inch heels, as well as a pair of earrings made out of a string of four spheres.

Kushner was also seen heading out of their family home this morning, carrying a messenger bag and a bulkier one fit for short-term travel.

He loaded his belongings into the trunk of a white SUV, which was waiting for him outside.

Republican lawmakers hailed her as an ‘an amazing champion’ for families and thanked her for her leadership at a Wednesday afternoon event on Capitol Hill. 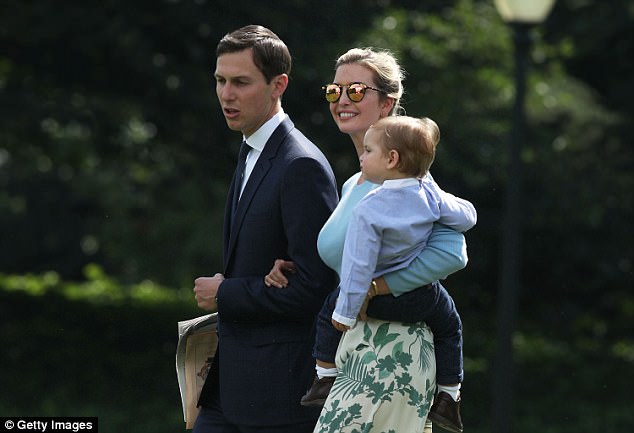 Ivanka and Jared are pictured with their one-year-old son, Theodore James Kushner, on the South Lawn of the White House 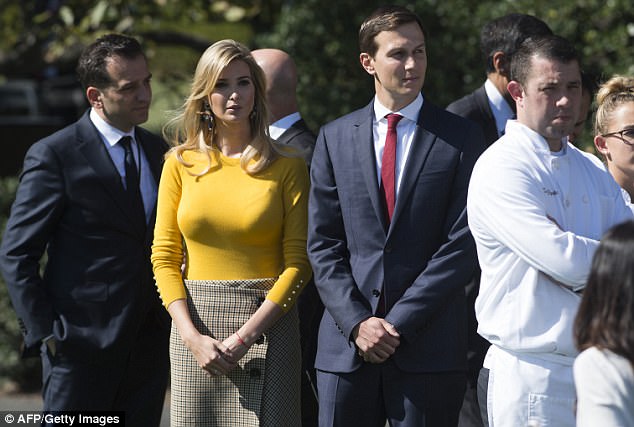 The Washington power couple is pictured arriving for a moment of silence on the South Lawn for the victim’s of the Las Vegas massacre, which occurred earlier this month 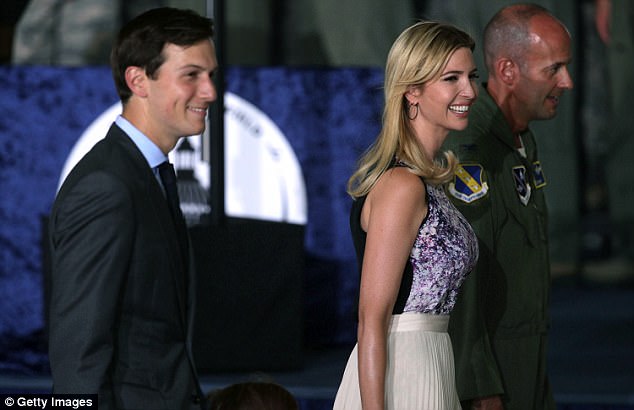 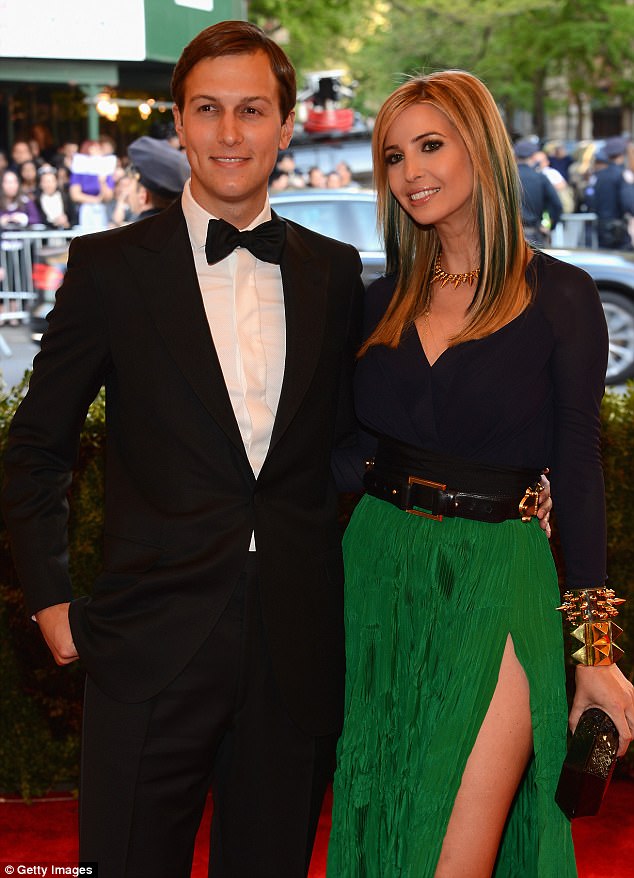 Jared and Ivanka are pictured in their pre-political days at the Costume Institute Gala for the ‘PUNK: Chaos to Couture’ exhibition in Manhattan in May 2013

We’re ‘obviously grateful to Ivanka, because she’s really made it a priority for the White House, without whom this would not be where it is today in terms of our discourse,’ Senator Marco Rubio of Florida said.

For her part, Ivanka told the cameras: ‘We’re all rowing in the same direction, and we appreciate the moment to come together and elevate awareness around the issues that we’re trying to solve for.’

The president’s daughter has made women’s empowerment part of her White House platform.

As part of that effort, she’s been pushing an increase in the child tax credit: $1,000 per dependent at present.

Ivanka was one of the first speakers at the news conference.

She rattled off a set of statistics on the typical American family, claiming it spends 29 percent of after-tax income on childcare costs. and for two children exceeds annual medium rent in every state. 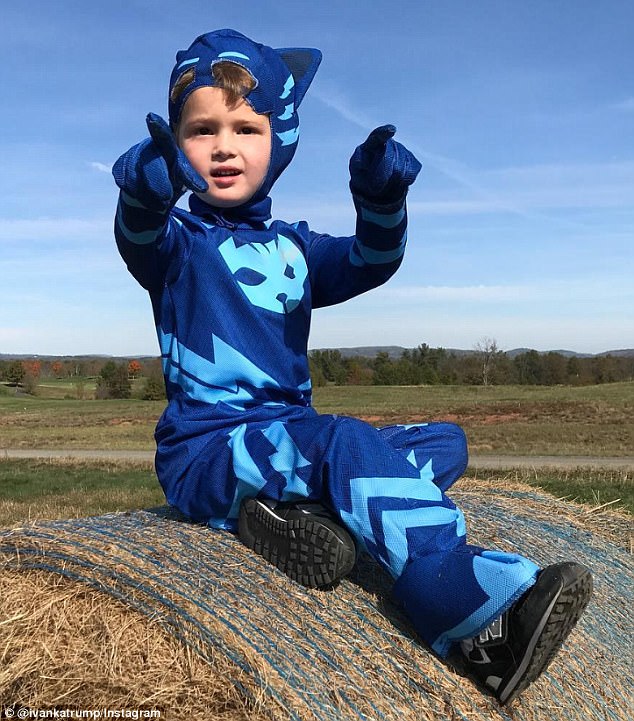 On Sunday, Ivanka shared a photo of her son Joseph dressed as Catboy, a character in the PJ Masks cartoon series 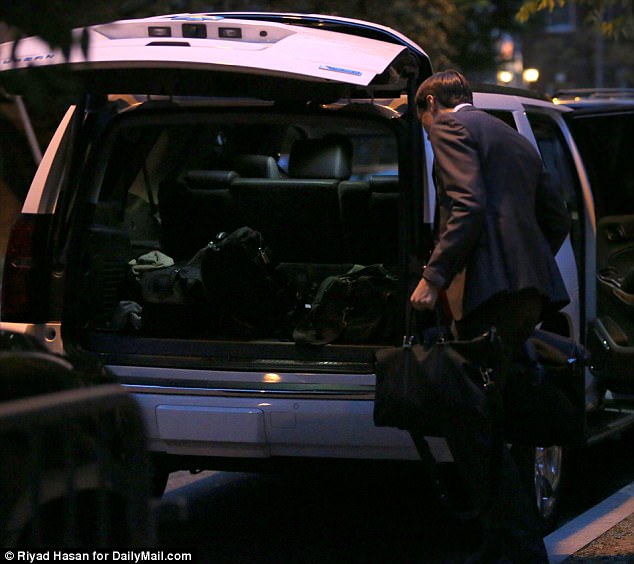 Jared loaded his belongings into the trunk of a white SUV, which was waiting outside his and Ivanka’s Kalorama, Washington home on Wednesday morning 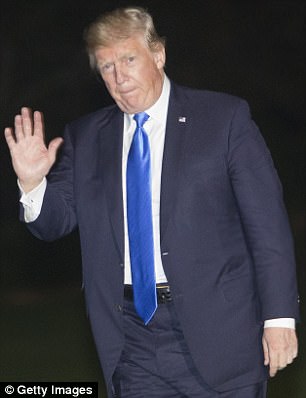 It is the highest single household expense in the Northeast and the Midwest, she argued, and exceeds the cost of full-time infant care in two-thirds of states.

It also exceeds 4-year tuition at a public university and is higher than average food stamp spending in every state in America.

‘It is a priority of this administration and it is a legislative priority to ensure that American families can thrive and that we deliver real and meaningful tax relief to middle income Americans,’ she said.

President Trump left the messy details of tax reform up to Republicans in Congress after he put forward an overarching proposal.

On Monday, she attended a town hall in Richboro, Philadelphia on Monday to defend the GOP’s proposed  tax reform.

The event took place with residents and families from the Bucks County area, and Ivanka made the case for how tax reform can benefit working-class and middle-class families.

President Trump’s proposed tax reform has been criticized for disproportionately favoring the rich, while Republicans have sought to promote it as favoring the middle class.

During the town hall, Ivanka, who has focused on promoting a plan to expand the child tax credit, said that the credit could help young people starting families, as well as families trying to balance key needs with their budgets.

She said the Trump administration’s priority in tax reform is helping middle-income Americans, adding that tax reform will also keep America competitive as businesses consider where to start or grow.

Ivanka and her family have fully embraced the fall season, and have decorated their home.

On Sunday, Ivanka shared a photo of her son Joseph dressed as Catboy, a character in the PJ Masks cartoon series, saying he took it for a ‘test drive’ before Halloween.