Ja Morant claims to have faced his seventh drug test of the season, days after crazy dunk vs Pacers

Grizzlies star guard Ja Morant claims to have undergone his SEVENTH drug test of the season, days after jawdropping ‘dunk of the century’ against the Indiana Pacers

Ja Morant has claimed that he’s been subjected to a seventh drug test this season, just days after producing a sensational dunk.

‘Been drug tested like 6 times this season,’ tweeted the Memphis Grizzlies point guard on Monday. ‘walked in the arena & found out i got another one today.’

The 23-year-old’s one-handed dunk over Jalen Smith, of the Indiana Pacers, took place in the third quarter of Saturday night’s game, stunning the home crowd and teammates at Gainbridge Fieldhouse. 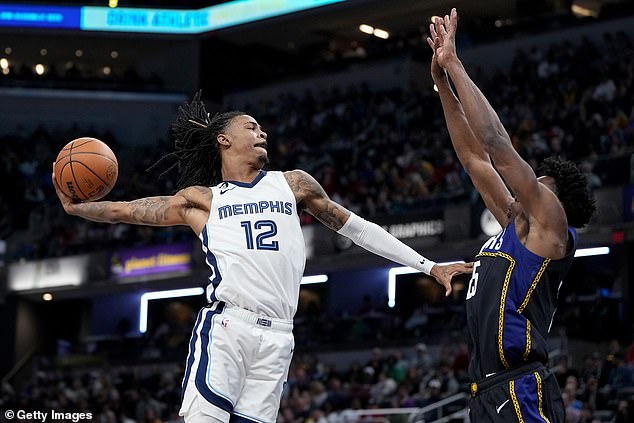 The NBA even praised the highlight, openly suggesting that it’ll be a ‘drunk of the year candidate’ on Twitter, once the 2022-23 regular season ends in the spring.

Postgame, basketball fans also interacted with the six-foot-three guard on social media, ironically claiming that the league would probably drug test him after his sensational dunk.

‘IT’S THE JA1s. IT’S THE SHOES,’ Morant later tweeted, as an explanation for his incredible piece of athleticism on Saturday.

However, his sensation performance may have raised eyebrows for the wrong reason too as he claimed he had been subjected to a drug test just days after the display.

After Saturday’s game, Morant credited his shoe line, the JA1s, for his amazing offensive move 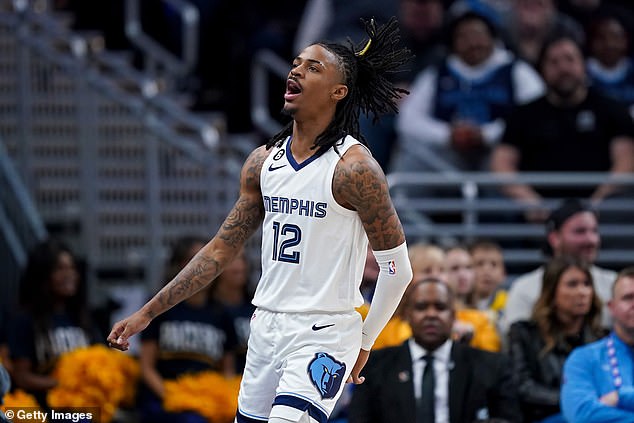 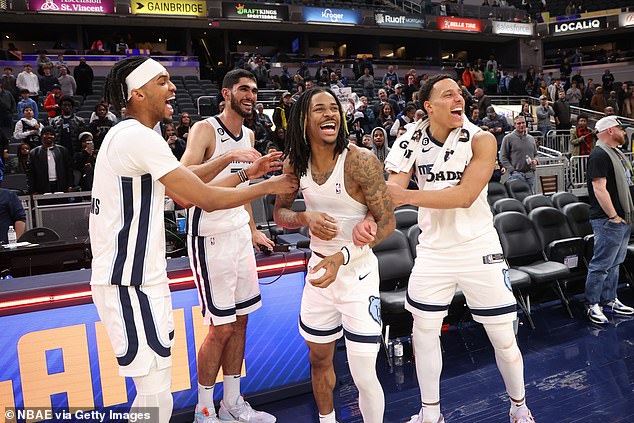 Then, against the Phoenix Suns, who reached the NBA finals in the 2020-21 season, Morant scored 29 points in 27 minutes, also recording seven assists.

As things stand, Memphis now has a 29-13 record, tying with Denver for the best in the Western Conference, as the team continues to gain momentum prior to the NBA All-Star game on February 19.

The Grizzlies next face the Cleveland Cavaliers on Wednesday, before taking on Lebron James and the Los Angeles Lakers two days later.