Jacinda Ardern and the New Zealand Finance Minister got into a jovial Twitter fight after the prime minister’s favourite rugby team lost in front of a sold-out crowd.

More than 22,000 fans filled Forsyth Barr Stadium in Dunedin on Saturday night to watch the Highlanders defeat the Hamilton-based Chiefs 28-27.

Alongside a gleeful Mr Robertson was a photo of Ardern donning her Chiefs jersey.

Following the nail-biter, Super Rugby’s official Twitter shared a photo of Mr Robertson – clad in his Highlanders jersey – celebrating the team’s victory alongside a photo of Ardern in her Chiefs garb 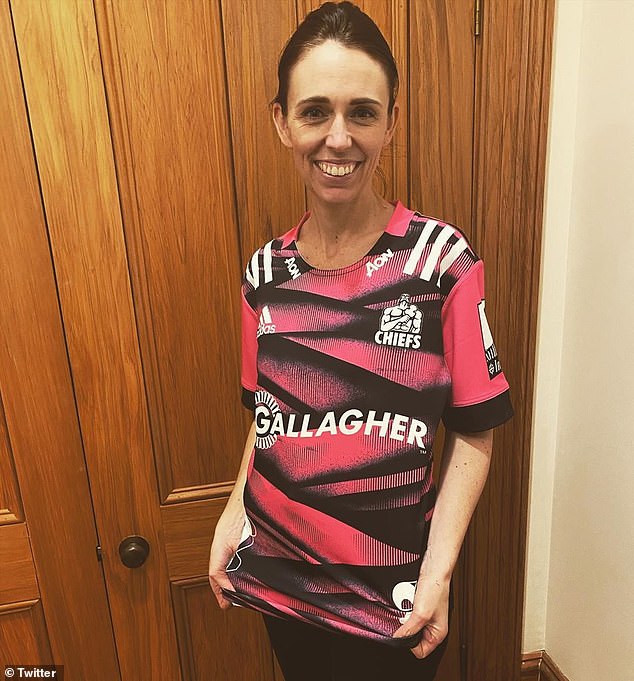 Mr Robertson commented on the photo, saying: ‘Not awkward at all (well for me anyway,’ along with three laughing emojis.

But Ms Ardern wasted no time in reminding the finance minister who runs the country.

‘I think you’re forgetting who chairs the meeting #LeaveTheScarfAtHome,’ she commented.

Mr Robertson, who is also part of Ardern’s Labour Party, continued the tit-for-tat, writing: ‘True that, mind you #TheNumbersDontLie (little finance minister humour for you there.’

‘I wish we had minsters/leaders like that in Scotland,’ one man wrote.

‘Just love a prime minister with a sense of humour,’ said another.

The nation has not reported any new cases of coronavirus for more than three weeks, and says all those who contracted the disease have now recovered.

‘We’re incredibly proud, and grateful, to be the first professional sports competition in the world to be in a position to have our teams play in front of their fans again,’ he said. 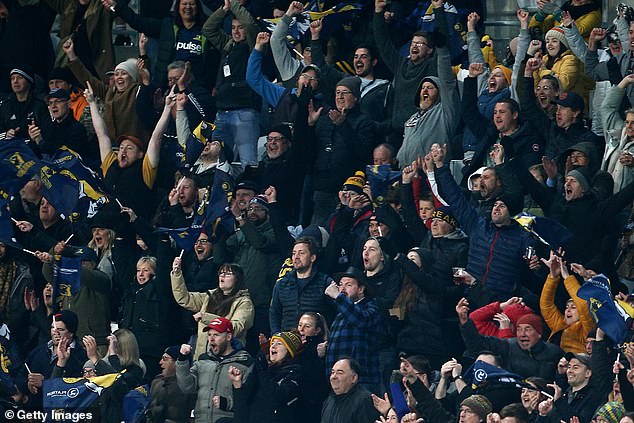