He’s collaborated with Taylor Swift on numerous songs and his long-term girlfriend, Lena Dunham, is one of her closest friends.

And fans accused Jack Antonoff of ‘throwing shade’ on MTV Video Music Awards host Katy Perry as the event got underway at The Forum in Inglewood, California, on Sunday night.

Viewers were surprised to see the musician, 33, peel and subsequently eat a banana during Katy’s impassioned opening monologue as the show began.

Hungry? Jack Antonoff was seen enjoying a banana during Katy Perry’s monologue at the MTV Video Music Awards at The Forum in Inglewood, California on Sunday

After his band Bleachers performed an electric set during the awards pre-show entertainment, the weary guitarist sat back in his seat for a fruit break.

Antonoff was seen peeling and then eating a banana as Perry spoke to the audience.

Without a care in the world, the New Jersey native continued chowing down during the musical ceremony. 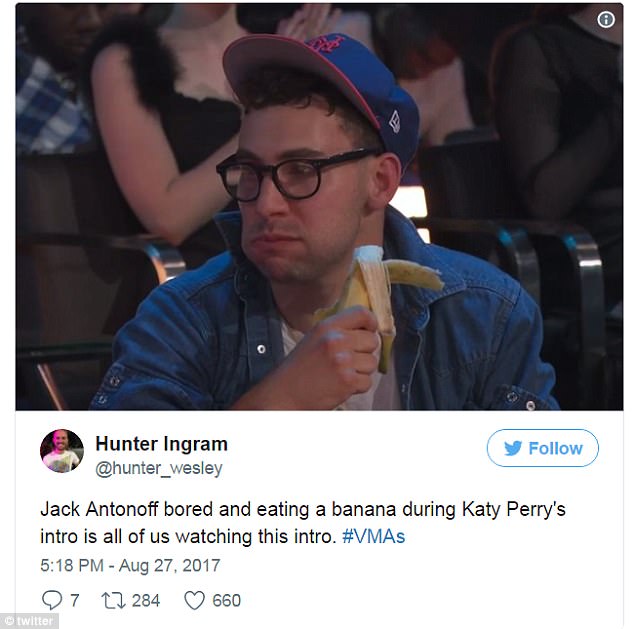 Chow down: The musician, 33, peeled and ate a banana during Katy’s passionate opening monologue – causing fans to accuse him of ‘throwing shade’ on her

‘Bad host jokes’: Viewers at home took to social media and erupted in cheers and jeers for and against the musician

Beats: DJ Afrojack wasn’t even sure who was on the screen eating a banana

Viewers at home took to social media and erupted in cheers and jeers for and against the musician, as his actions were seen as loyalty to Swift in the ongoing feud between the two singers.

One Twitter user wrote: ‘Jack Antonoff bored and eating a banana during Katy Perry’s intro is all of us watching this intro. #VMAs’ 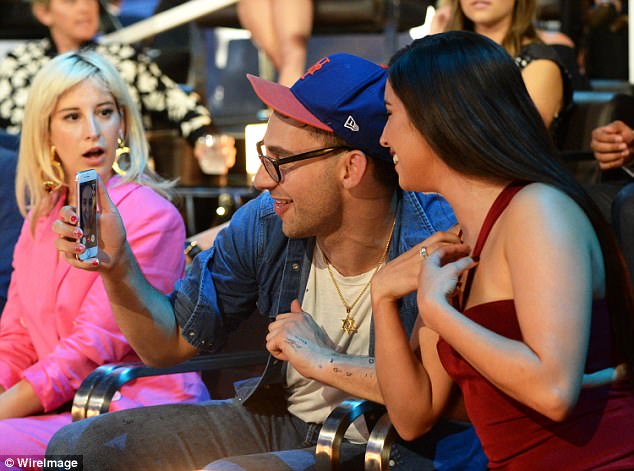 Antonoff was also seen face-timing his girlfriend of five years shortly after his display of loyalty to Swift.

Dunham has famously been by Swift’s side, even defending her friend’s dating choices to radio legend Howard Stern in February.

‘I mean, not to repeat age-old feminist points, but it’s like, you know, any male actor her age who’s going out and dating is applauded, and to just have a perfectly normal amount of romantic partners but be held to impossibly high standards by the press,’ Dunham told Stern, ‘like, it’s just an unfair and unwinnable game.’

The Swift-Perry feud dates back to 2013 when backup dancer’s signed on to tour with Katy that had previously danced for Taylor. 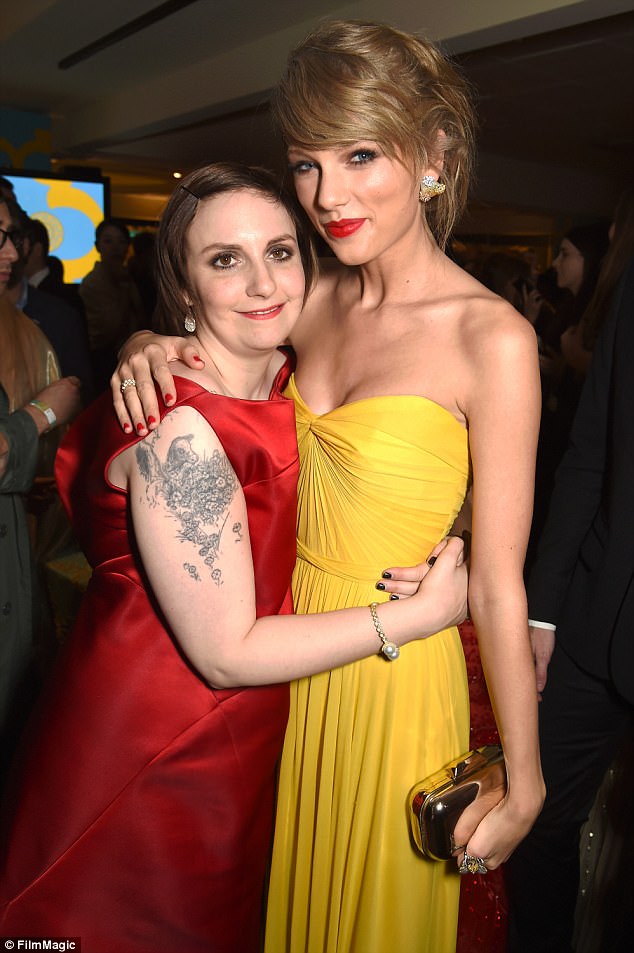 BFF: Taylor and Lena hugged at the official HBO Golden Globe Awards after party at The Beverly Hilton in January 2015 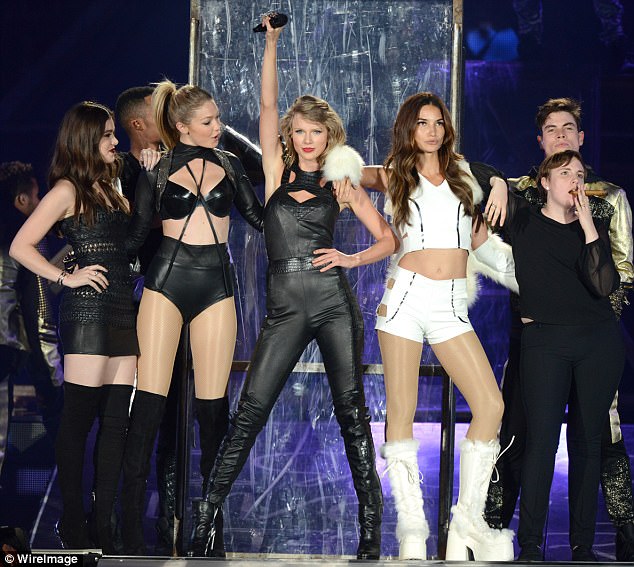 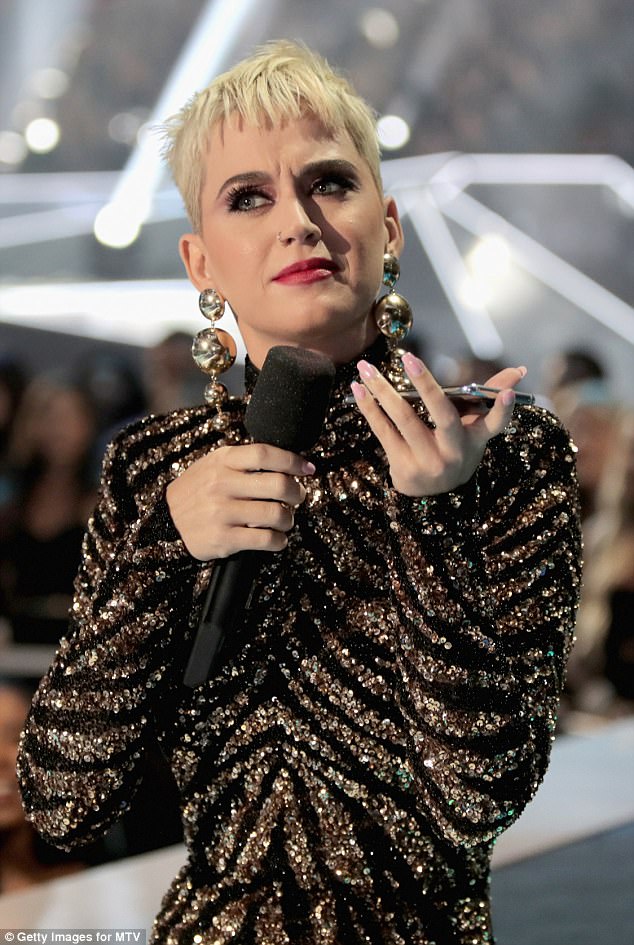 Less than a year later, Taylor released ‘Bad Blood’, which seemed to be a direct hit against the Firework singer

He also accepted the award for best collaboration — for Taylor Swift and Zayn’s I Don’t Wanna Live Forever, which he co-wrote and produced.

Jack and Taylor have a history of working together that dates back to 2013, when he co-wrote her song Sweeter Than Fiction.

Most recently, the musical duo returned to the studio to write and record Swift’s return to the music scene with her song, Look What You Made Me Do, which fans speculate is a direct response to criticism Taylor’s faced in recent years. Close friends: Antonoff accepted the award for best collaboration — for Taylor Swift and Zayn’s I Don’t Wanna Live Forever, which he co-wrote and produced 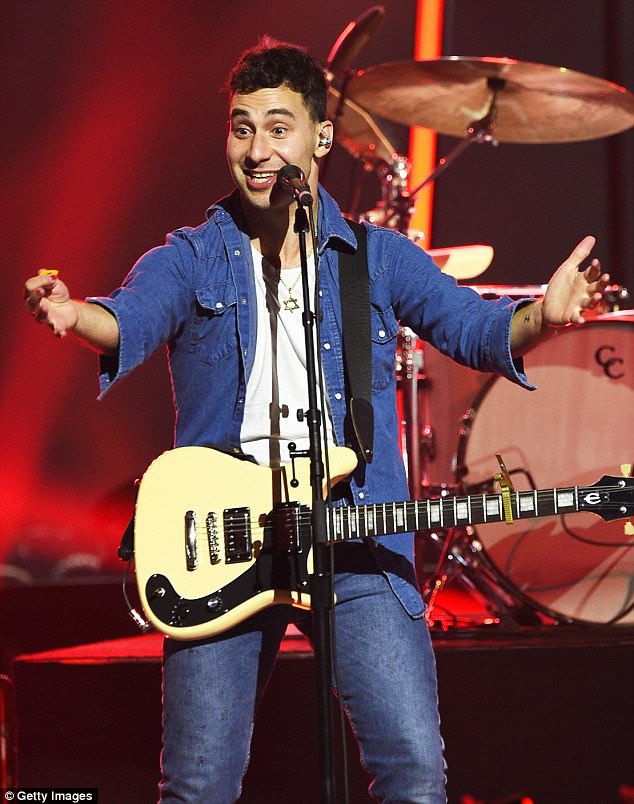