Jack de Belin has sensationally returned to the footy field less than 48 hours after the Director of Public Prosecutions dropped rape charges against the St George Illawarra star.

Two trials failed to reach a verdict on de Belin, 30, and co-accused, Callan Sinclair, 24, on charges relating to an alleged sexual assault of a 19-year-old woman in Wollongong in December, 2018.

The former NSW State of Origin representative ran out to a guard of honour at Lidcombe Oval in Sydney’s west on Saturday afternoon, with dozens of Dragons fans in attendance to cheer on the lock forward.

His partner Alyce Taylor was also in attendance and the two shared an emotional embrace following the game. 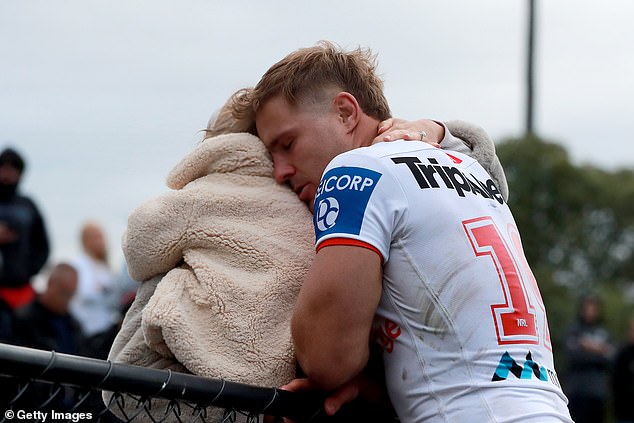 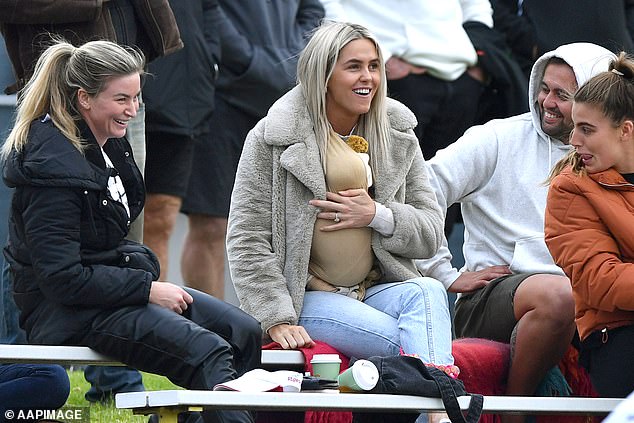 It didn’t take long for De Belin to be thrown into the action, replacing fellow forward Kaide Ellis after just 16 minutes when he suffered a head knock.

The Western Suburbs Magpies ended up winning the NSW Cup clash 26-18, but it was the successful return of De Belin which mattered most to fans of the Red V.

With first grade coach Anthony Griffin watching on, De Belin, 30, did his selection causes no harm with a number of trademark strong carries, as well as displaying some impressive ball playing skills at times.

He is tipped to be named in the Dragons NRK side on Tuesday afternoon ahead of their round 13 tussle with the struggling Brisbane Broncos at Jubilee Oval in Sydney’s south on June 3.

The Dragons released a statement on Thursday confirming de Belin would immediately return to training and working towards a return to first grade.

‘We’re hoping his contract will be registered tomorrow (Friday) and he’ll be available to play reserve grade on Saturday against the Wests Magpies.’ 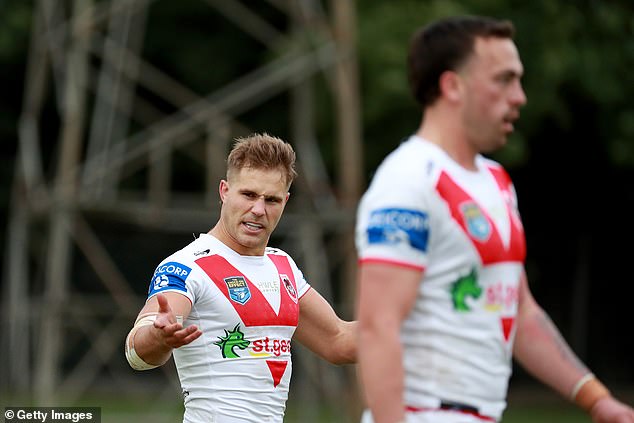 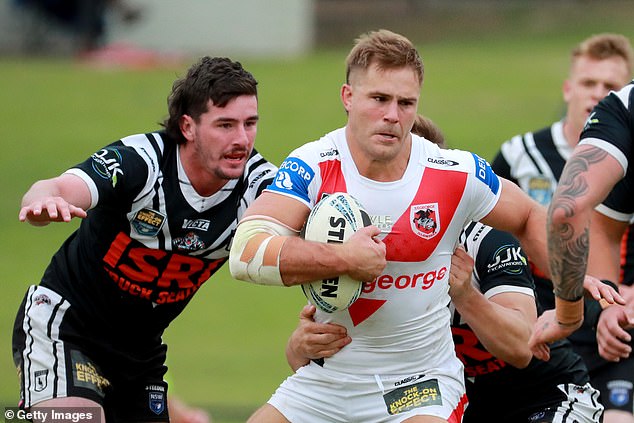 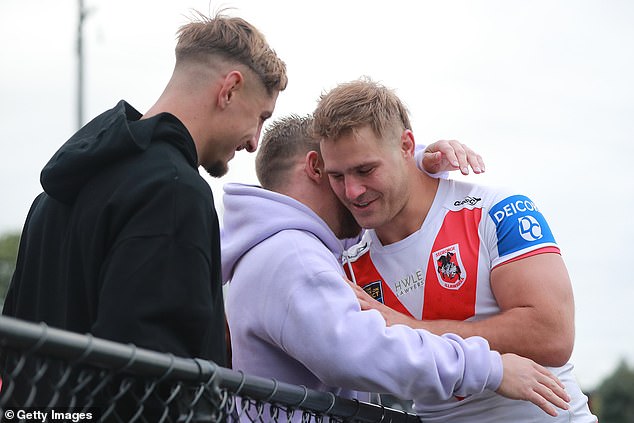 The former NSW Origin forward has been training with the Dragons’ reserve grade side this year and on his own while he was subject to the NRL’s no-fault stand down rules.

The NSWRL bolstered security for the match to counter any possible backlash from spectators, while Abdo admitted he did not know how de Belin would be received in his return.

‘I’m not sure how fans will receive Jack, but I will say this, if these charges are in fact dropped, Jack has not been found guilty of any crime, he will be free to play in the competition,’ Abdo said.

‘We don’t accept any vilification or any abuse from our fans for any of our players, so we’ll make sure we’ll be supporting Jack just as we’d be supporting any NRL players.’

The NSW Cup game was de Belin’s first match since the 2018 finals, having been stood down by the NRL during the legal process.

De Belin could then be eligible to play for the Dragons as soon as round 13 against Brisbane, but his NRL return will be at the discretion of coach Anthony Griffin.

The endorsement of de Belin’s contract with the NRL is set to trigger a huge pay rise for the 30-year-old. 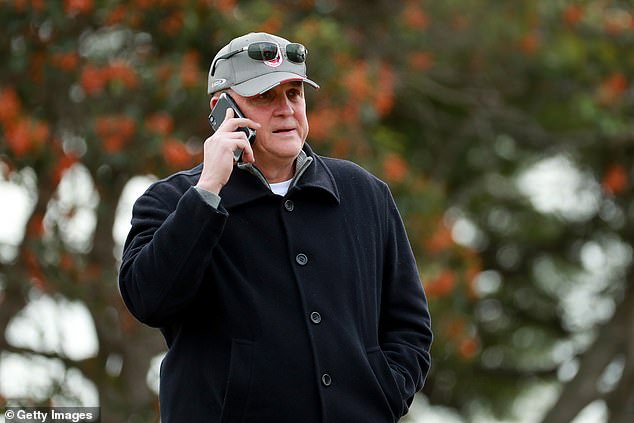 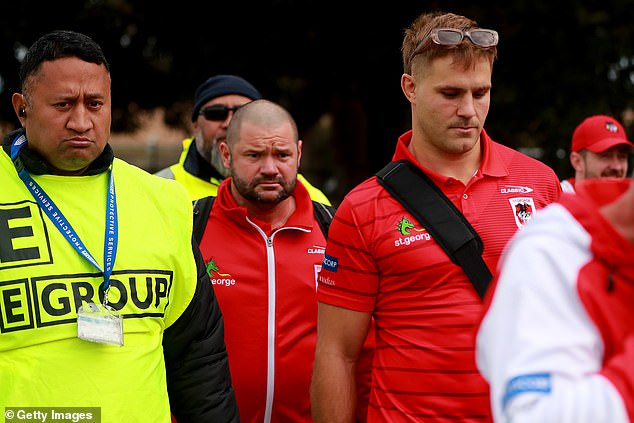 Last year de Belin signed a new deal with the Dragons worth around $700,000 a season, but a clause was inserted that he would earn just $1000 a week until criminal proceedings were over.

Earlier this month de Belin, and co-accused, Callan Sinclair, were left in limbo for the second time when a jury could not reach a verdict on rape charges related to an alleged sexual assault of a teenager in Wollongong in December 2018.

It was the second trial after the first also resulted in a hung jury, with the DPP indicating on Thursday they would not push for a third trial.