Corbyn claim: ‘We will control rents – when the younger generation’s housing costs are three times more than those of their grandparents, that is not sustainable.’

Reality: Powers for councils and mayors to dictate rents in the private sector were last seen in the UK nearly 30 years ago. Typically, they reduce the number of houses available for rent and cut investment in building new properties, meaning higher rents in the long term.

Claim: ‘There can never be any excuse for any abuse of anybody.’

Reality: Startling hypocrisy from Mr Corbyn, who plays the gentle uncle while his followers spread vile abuse online. He hailed the ‘spirit of unity, love and affection’ at a conference where delegates spouted anti-Semitic bile and the BBC’s Laura Kuenssberg needed a bodyguard.

Claim: He would pay for policies ‘by asking the richest and the largest corporations to start paying their fair share’.

Reality: Labour’s hefty proposed taxes on businesses and the wealthy wouldn’t begin to pay for their spending commitments. That means swingeing taxes on the middle classes or a giant debt binge – or both.

Reality: Putting water and energy firms back into public ownership at market rates would cost up to £185billion, and risk British Leyland-style inefficiencies.

Claim: ‘Unions [will be] freed of undemocratic fetters on their right to organise.’

Reality: Mr Corbyn’s paymasters are furious at the Trade Union Act which prevents strikes unless half of those eligible to vote turn out. He would scrap it and take Britain back to the dark days of the 1970s, when industrial action paralysed Britain. 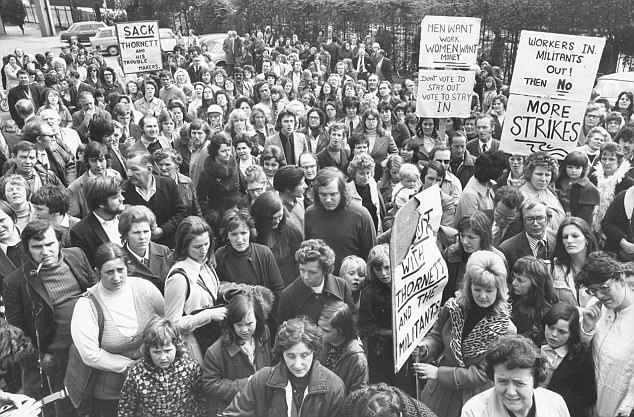 Claim: ‘A Brexit… that guarantees unimpeded access to the single market.’

Claim: Grenfell is a ‘damning indictment of a whole outlook which values council tax refunds for the wealthy above decent provision for all.’

Reality: Mr Corbyn at his grandstanding worst, trying to link the fire to Conservative housing policies and austerity. In truth, the council spent millions on flammable cladding material, when safe versions were available for similar prices. 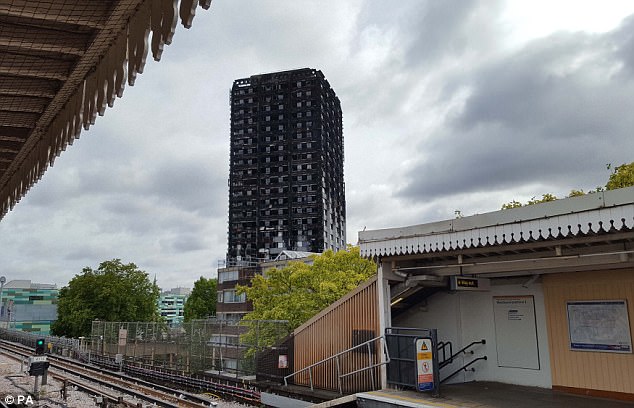 Jeremy Corbyn’s comments on Grenfell tower, pictured, were grandstanding at their worst

Claim: He wants a Brexit that ‘puts our economy first, not fake immigration targets’.

Reality: Mr Corbyn says it ‘isn’t migrants who drive down wages’, despite evidence the incomes of low-paid workers are lower as a result of mass immigration.

Claim: He accused Trump of ‘pandering to racism and polluting the planet’.

Reality: This cheap political point-scoring would make it impossible for Mr Corbyn to have any relationship with the White House were he to win power.