‘Every child in England dreams of playing for the senior team’: Jack Grealish admits winning his first England cap was ’emotional’ after Aston Villa captain made his long-awaited debut from the bench in Denmark draw

Jack Grealish admitted he was ’emotional’ after fulfilling his childhood dream of playing for the England senior team as a substitute in the Three Lions’ 0-0 draw with Denmark.

The Aston Villa star made his long-waited England debut after coming on for fellow debutant Kalvin Phillips in the 75th minute in Copenhagen.

The 24-year-old had to this point been overlooked by manager Gareth Southgate for the senior side despite an impressive season for Villa in 2019-20. 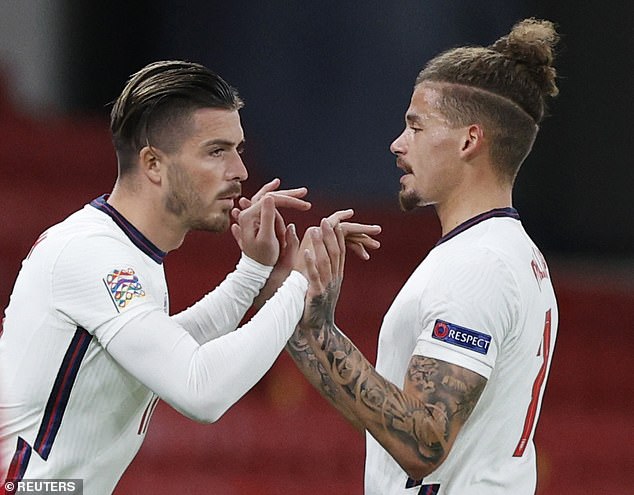 But after finally getting his first taste of international action, Grealish spoke of his honour and hoped it was the first of more to come for the Three Lions.

‘I was actually a bit emotional,’ he told Sky Sports after the game.

‘It is something that you dream of, every child in England dreams of it since they were a little kid – playing for the England senior team. I was so privileged coming on and it was a shame we couldn’t win in the end.

‘I want to thank (manager) Gareth (Southgate) himself for giving me the opportunity and I hope it is the first of many. It was a brilliant moment for me and my family.’ 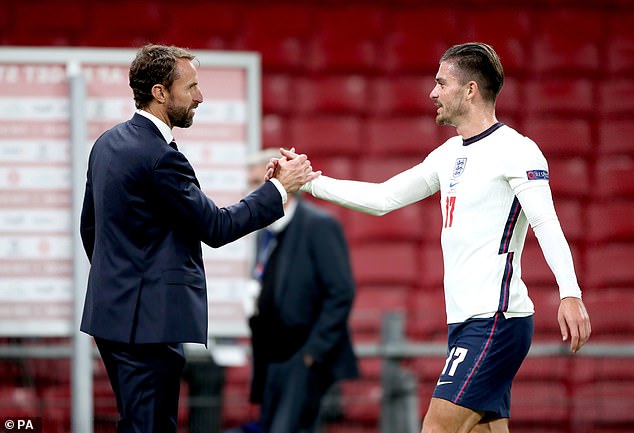 He had a limited amount of time to make an impact but his first involvement was a typical mazy run to try and find a winner but was unable to release a shot or find a team-mate.

While it was only a glimmer of an opening, the forward admitted he was disappointed he didn’t make more of the opportunity so soon after coming on.

‘I’ll never have much regrets because what’s happened happened but I’m a bit gutted to be honest because I should have pulled the trigger or picked someone out. It was my first game and I was happy with how I done on my debut.’

When asked if he would have been more selfish with the chance playing for Villa. Grealish replied: ‘Probably so! It’s different. You have more chemistry with everyone (at Villa) because you train with them day in, day out. I didn’t want to look too selfish and I’ve tried to cross it instead.’ 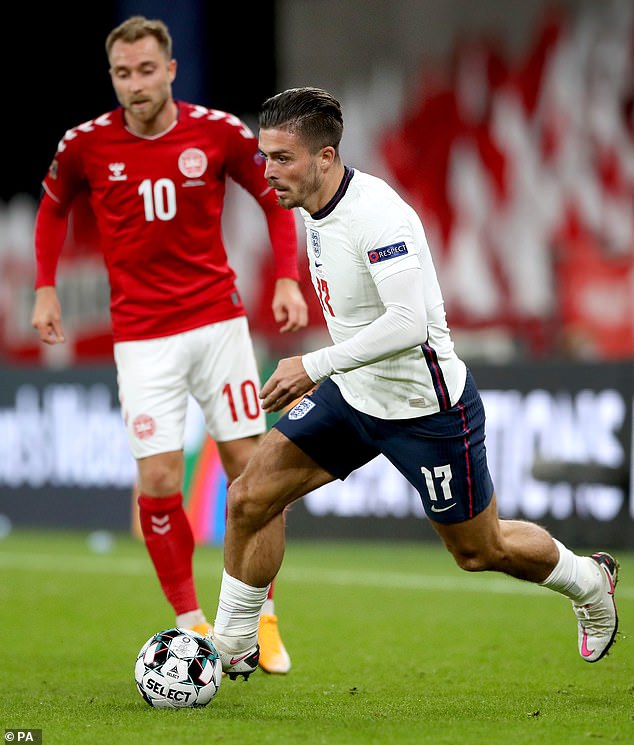 ‘It’s gone well for myself. I’ve enjoyed every single minute. You know the boys by playing against them every week and they’ve all made me feel welcome. The staff, manager & players have been brilliant.’

Grealish has had to wait five years for his first action since declaring his desire to play for England over the Republic of Ireland in 2015 after playing for them at youth level.

The Villa captain was initially overlooked for Southgate’s squad but was drafted in following an injury to Marcus Rashford.