They confirmed in August that they’re expecting baby number three.

And Jack Osbourne’s wife Lisa Stelly showed off her baby bump in an olive green dress on Thursday as the couple took a stroll to brunch in the Studio City area of Los Angeles.

The couple, who married in 2012, are already parents to two daughters Pearl, five, and Andy, two.

Brunch time: Jack Osbourne and wife Lisa Stelly are pictured out in Los Angeles on Thursday

Jack, 31, showed off a full beard and tied his hair back in a bun as he sported a casual black shirt with jeans.

Lisa made the announcement in August that she was expecting another child.

In an Instagram image the brunette beauty posed alongside her beau showing off her noticeable bump.

‘Literally ate the biggest burrito ever,’ she jokingly captioned it. 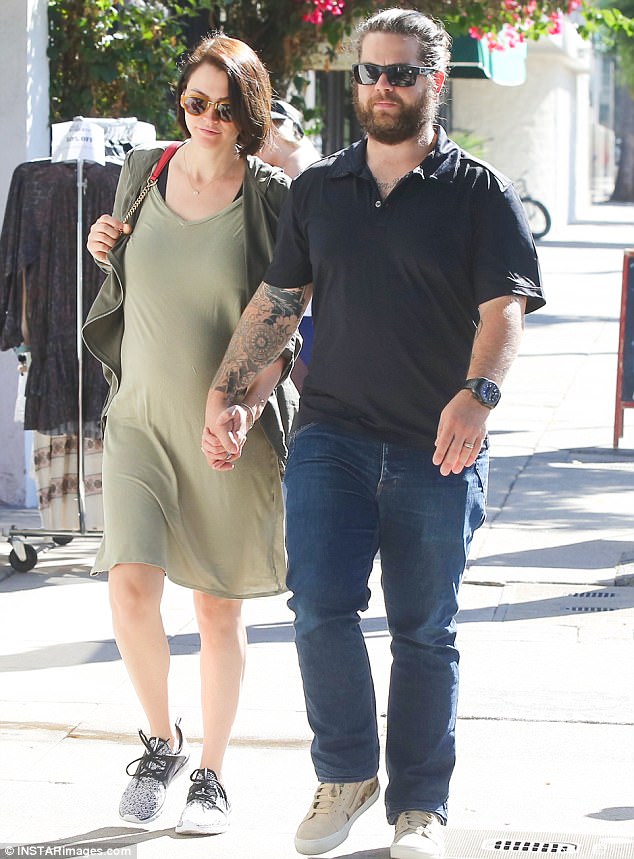 Loved up couple: The 31-year-old star held his wife’s hand as they stepped out in the Studio City neighborhood 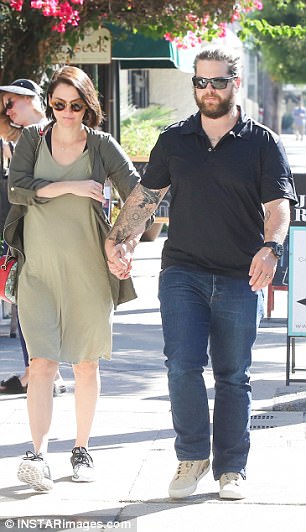 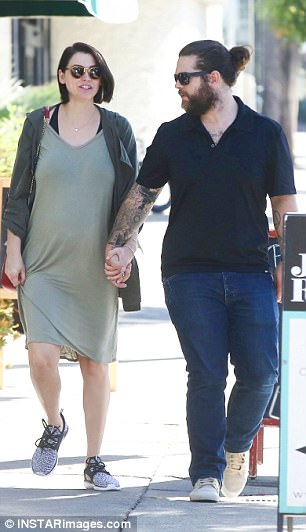 Low-key outing: Jack, 31, showed off a full beard and tied his hair back in a bun as he sported a casual black shirt with jeans

Speaking about his role as a dad, Jack told People back in October he doesn’t miss his life before kids – even though it was definitely easier.

‘My daughter [Pearl] was born three weeks after I got diagnosed with [Multiple Sclerosis],’ The son of Ozzy and Sharon said. 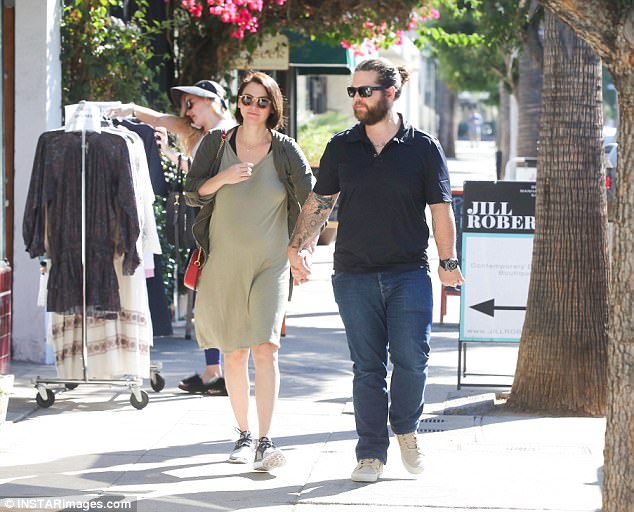 Sunny stroll: The couple, who married in 2012, are already parents to two daughters Pearl, five, and Andy, two

‘There’s an ignorant freedom without being a parent. You don’t realize how you can do things at ease, and you can just jump on a plane and you can just get in your car and go,’ he explained.

‘There’s certain things that you don’t [understand how easy they are] until [they’re gone],’ he added.

‘But I wouldn’t trade it for the world.’ 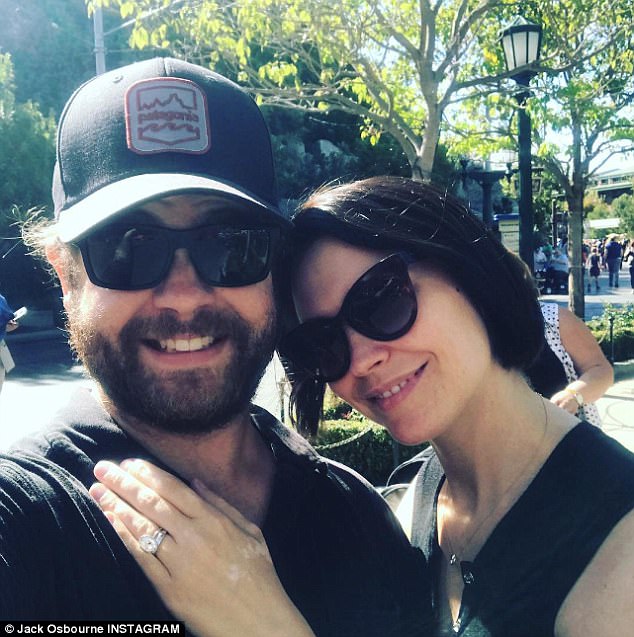 Happy couple: Jack shared this photo of him and Lisa last month during a trip to Disneyland 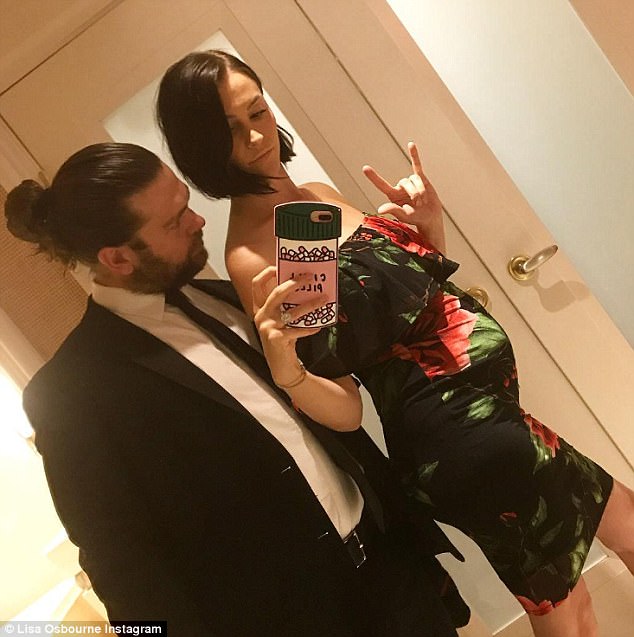