Jack Sock and Felix Auger-Aliassime helped Team World make a winning start to the final day of the Laver Cup in London by downing Andy Murray and Matteo Berrettini in a doubles contest.

Team Europe held an 8-4 advantage after Saturday’s action but their lead was cut to a single point after a thrilling clash opened up proceedings at the O2 on Sunday.

Murray and Berrettini took the opening set but Auger-Aliassime produced a number of sumptuous shots alongside doubles specialist Sock to earn a 2-6 6-3 10-8 victory in one hour and 35 minutes. 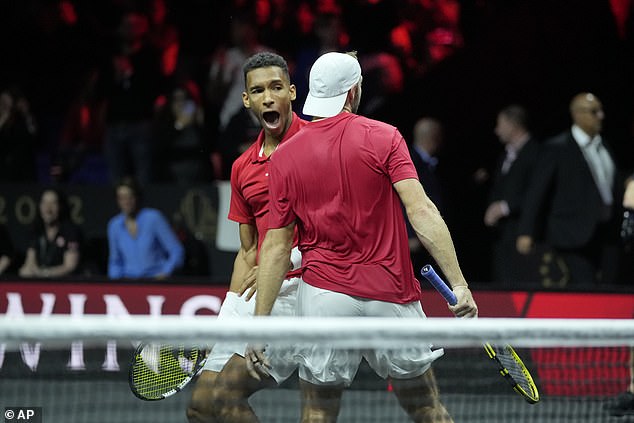 It leaves everything to play for ahead of the upcoming singles match between Auger-Aliassime and Novak Djokovic, with John McEnroe’s Team World still holding out hope of winning a maiden Laver Cup title at the fifth time of asking.

Asked on-court if his team believed, Sock insisted: ‘Hell yeah, why not!

‘I was glad I was able to contribute. We got bombarded again first set but we were able to slow things down, turn it around and Felix served excellently.’ 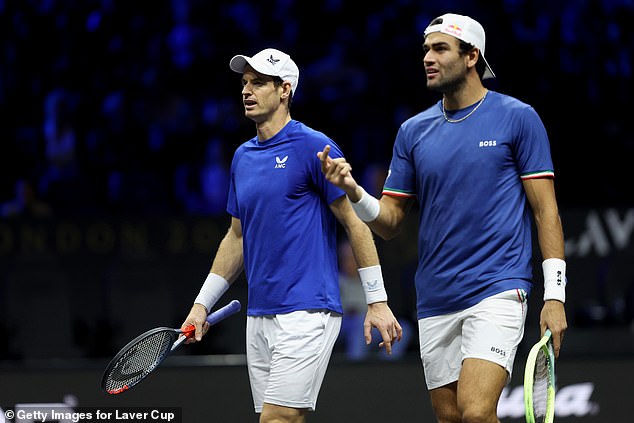 Canadian Auger-Aliassime, ranked 13th in the ATP’s singles rankings, was unable to take part in the interview due to the fact he was set to take on seven-time Wimbledon champion Djokovic in the second match. 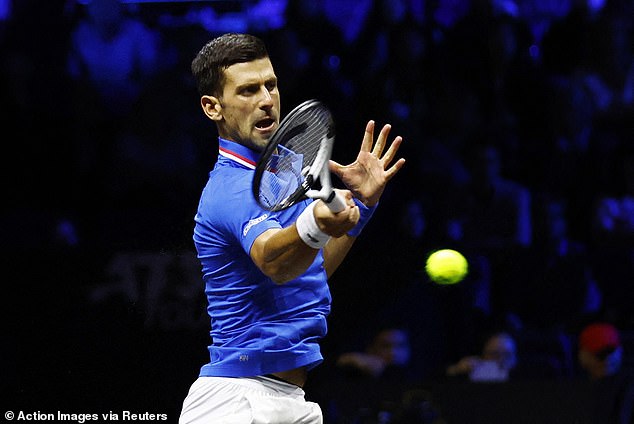 Sock and Auger-Aliassime were able to turn the tables though, with quick reflexes from the latter securing an early break and another forced a 10-point tie-breaker to decide the match.

It was Team World who held their nerve with the pressure on. Murray and Berrettini each served up double-faults before Sock’s excellent drop shot sealed victory for the visitors.

It made the overall score 8-7 to Team Europe, who need Djokovic to be at his best to beat a locked-in Auger-Aliassime.