Openly gay singer Jack Vidgen recently shocked fans by revealing that he may have had a sexual encounter with a woman during a drunken night out.

And on Friday night, he confused people even further by stepping out to dinner in Sydney with hair stylist Dylan Beehan-Quirk.

Jack, 25, and Dylan, 22, made headlines back in February when they staged a ‘faux proposal’ at the top of the Sydney Harbour Bridge.

The ring didn’t mean a thing! Jack Vidgen stepped out in Sydney with a ring on his wedding finger on Friday

However, they later insisted that they were just joking, and that Jack had only dropped down on one knee to get a fun photo for Instagram.

The singer was wearing a ring on his ring finger, which he wasn’t shy about flaunting as he made his way into The Star with Dylan trailing behind.

He was dressed in a cream ensemble consisting of casual trousers, a matching coat, and a grey T-shirt.

Dylan went for an all black look, which included a loose shirt with a plunging neckline. 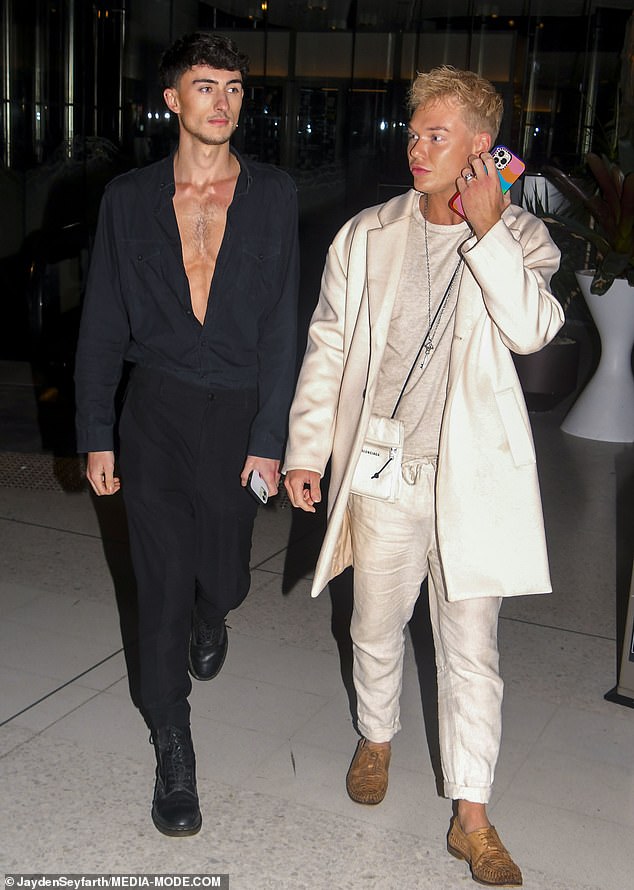 Friends: The Voice singer was joined by his friend, hairstylist Dylan Beehan-Quirk

The Australia’s Got Talent winner said on Yes, B*tch, The Podcast last week he’d recently woken up in bed with a woman after a wild night out.

‘I think I’m straight now,’ he confessed, explaining he and the woman were partially undressed when he woke up.

Jack said he’d been ‘out on the town’, where he befriended two girls, before inviting them both back to his place. 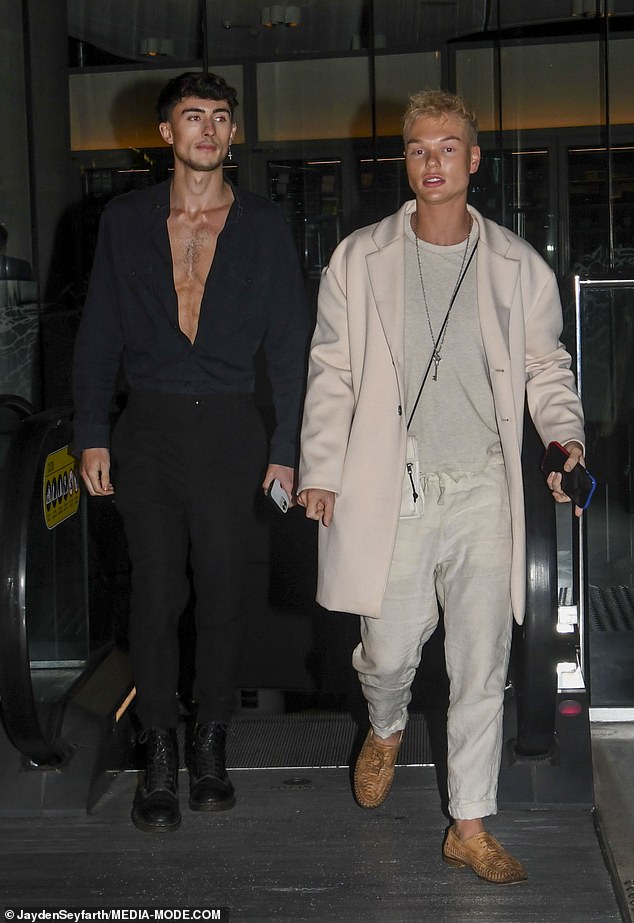 Style: He was dressed in a cream ensemble consisting of casual trousers, a matching coat, and a grey T-shirt

‘One of them went home, and then long story short, I woke up with one of them the next day. In bed. I don’t think anything happened. I’m not sure,’ he said.

‘I put her to sleep on the couch, I woke up, she was in my bed. I had undies on. She had undies on… I was very dusty in the morning.’

Jack said he’d ‘been waiting for more flashbacks to happen’ so he could make sense of what had actually happened.

The Eurovision he was keen to ‘move on’ from the tryst, but urged the girl, whose name he couldn’t recall, to ‘call me!’ 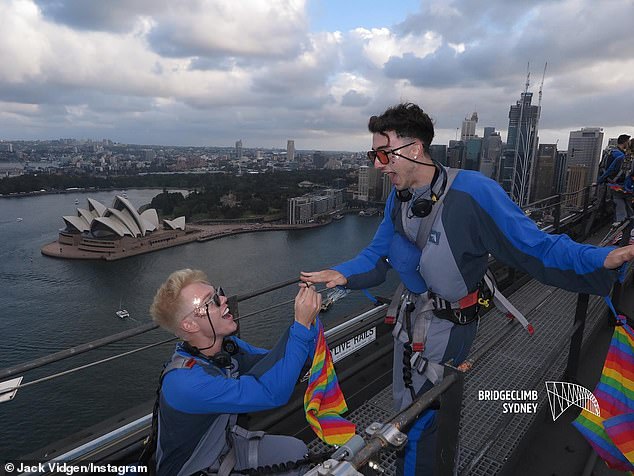 Fun: Jack, 25, and Dylan, 22, made headlines back in February when they staged a ‘faux proposal’ at the top of the Sydney Harbour Bridge