A desperate dad is still clinging to hope someone knows what happened to his son two months after his body was found underneath a tree in Byron Bay.

Jackson Stacker, 25, was travelling through the NSW north coast in a van gifted to him by his grandparents when he disappeared on July 22.

His parents, who live in Melbourne, didn’t realise he was missing until August 24. It wasn’t unusual for him to be ‘off the grid’ while travelling.

A day after they lodged a missing person report, Mr Stacker’s remains were found in farmland not too far from his abandoned van.

After his father’s initial plea for information relating to Mr Stacker’s whereabouts, there were concerns among locals that his disappearance might’ve been linked to missing backpacker Theo Hayez and Thea Liddle.

Jackson Stacker, 25, was travelling through the NSW north coast in a van gifted to him by his grandparents when he disappeared on July 22

Police have since confirmed there is nothing connecting the trio to one another, and each of the disappearances are being investigated separately.

Theo Hayez famously disappeared on his way home from the Cheeky Monkeys nightclub in May 2019.

The 18-year-old Belgian backpacker has never been seen since, and police are no closer to solving the mystery surrounding his disappearance.

For Jackson Stacker’s family, they feel there won’t be any closure until they know exactly what happened to their son.

‘Because his body had been in the elements so long, the autopsy wasn’t able to reveal a cause of death so we don’t know whether the death was self-inflicted, accidental or foul play,’ Mr Stacker’s father said. 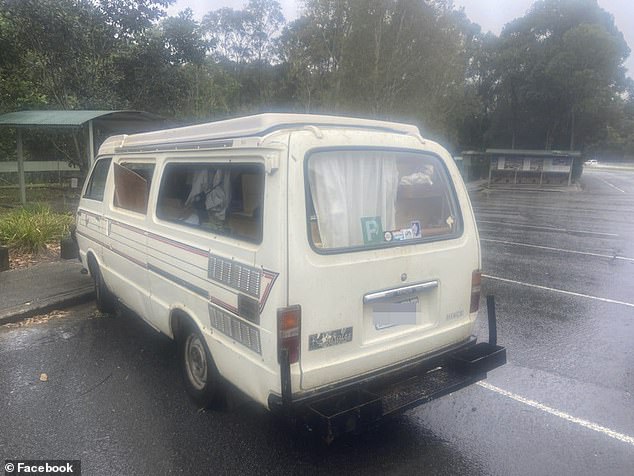 He hopes that by sharing his son’s tragic end publicly, it might jog the memory of someone in the area who saw Mr Stacker in the days leading to his death.

‘Did anyone see him? Was he alone or with somebody?’ his father asks.

‘We are seeking information or video cam of anyone who may have seen Jackson on July 22. Any information you may have could help us solve the mystery of what happened to our son.’

The Stacker family are determined to find out if their son’s death was self inflicted – and if not, ‘get some justice’ by tracking down who was involved.

‘Sounds like he was pretty sad when he spoke to people around him but that doesn’t make you suicidal,’ his father said. 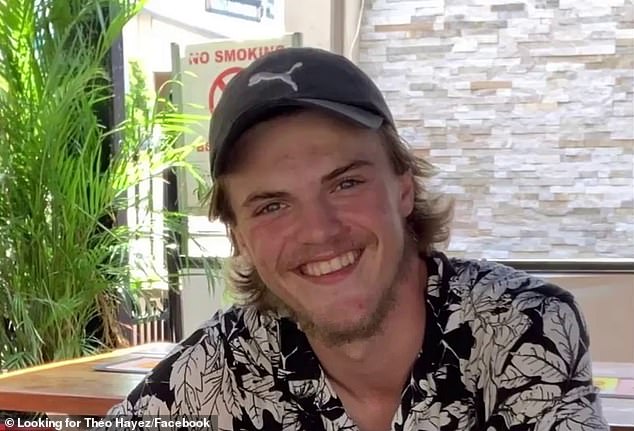 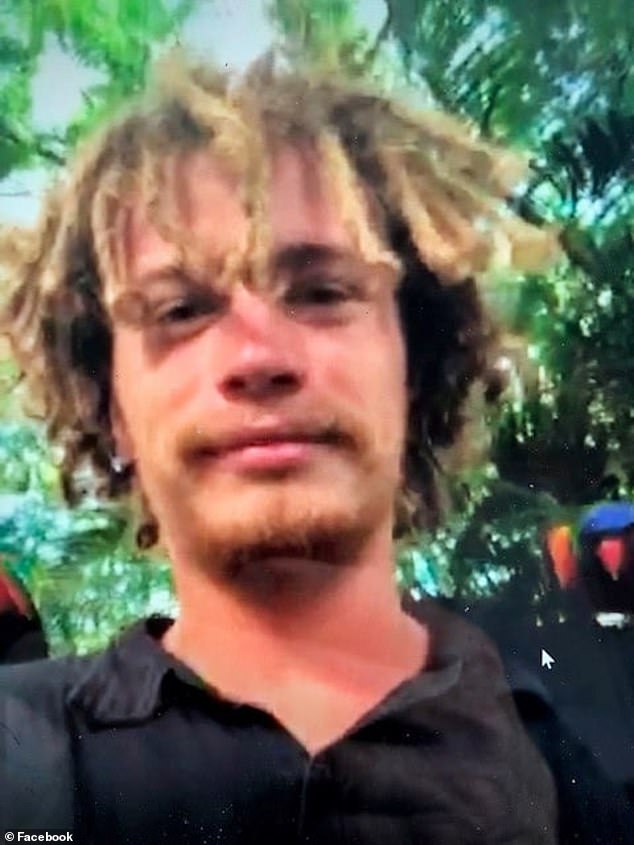 A day after they lodged a missing person report, Mr Stacker’s remains were found in farmland not too far from his abandoned van

It’s understood Mr Stacker’s body was found lying under a tree in the field. His car keys were still in the ignition.

His parents only realised he was missing when they received a phone call from a woman hoping to buy the 25-year-old’s van.

It had been parked on the side of the road at the Sleepy Hollow rest area in Pottsville for a month by the time the woman called.

‘I had tried ringing Jackson a couple of times before that just to touch base with him but just got voicemail, I wasn’t too concerned because it wasn’t unusual for him to go out of contact sometimes,’ his father Ian said.

‘When we realised the van was at this roadside stop for a month, we put out a missing person search for him.’

Mr Stacker’s remains were found the next day.

‘This is really scary, Theo, Thea and now this young boy, really, really sad. I hope they figure this out,’ one local said. 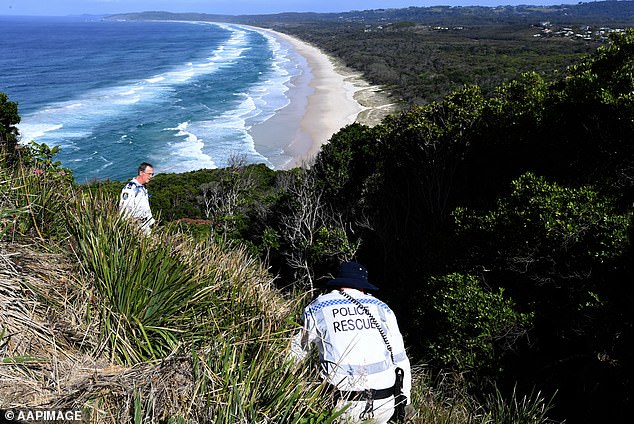 Tragic deaths and disappearances in and around Byron Bay

Theo, an 18-year-old Belgian backpacker, disappeared after a night out at the Cheeky Monkeys nightclub in May 2019.

He was not reported missing for five days.

In June last year, Hayez’s cousin Lisa revealed that Google data had tracked Theo walking through thick bushland on the night of his disappearance, and suggested he could not have done so alone.

The strongest theory for Hayez’s disappearance remains that the backpacker fell from cliffs and was washed out to sea.

A coronial inquest into Hayez’s disappearance will begin in Byron Bay in November. 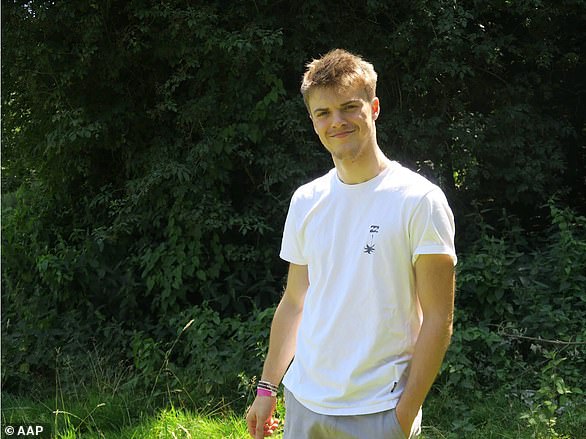 Théo Hayez went missing from Byron Bay on May 31, 2019 and had not been seen since

Ms Liddle, 42, was last seen in the Mooball area, between Byron Bay and Tweed Heads, in October 2019, but was not reported missing until January.

The former microbiologist had found herself homeless in Byron Bay and led a transient lifestyle before her death.

Police stumbled upon her remains while searching for Hayez. 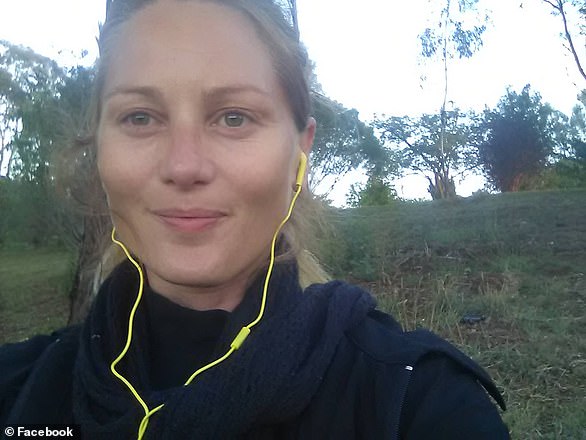 Ms Liddle, 42, was last seen in the Mooball area, between Byron Bay and Tweed Heads, in October 2019, but was not reported missing until January

Erwan Ferrieux and his British friend Hugo Palmer, both 20, were reported missing during their holiday of a lifetime in 2019.

Police feared they had drowned in Port Macquarie after their belongings were found in the sand on Shelly Beach.

In June 2019, two human bones washed up – and forensic testing revealed they are most likely Mr Ferrieux’s.

None of Mr Palmer’s remains have been found. 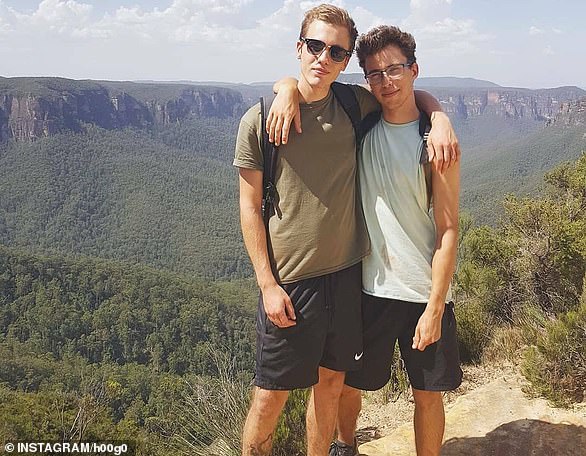