EXCLUSIVE: ‘It’s not easy to turn me into a Tory wet!’ Defiant Jacob Rees-Mogg smiles as thug tips bottle of water over him in latest assault on Brexit figure

By Sarah White For Mailonline

Jacob Rees-Mogg had a bottle of water tipped over him in the latest incident of a Brexiteer being targeted by a member of the public, MailOnline can reveal.

The Somerset MP was leaving a public speaking engagement at the Friends’ Meeting House in Euston when a handful of protesters surrounded his car.

One man shouted through a megaphone: ‘In you go Jacob, you horrible little man. Take your fascism with you.’

Another activist then approached and tried to pour a bottle of water over the MP’s head. He missed and appeared to soak his trousers.

The man with the megaphone continued: ‘Have a drink of water. It’s European water.’

The senior Brexiteer did not retaliate, but sat smiling in the black Mercedes as he was driven away. He later told MailOnline: ‘It is not easy to turn me into a Tory wet’. 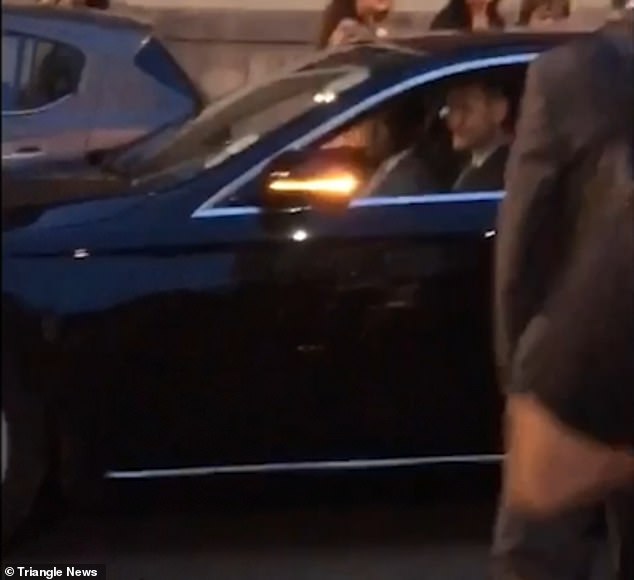 Smiling Mr Rees-Mogg was defiant, telling MailOnline: ‘It’s not easy to turn me into a Tory wet’ 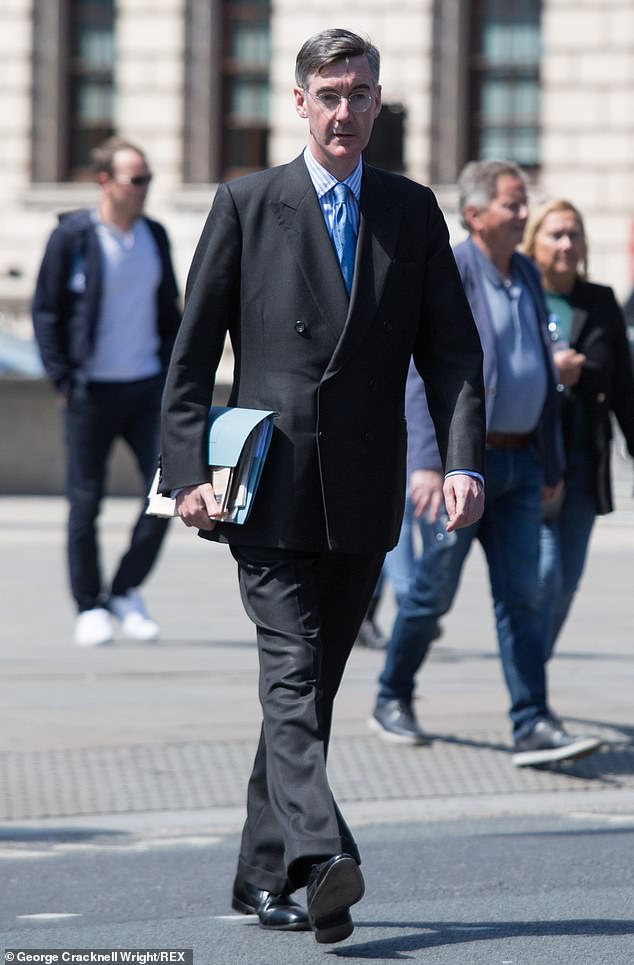 Mr Rees-Mogg was accosted after he concluded a talk to publicise his new book about the Victorians, alongside the former Labour MP Tristram Hunt, now the director of the V&A.

It comes as alarm spreads at the growing trend of attacks on Brexit figures with milkshakes, including Nigel Farage and 81-year-old army veteran Don MacNaughton.

During the European election, stands offering free milkshakes were set up outside polling stations in Kent – part of the South East England constituency where Mr Farage stood.

Drinks brand Plenish, which makes plant-based dairy-free refreshments, came up with the idea after the Brexit Party leader was hit by a milkshake last week.

Mr Farage was left with milkshake dripping down his lapels during a walkabout in Newcastle last Monday. Police said a 32-year-old man was arrested on suspicion of assault.

Paul Crowther, who was detained in handcuffs at the scene, said he threw the banana-and-salted caramel Five Guys shake to protest Farage’s ‘bile and racism’.

The far-right activist Tommy Robinson, who failed to be elected to the European parliament on Sunday, was also pelted with milkshakes during the election campaign.

Last week, a McDonald’s in Edinburgh said it had been told by police not to sell milkshakes during a Brexit Party rally.