Jacqueline Gold has revealed that the most difficult part of her breast cancer battle – which she kept secret for more than a year – was losing her hair.

The Ann Summers founder, 57, who is now in recovery, was the picture of health on ITV’s Lorraine in her first TV interview about her cancer fight, during which she revealed that she cried just once while battling the disease – when the ‘first clump’ came out.

Jacqueline, who is married to mortgage broker Dan Cunningham, 40, also revealed she hid her diagnosis from her eight-year-old daughter at first, because she feared it was ‘too harsh’ to tell Scarlett she had cancer.

‘I didn’t mention the cancer word at the beginning,’ she said. ‘I thought that was too harsh at the time.’

But with the help of Macmillan Cancer Support Jacqueline was able to reassure her daughter of any worries she had when she did reveal the truth about what she was facing.

‘I was honest with her, I reassured her and answered her questions, which I think is important because it made her feel more secure.’

Jacqueline Gold chose to keep her battle with breast cancer a secret for over a year, she is now in recovery after beating the disease in April 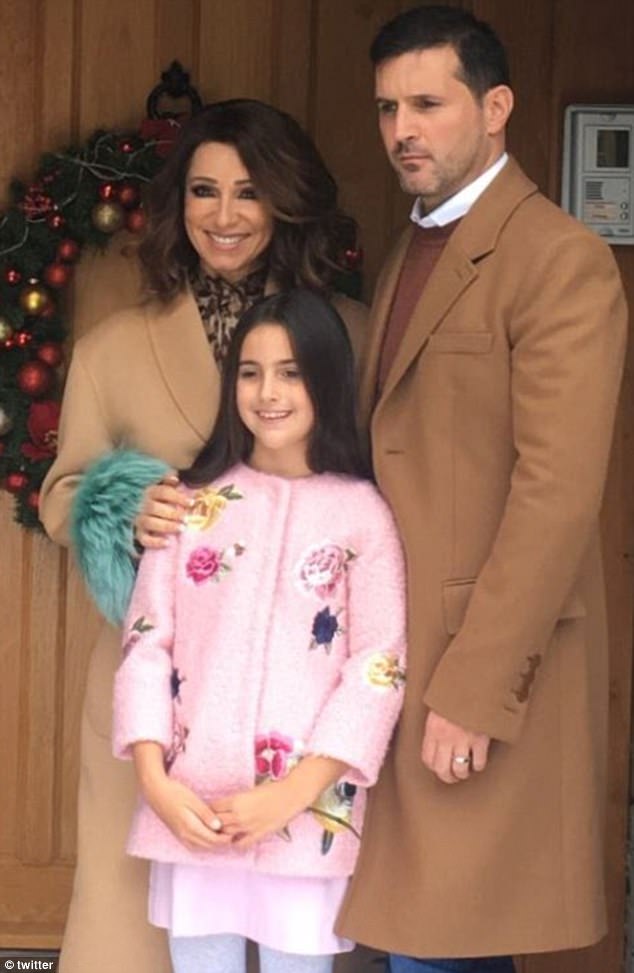 Jacqueline is married to mortgage broker Dan Cunningham, 40, and they have an eight-year-old girl, Scarlett

Jacqueline explained that after going through 12 months of ‘brutal’ chemotherapy and radiotherapy and suffering ’23 different side effects’, doctors told her she had 100 per cent responded to the treatment plan.

She said the hair loss was the side effect she found most difficult to deal with, explaining: ‘Your hair is what defines you.

‘When that first clump fell out is the first and only time I cried – you can’t underestimate how emotional that suddenly makes you feel.’

Jacqueline, who wore a wig for her appearance on the show, explained that while her hair now is growing back, she wasn’t ‘quite ready’ to show off her shorter locks.

The lingerie mogul told Lorraine that her health is now her priority, and instead of working 14 hour days she intends to focus only on things she is passionate about.

‘I’m feeling great, I feel the best I’ve ever felt,’ she said, explaining that she is now following a healthy pescatarian diet and juicing twice a day. 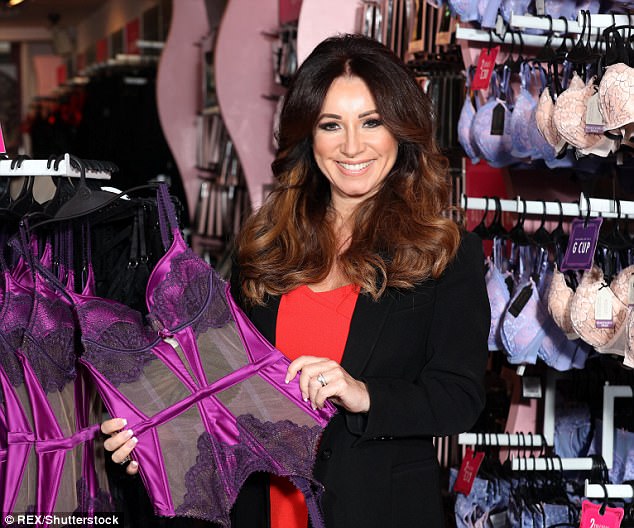 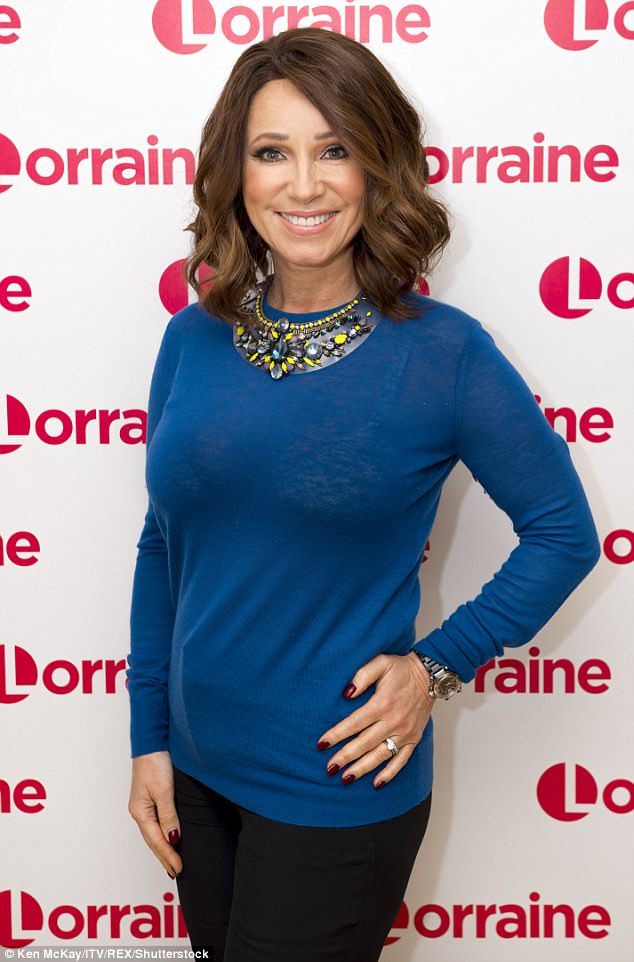 Jacqueline discovered the pea-sized lump herself in October 2016. She’d had a mammogram the previous March, but nothing was detected at the time.

‘I found my own lump and I think that is so important. This is why we can’t just rely on the machinery, we have to check ourselves,’ she urged.

‘Luckily I have always been vigilant, I check myself every month, there was some tissue that didn’t feel normal.’

The entrepreneur, who was made a CBE by the Queen and is estimated to be the 16th richest woman in Britain, is now in recovery after beating the disease in April, and said that she was looking forward to spending a Christmas with her family.

‘This time last year I was horizontal. I had everything, I had chemotherapy, radiotherapy, a lumpectomy. It really is a brutal journey. 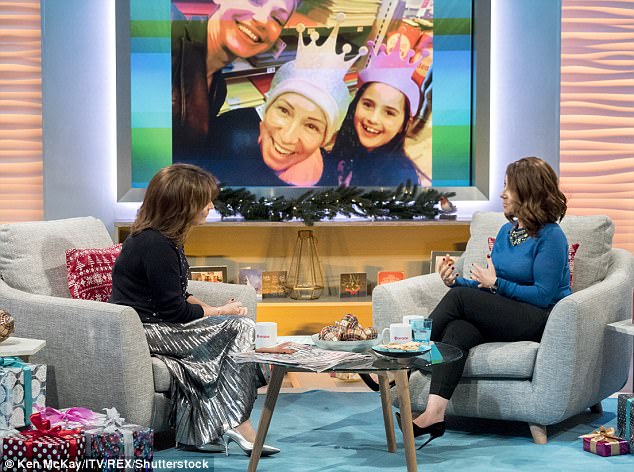 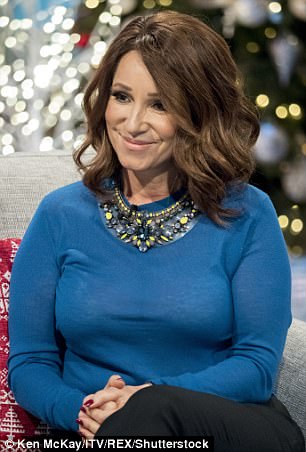 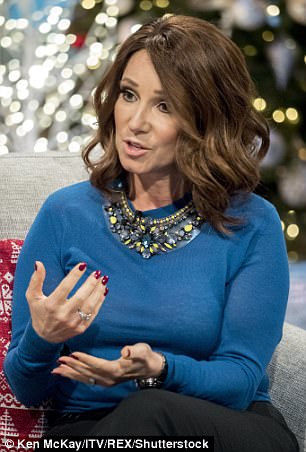 Jacqueline explained how she discovered a pea-sized lump on her breast. She told Lorraine how important it was for women to always check their own breast

‘I just wanted to play a big part in my own recovery, this is the reason I didn’t tell people.

‘I know for some people they need to share, but for me I was in such a good place mentally I didn’t want other people’s reactions to affect how positively I was feeling.

‘Everybody’s journey is different and I think that really helped me. I was very fortunate that I had a complete response to treatment, my oncologist said to me “only one per cent of patients with your type of tumour completely disappear”.

‘I felt blessed, I felt like I had won the lottery,’ she added.

Lorraine airs weekdays on ITV from 8.30am