Jadon Sancho will soon be back at Wembley in an England shirt, probably as part of the Euro 2020 qualifiers in spring, and hopefully savouring a victory which will help him put this chastening defeat down to experience.

‘I don’t have any words for the second half,’ said Sancho, disappointed after Tottenham had seized complete control of this Champions League last-16 tie with a couple of crucial late goals.

‘We tried our best but they scored and were the better team. In the first half we played really well. We dropped a bit and lost focus. We need to keep focused for the whole game.’ 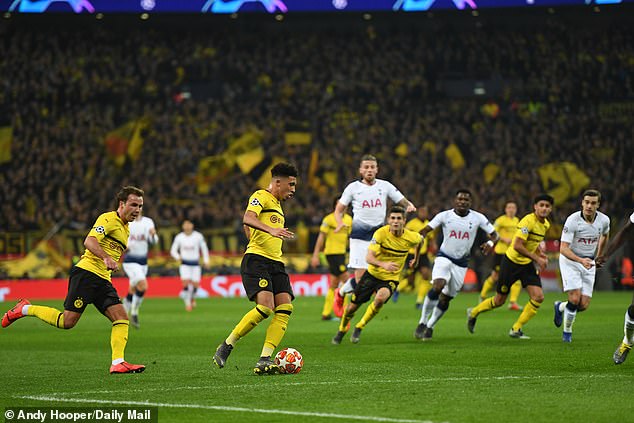 It had not been the homecoming the teenager envisaged as he sourced more than 30 tickets for family and friends ahead of his first appearance in London for Borussia Dortmund.

Sancho had started brightly, toes twinkling on the Dortmund right, creating chances and pulling Spurs defenders out of position.

‘He’s scaring the life of out seasoned Premier League defenders and I love it,’ drooled Rio Ferdinand in the BT Sport studio. ‘I’m just happy watching him.’

Harry Redknapp agreed. ‘Every time Sancho gets it and runs you get excited,’ said the former Spurs boss at half-time.

Sancho is right up Redknapp’s street; he’s his kind of player and he was genuinely delighted to see a young English footballer performing as a vital component of Dortmund’s fast and fluent attacking unit.

Mauricio Pochettino devised a plan to combat their pace and trickery, however, and it involved Juan Foyth in back-three with Jan Vertonghen released to maraud forward like Jonah Lomu at wing-back. 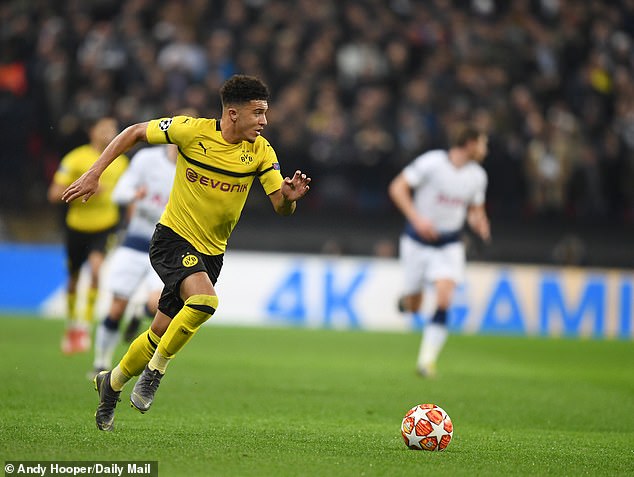 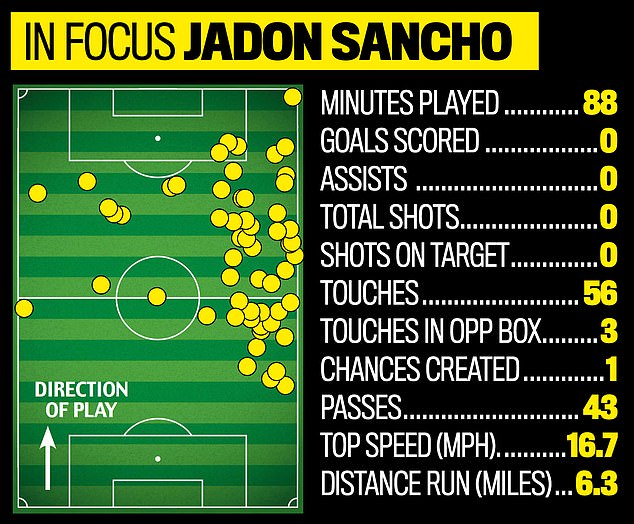 It worked spectacularly well in the second half but it did not bring instant rewards.

Midway through the first half and Sancho slipped away from Vertonghen and Toby Alderweireld, accelerated into space and turned Davinson Sanchez inside and out.

His low cross did not find a team-mate but the Germans were settling into their rhythm and Sancho was beginning to relax.

This was his third appearance at Wembley, having started for England in a friendly against America in November and appeared from the bench in a UEFA Nations League qualifier against Croatia a few days later.

The fact he was in the team with the No 7 on his back supported his bold decision to move away and his second season in Germany has been very impressive. 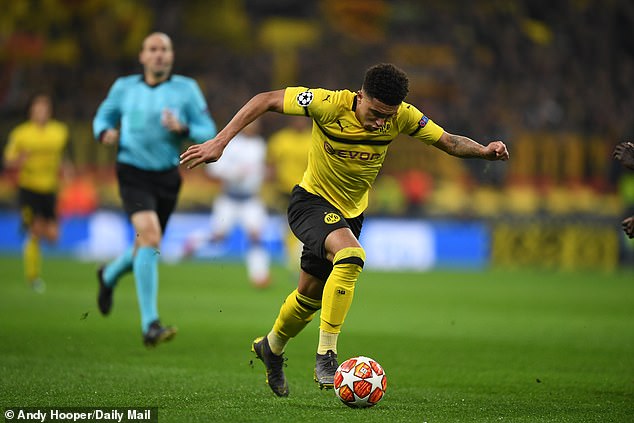 After years of physically strong and determined footballers, such as Wayne Rooney and Alan Shearer, they see greater technical excellence in the latest generation.

Sporting director Michael Zorc praised his attitude and willingness to learn under the micro-management of Lucien Favre.

And, for all his flair and footwork, the local Dortmund media pack have been impressed with his coolness and ability to make the right decisions – when to pass, when to dribble, when to hold his position, stretch the pitch and let others play in the space – and to remain clear-headed in the blur of action. 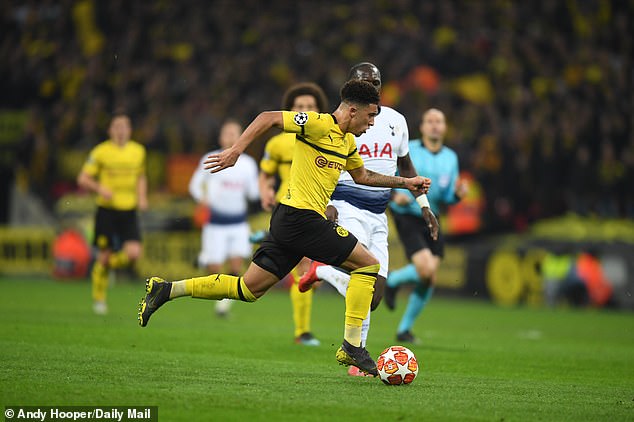 Sancho challenged the narrative about maturity and responsibility by forgetting his passport, delaying the team’s flight to London on Tuesday, but once under the Wembley arch he lived up to the billing.

Tactically, he was disciplined and he refused to be distracted when the officials somehow failed to notice a trip by Moussa Sissoko when he was in full flow.

As half-time approached, he delivered a neat clip to the back-post where Dan-Axel Zagadou climbed above Foyth to force another save from Lloris.

When Tottenham took a firmer grip after the interval it became tougher for Sancho to influence the game. 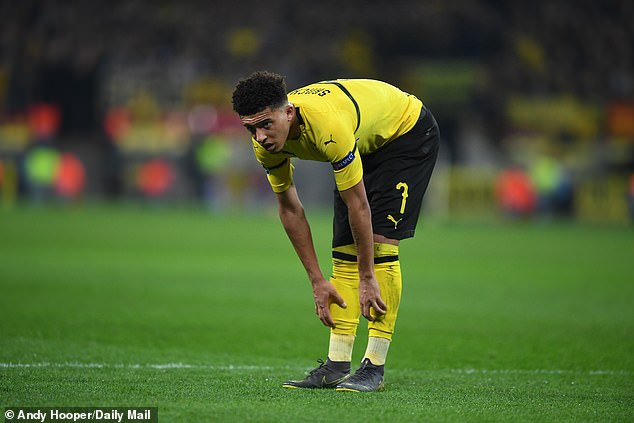 Vertonghen’s rampaging runs down the left flank forced occupied full-back Achraf Hakimi and left Sancho isolated and he tired, stretching out his cramped muscles before he was replaced in the closing minutes.

‘Hopefully next time we can handle it better,’ said Sancho. ‘I am just happy that I am in England and playing in front of my family. I am happy that I am home and I hope I gave the audience something they never knew about me.’

Dortmund, depleted with injuries, have hit a bump. They crashed out of the German Cup last week and have not won for four games but vowed to fight on against Spurs.

‘We will keep believing we can score more than them,’ said Sancho. ‘Hopefully we can get through to the next round.’