Arguably the two most scintillating young players in Europe go head-to-head in the Champions League on Tuesday, when Borussia Dortmund take on PSG at Signal Iduna Park.

Jadon Sancho’s numbers this season are pretty staggering when you consider the early-November episode which involved a humiliating first-half substitution against Bayern Munich.

The 19-year-old looks set to move away from Germany in the summer, but the constant speculation, if anything, has seen his performance level increase considerably – he scored in Friday’s win against Eintracht Frankfurt and is linking up seamlessly with January signing Erling Braut Haaland. 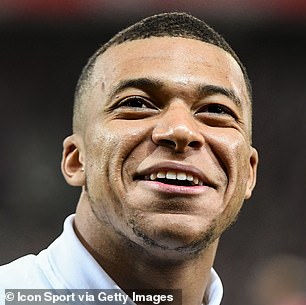 Kylian Mbappe, meanwhile, has inevitably continued his rich scoring form in Ligue 1 this season despite his very public fallout with manager Thomas Tuchel.

Disgruntled about being substituted in a routine victory at the beginning of February, the World Cup winner made his feelings known in no uncertain terms to Tuchel, thought the pair are said to have settled their differences amicably.

But just how do these two compare this season, given both have made the grade at the top level at such a tender age?

SANCHO VS MBAPPE THIS SEASON

Starting with Sancho, what is most striking about his set of statistics are that for his respectable goal-scoring figures, the number of assists he has recorded is even higher.

Overall, the England international has been involved in 33 goals this season in 30 appearances, with 17 assists to go with his 16 goals.

This stat, somewhat of an anomaly among the majority of attacking players across Europe, is testament to his naturally creative instincts in and around the penalty area and not always necessarily his willingness to get on the scoresheet.

He is on a lightning run of form too – he has played a part in a Borussia Dortmund goal in 10 out of their last 11 Bundesliga games, scoring at least once in nine of those matches.

In the Champions League too, he scored in a defeat at the Nou Camp in the group stages and scored and set up a goal in the pivotal 2-1 win against Slavia Prague on matchday six. 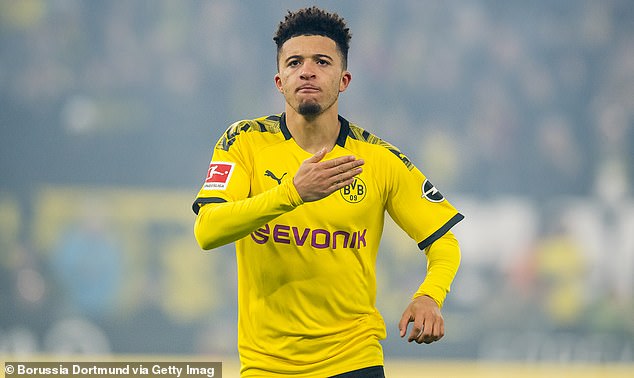 For Mbappe, the more experienced of the two at 21 and with a World Cup triumph already under his belt, his 2019-20 figures are also impressive, though that includes goals in an invariably weaker division in Ligue 1.

Indeed, once again PSG are running away with the French title – they’re 10 points ahead of second-placed Marseille – and Mbappe is PSG’s top scorer with 15 Ligue 1 goals, two ahead of team-mate Neymar.

But the whole world knows that, as with every season, the Champions League is PSG’s priority.

In fact, it is such a priority that Mbappe was rested for Saturday’s 4-4 draw at Amiens, not even making the bench. A statement of intent if ever there was one. With the league wrapped up, Tuchel must progress to the latter stages in Europe, or else.

Before Christmas, PSG ran away with a group which included 13-time winners Real Madrid. Mbappe scored a hat-trick at Club Brugge and found the back of the net at the Bernabeu in a 2-2 draw which secured top spot in Group A. 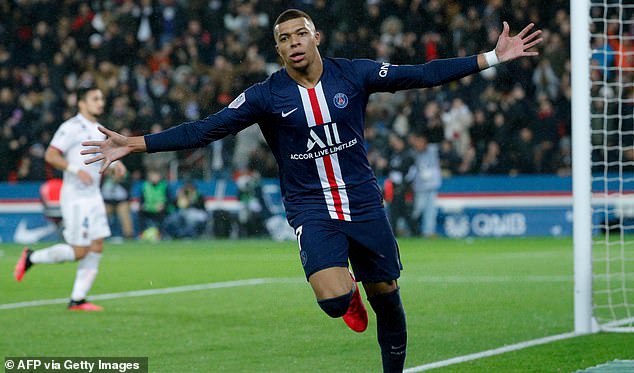 And yet for all their remarkable statistics, it has not been plain-sailing for Sancho and Mbappe this season, particularly in terms of their relationships with the man in the hotseat.

Sancho’s fallout was first. A lacklustre opening 36 minutes, in what eventually was a 4-0 defeat by Bayern at the Allianz Arena, resulted in Dortmund boss Lucien Favre substituting the Englishman.

Later, perhaps unsurprisingly, it emerged that the teenager felt ‘humiliated’ and ‘like a scapegoat’ following the incident. 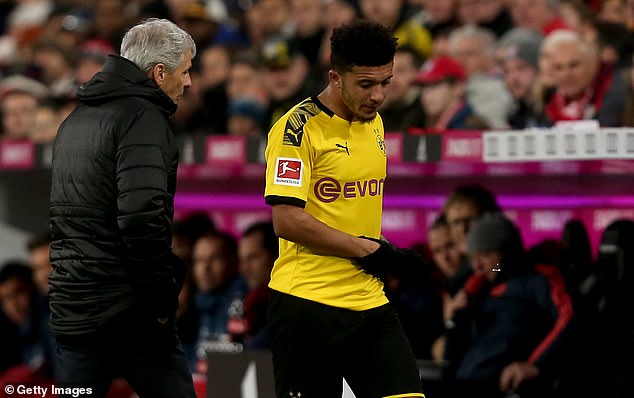 Sancho looks dejected as he trudges off the pitch in November, with Lucien Favre behind him

That triggered a host of rumours about his future and although his form has recovered, he looks bound for a return to the Premier League, with Manchester United, Chelsea and Liverpool top of the shortlist currently.

He also received criticism in the German press for his antics whilst holidaying in Dubai during the winter break.

He was videoed ordering a ‘golden steak’ believed to have cost £268 from the restaurant of celebrity chef Salt Bae, which is said to have agitated the PR department at Dortmund.

However, Dortmund’s acquisition of Haaland, Red Bull Salzburg’s teenage marksman, seems to have revitalised Sancho, heading into a crucial period of the season.

As Dortmund fight for honours both domestically and in Europe, Sancho holds the key to unlocking any defence across the continent, with his directness and eye for the sublime often a game-changer in the final third.

With Mbappe, the fallout was strikingly similar. Winning 5-0 against Montpellier on February 1, Tuchel hauled Mbappe off after 68 minutes much to the disgruntlement of the 21-year-old.

Seemingly attempting to explain his decision to Mbappe, Tuchel held the striker for a number of seconds before Mbappe walked towards the bench, clearly riled by the decision. 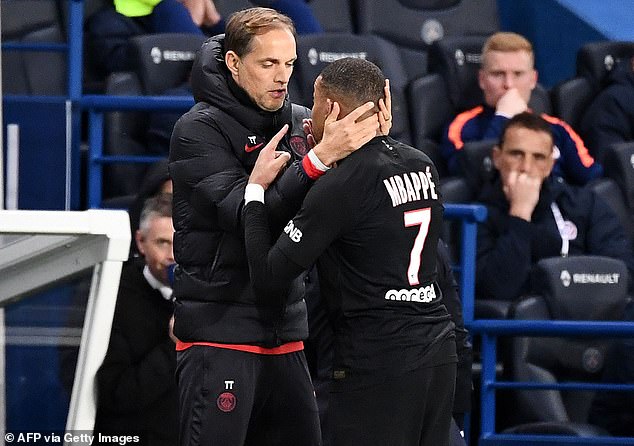 Thomas Tuchel has words with Mbappe after his substitution against Montpellier

Inevitably, this has resulted in speculation about Mbappe’s future too, with Real Madrid a constant link. However, Tuchel knows he needs his best player – alongside Neymar – to be firing on all cylinders as the French champions continue their long-running quest for European glory.

They were dumped out of the competition at the last-16 stage last season after a contentious last-minute VAR call went against them against Manchester United and despite their riches, they are yet to progress beyond the quarter-finals of the competition.

For Mbappe, his team-mates and particularly manager Tuchel, Tuesday night and the subsequent return fixture at the Parc des Princes on March 11, is a season-definer. 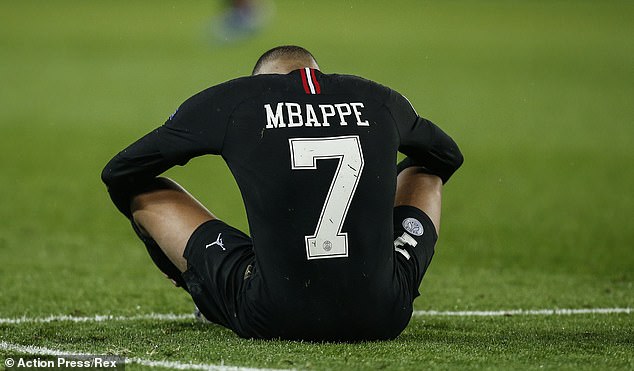 After three successive seasons of last-16 misery, the whole club knows they can barely avoid to falter this time round. Whilst it is a tricky tie in an intimidating first-leg atmosphere, PSG are the firm favourites given their group-stage form.

The 21-year-old himself will likely play alongside Mauro Icardi in attack, with Neymar and Angel di Maria in support. Quite a line-up, and Mbappe will look to use his pace in behind a probable Dortmund centre-back pairing of Mats Hummels and Manuel Akanji.

Sancho, on the other hand, will operate from the right. Likely to be up against Spain international Juan Bernat, the former Manchester City player will fancy his chances if he is given space to work his magic.

Both Sancho and Mbappe are potential match-winners for their respective sides, and both know this is the night to stand up and be counted.

Nonetheless, this match is tailor-made for Mbappe to steal the show. He is desperate to guide the Parisians to success in Europe – his current personal-best in the Champions League came in 2016-17, with ex-club Monaco. 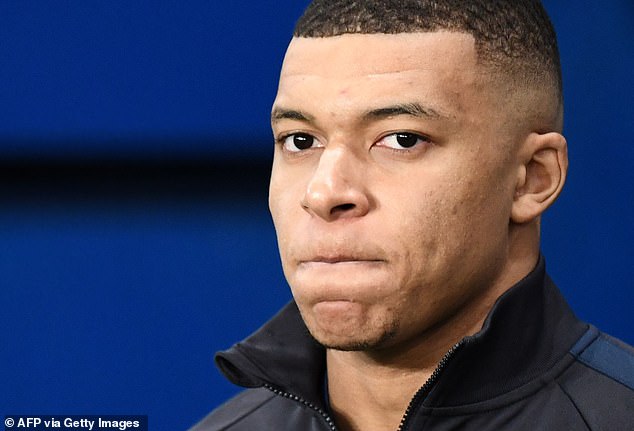 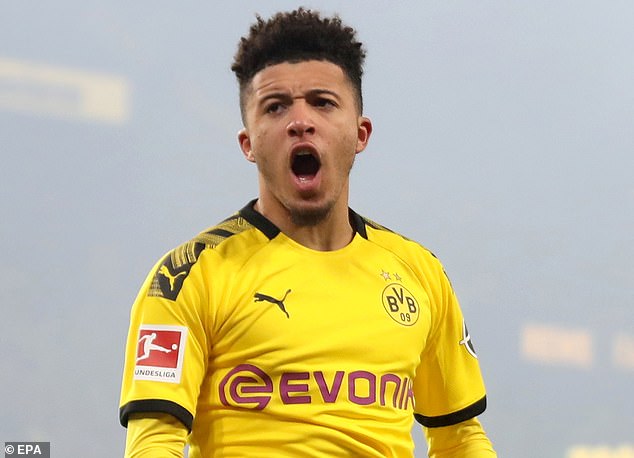 Why will he come out on top? Well, he is a more developed player than Sancho, and playing down the middle he has more of an opportunity to provide the finishing touch in front of goal, and his searing pace will cause havoc up against what is generally a leaky Dortmund defence.

Plus, and most crucially, whether it be at club or international level, Mbappe has had a tendency in his short career thus far of producing the goods when it matters most, on the biggest stage.

Take the 2018 World Cup for example: he shone and stepped up when France needed him in the last-16 against Argentina, scoring twice, while he also became the first teenager to score in a World Cup final since Pele when he got on the scoresheet against Croatia. 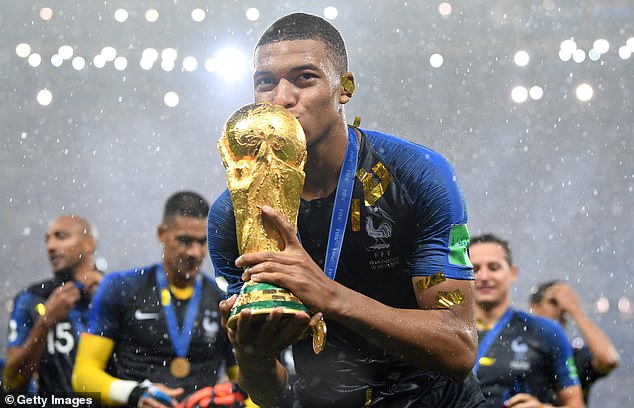 Sancho, on the other hand, has no previous for performing on this sort of stage. His time will come. It is just unlikely to be now.

In the infancy of his career, he is still fighting for a starting spot in Gareth Southgate’s England XI and although he is on great form, it is a formidable PSG line-up he is up against tonight, who will be chomping at the bit to make amends for countless years of near-misses in the Champions League.

Whether it be at Dortmund or at a future club in England, Sancho will no doubt have numerous opportunities to be the man in the spotlight in European football. On this occasion though, the stage is set for Mbappe to be the main man.