Psychotic knifeman, 27, slashed a cleaner’s throat in a shopping centre toilet after ‘hearing voice of Metallica singer’ in his head

A psychotic man who slashed a cleaner’s throat from ‘ear to ear’ after claiming to hear voices of Metallica band members has been found not guilty of attempted murder due to mental incompetence.

Jai Penning, 27, was charged over an attack on a 30-year-old woman in the Parabanks Shopping Centre, at Salisbury in Adelaide, in July 2018.

Penning believed he heard the voices of the heavy metal band’s lead singer, James Hetfield and drummer Lars Ulrich, along with the devil, who told him to kill himself and carry out the attack, the South Australian Supreme Court heard on Wednesday.

Despite suffering multiple cuts to her hands and face from Penning’s 30cm long knife, the woman miraculously survived as her attacker fled in his car.

Jai Penning, 27, (pictured) was charged over the attack of a 30-year-old woman in the Parabanks Shopping Centre, at Salisbury in Adelaide, in July 2018

Penning had been under the influence of cocaine, ecstasy and amphetamines, and was suffering a psychotic episode due to his treatment-resistant schizophrenia, the ABC reported.

Justice Sam Doyle said he became ‘overwhelmed’ by the voices in his head on the day of the attack.

‘They persuaded him to take his own life but before doing so, they instead encouraged or drove him to carry out the attack he did. The place and victim of the attack were essentially random.’

The cleaner had been in a staff only toilet cubicle around 7.30pm on the day of the attack.

After leaving the cubicle, she was approached by Penning and tried to back away, but was then slashed numerous times as he waved around the kitchen knife.

The woman miraculously survived as her attacked fled in his car (pictured,  bloodied clothes following the attack in the shopping centre in July 2018) 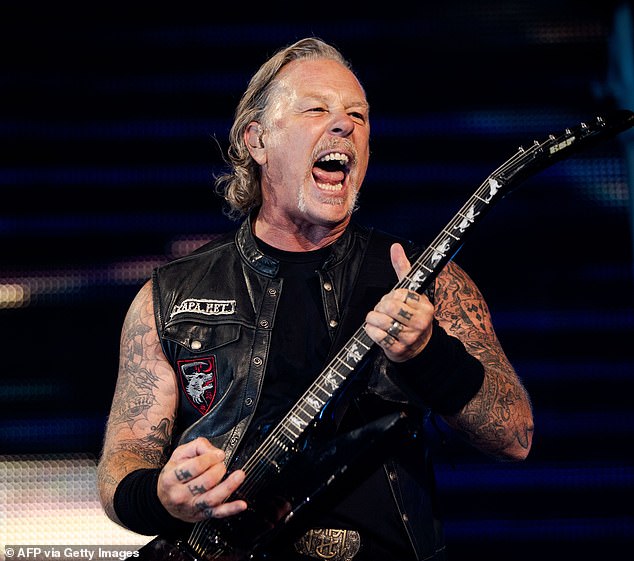 Penning believed he had heard the voices of the heavy metal band’s lead singer, James Hetfield (pictured) and drummer Lars Ulrich at the time, the court heard

The woman attempted to run for the door but was then stabbed in the back by Penning.

‘Significantly, while holding her head back to expose her throat, he used the knife to make a deep cut across her neck. It was described in the medical evidence as an “ear-to-ear laceration of her neck”,’ Justice Doyle said.

The woman passed out but eventually came to and alerted security who called an ambulance, which took her to hospital to undergo eight hours of surgery.

Had the cuts been just a few millimetres deeper, the cleaner could have died, the court heard.

Penning was found to have searched ‘psychotic’ and ‘plea of insanity’ in the days after the stabbing.

He will appear in court again in September for sentencing submissions. 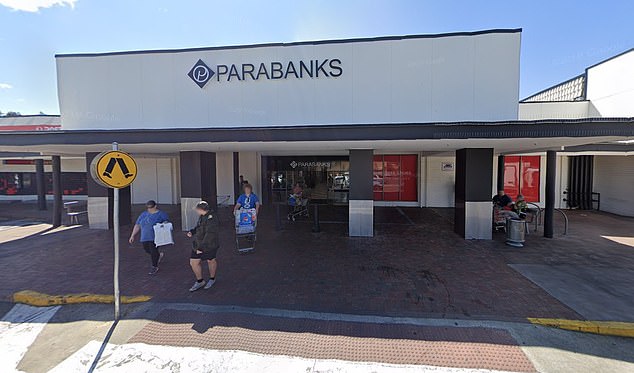