A man who imported a child-like sex doll has had his sentence reduced at the Court of Appeal – because no offence would have been committed if he had bought it from a UK company.

The prosecution of 49-year-old Andrew Dobson, who was jailed for a total of 32 months at Chester Crown Court in June, was the first of its kind in the UK.

Dobson, of Wistaston, Crewe, who lost his well-paid engineering job in the defence industry after his conviction, was given a two-year sentence for the offence plus eight months for making indecent images of children.

The 108cm female doll, which police described as ‘a pornographic manifestation of a child’, was seized by customs in September 2016. 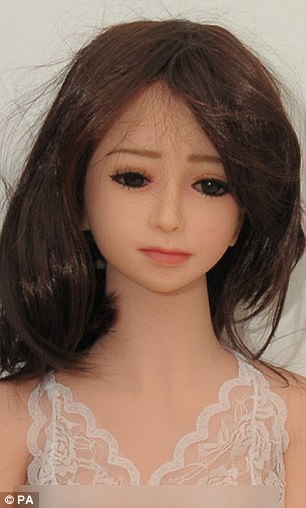 Andrew Dobson (left), 49, who imported a child-like sex doll (right) has had his sentence reduced at the Court of Appeal – because no offence would have been committed if he had bought it from a UK company

The sick item came with a negligee, face mask, blindfold, gloves and even a ‘cavity warmer’ to give it a more ‘life-like feel’.

It had come from Hong Kong and was packaged as ‘sample of mannequin’.

Officers went to Dobson’s home and found images of ‘some of the worst type of abuse’ of young children on his computer, said Sir Nicholas Blake, in London on Thursday.

The judge, sitting with Lady Justice Hallett and Mr Justice Langstaff, heard that if Dobson had bought the doll from a UK company, no offence would have been committed at all, and it was a matter for Parliament whether to criminalise such articles.

Reducing Dobson’s sentence to a total of 18 months, he said that the most serious offence was the possession of the ‘truly dreadful’ category A images.

That merited a sentence of 12 months with six months added for importing the doll.

Dobson, who was of previous positively good character and pleaded guilty, had imported a single item for his own use and there was no intention of distribution.

A pre-sentence report said he was at low risk of repeat offending.

The judge said it was not disputed that the doll was an obscene or indecent item which had the potential for encouraging an unhealthy interest in children.

‘The prohibition on importation of such items needs enforcement, and clearly potential customers for such dolls should be deterred from bringing them to the UK.’

But, the intended age of the doll, which had sexual characteristics consistent with post-puberty, was ‘somewhat ambiguous’, and it was not specifically aimed at stimulating interest in very young children.

He concluded that the trial judge’s assessment of the structure of the sentence for the offending overall was in error. 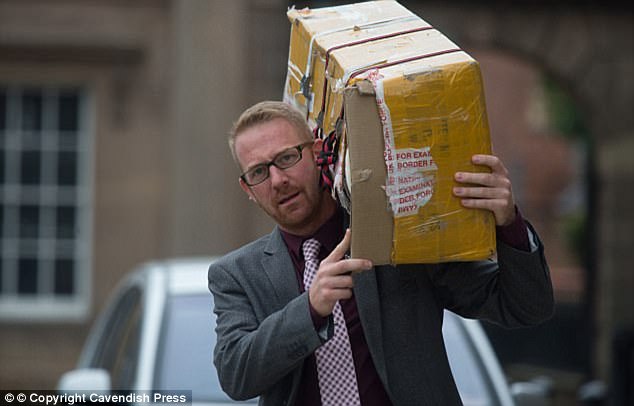 Above, Det Con Andy Kent of Cheshire Police with a box containing the child-sized sex doll