The leaders of some of the most powerful gangs in Ecuador have opened up on how their organizations and rivals are able to hold on to power inside the prison that was the site of the deadliest riot in the country’s history last month.

The Guayaquil Penitentiary Complex is overrun by six ruthless gangs that have been able to exert their influence over the Guayas Regional Jail and the Litoral Penitentiary, where a turf war erupted the morning of September 28, leaving 118 prisoners dead.

While the Guayas Regional Jail is under the total control of Los Choneros, the prison atmosphere at the Litoral Penitentiary is a bit more complex, where six gangs have a say over the day-to-day lives of an entire inmate population spread out across 12 pavilions, according to a report by Ecuadorian digital news outlet La Posta.

Ecuador ‘s Attorney General’s Office told DailyMail.com that an investigation is ongoing into the recent events that have taken place at the prison, but declined to comment specifically on the allegations related to La Posta’s report.

Under José Adolfo ‘Fito’ Macías Villamar and Alexander ‘Junior’ Roldán Paredes, Los Choneros, a faction linked to Joaquín ‘El Chapo’ Guzmán’s old Sinaloa Cartel, has a stronghold over five pavilions at the Guayaquil jail, which is located about 260 miles from the capital, Quito.

Macías Villamar and Roldán Paredes have shared the gang’s leadership since 2018 extradition of Edison Prado, also known at the ‘Pablo Escobar of Ecuador,’ to the United States. He was accused by the Department of Justice of trafficking 250 tons of cocaine between 2016 and 2017.

The Tiguerones, who are led by William Joffre Alcívar Bautista and tied to the Jalisco New Generation Cartel, control a pavilion and are considered Los Choneros’s main rival. Alcívar Bautista reportedly ordered an unsuccessful hit against Macías Villamar in February.

Antonio Benjamín Camacho Pacheco’s gang, the Chone Killers, are a close ally of Los Choneros and run their own pavilion.

The Lobos, who are led by Wilmer Geovanny Chavarría Barre from the prison, and a sixth faction led by a gang member known as Samir, each control one. 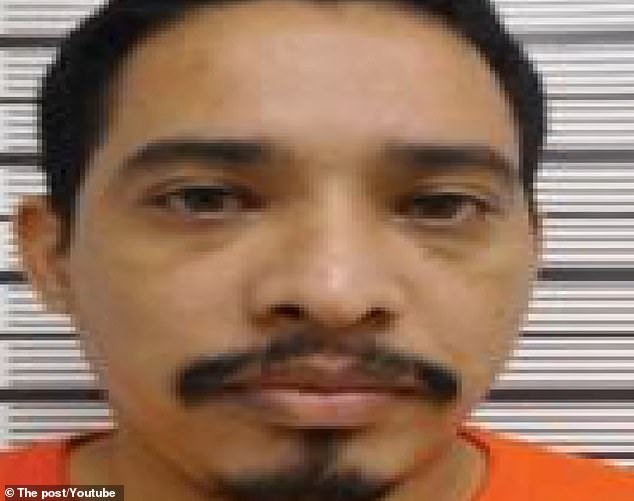 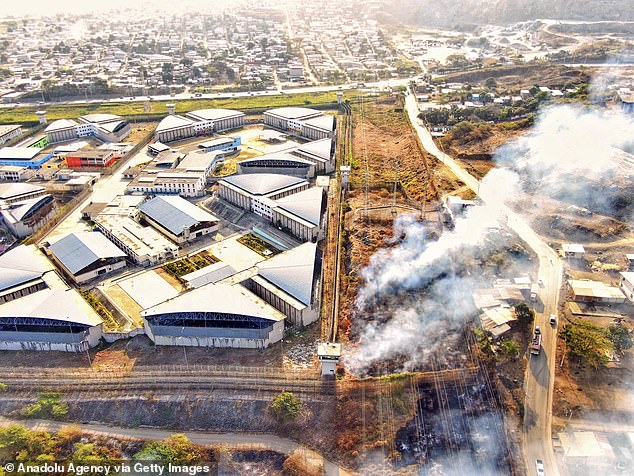 According to Macías Villamar, who is serving a 30-year murder sentence at the Guayas Regional Jail, the criminal groups operate at will by bribing prison guards and police officers with $80 to $100 a day.

By having the guards and cops on their side, the gangs can smuggle cellphones, drugs, grenades, guns and rifles that allows each pavilion to operate at free will and in turn generate up $200,000 a month or $280 million a year that is split between both law enforcement and the criminal network leaders, La Posta reported.

Inmates on average pay guards $300 to smuggle phones and $30 a week to use routers for internet service.

The gangs also run a loanshark program in each pavilion, lending out anywhere between $5,000 to $50,000 that draws 30 percent to 100 percent in fees, with guards and the police receiving 10 percent in kickback payments. They also operate food stands, which have practically replaced the jail’s commissary.

Gangs also ring in extra cash by renting out cells and mattresses to prisoners.

The Guayaquil Penitentiary Complex in Guayaquil, Ecuador, is run by six gangs that have been able to exert their influence over the Guayas Regional Jail and the Litoral Penitentiary. 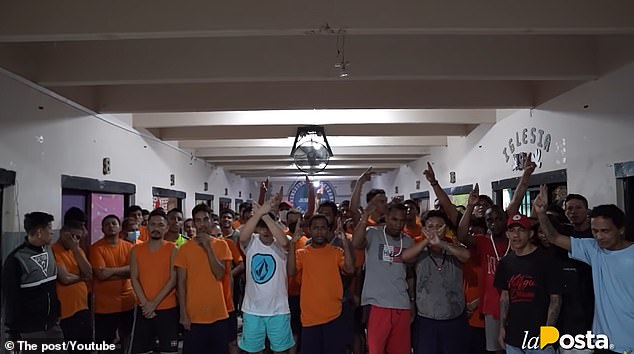 “Over at the (Litoral) Penitentiary, the guard charges you. If you have one phone they charge you $ 25, if you have two they charge you $ 50 per week,’ Macías Villamar explained. ‘What’s going on? What happens is that there is a mafia and the mafia are the guards, you have to give the guards their weekly (dues) or that son of a b**** makes your life impossible. The cops that are there may be corrupt, too.’

One high-ranking gang member interviewed by La Posta recognized that politicians are just as complicit as the crooked guards and cops who are easily bought by the criminal groups.

‘I believe that a policeman is like a prisoner, he is priceless if he feels pressure from many people who are doing it. Today, police, prisoners, guides, live in distress,’ the gang member said. ‘But it is not because of the crime issue, it is not because of the alleged prison (gang) leaders. Rather, I believe that it comes from a political system or an administration, a bad administration … people with ties with enough power to make policemen, guards cry. Where have you seen this?’ 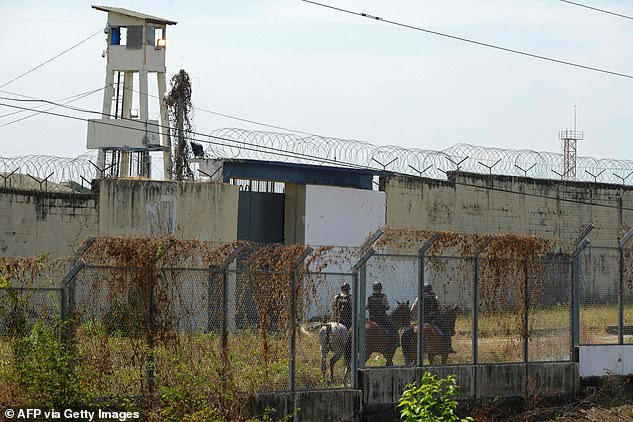 The Litoral Penitentiary in Guayaquil, Ecuador, was the site of the deadliest riot in the country’s history when 116 inmates were killed September 28 due to clashes involving gangs linked to Mexico’s Sinaloa Cartel and the Jalisco New Generation Cartel

Over the last 18 months, at least 200 prisoners have died in prison riots, including the September massacre at the Litoral Penitentiary which President Guillermo Lasso attributed to the growing influence of Mexican criminal organizations.

Ecuador is suffering a wave of violence at its prisons, which house some 39,000 people. Prison violence also killed 79 people in February and 22 in July.

While Lasso vowed to pump $24 million in funds to reform the Litoral Penitentiary and regain control of the complex, Roldán Paredes vowed that more bloodshed will come if he and Macías Villar were to be transferred to other jails where they will be most likely killed.

He already survived a murder attempt on September 13 when a rival gang deployed a drone with explosives which tore apart a section of the roof a Guayaquil Regional Jail pavilion where he is being held at.

‘You know that that would be a sudden death, brother,’ Roldán Paredes said,  ‘because if we are transferred, all the prisons are going to rise as you have no idea and they are going to hang whoever has to hung, you understand?’