BT Sport presenter Jake Humphrey has been criticised by fans for making a poorly-timed joke after Rio Ferdinand hinted his wife’s death ended his ambitions of becoming a manager.

Humphrey, who has been the face of BT Sport’s Premier League programming since the 2013–14 campaign, was anchoring the coverage of Tottenham’s game with Chelsea on Saturday afternoon.

After the game, Ferdinand was discussing his plans for the future and admitted he would have loved to have pursued a career in management before his personal situation altered his plans. 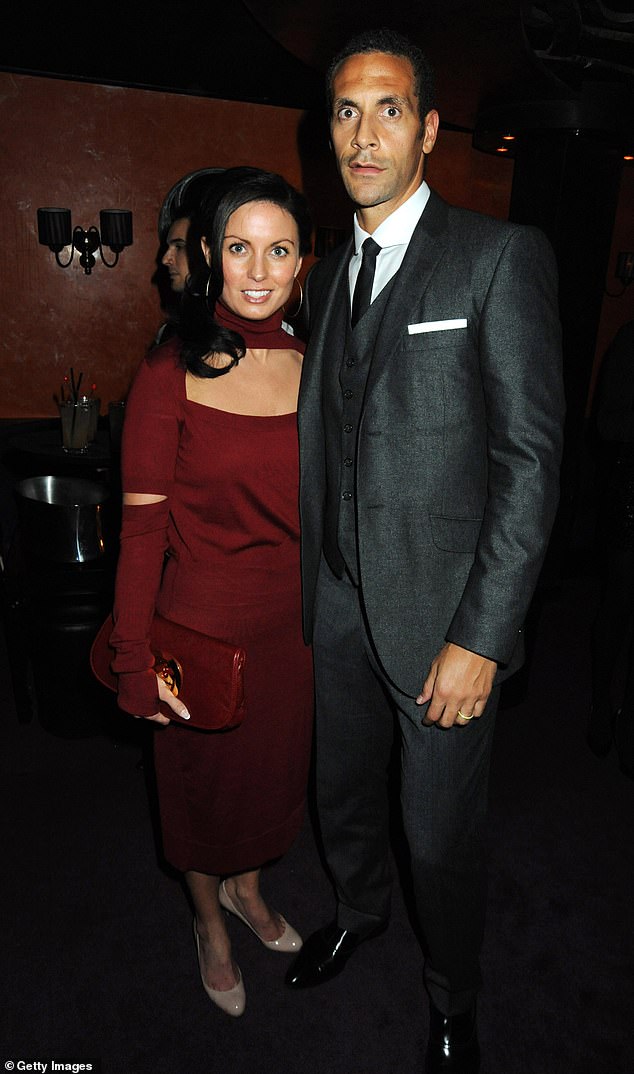 The former Manchester United defender tragically lost his wife, and mother to their three children, Rebecca to breast cancer in 2015 at the age of 34.

Ferdinand said: ‘In an ideal world I would have loved to have gone into coaching… and potentially a managerial role.

‘But circumstances change for whatever reason in life and you’ve just got to make do with it.’

At that precise moment and unaware of what Ferdinand was referring to, Humphrey interrupted and replied: ‘What you mean is you get well paid to sit in here and watch football… that’s easier.’ 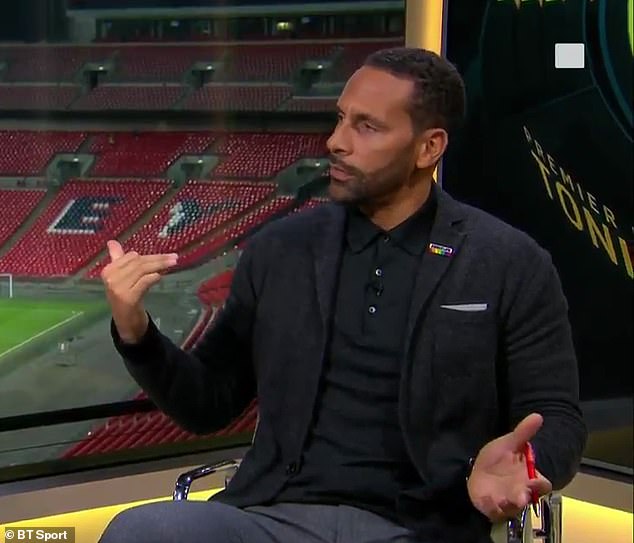 Unaware of what Ferdinand meant, Humphrey joked that watching as a pundit was ‘easier’ 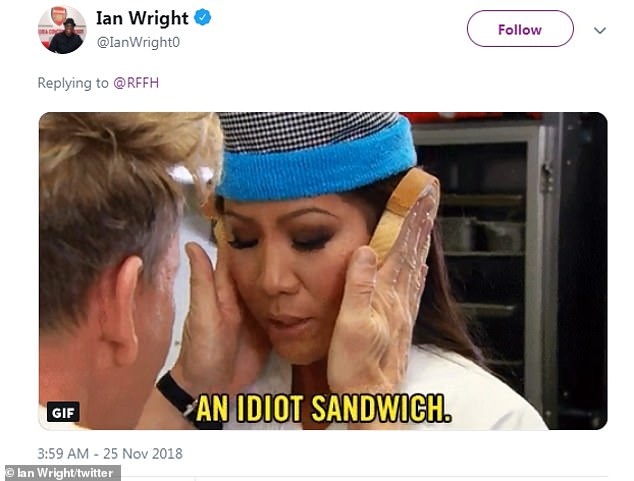 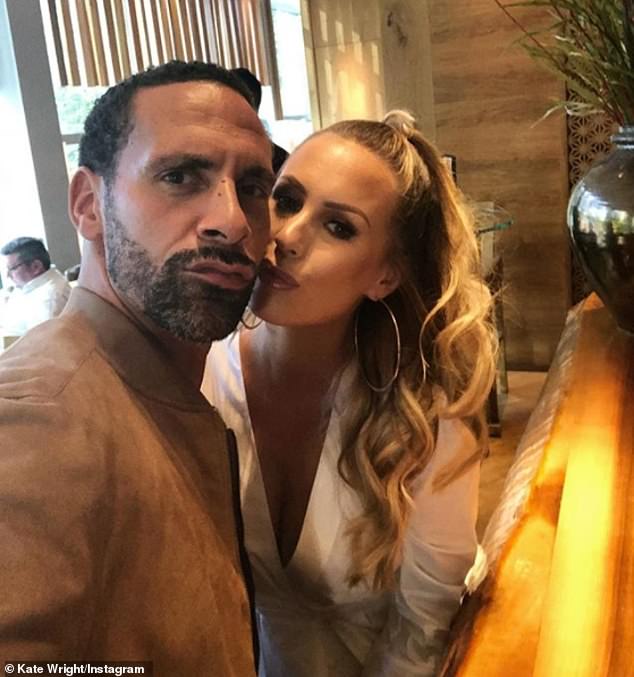 Humphrey has faced enormous backlash from the incident on social media, including from Arsenal legend Ian Wright.

He posted a famous Gordon Ramsay GIF on Twitter, describing Humphrey as ‘an idiot sandwich’.

Others also accused Humphrey of insensitivity.  @CraigLudlow7 commented: ‘Never have and never will like @mrjakehumphrey as a sports presenter, he has as no personality, s**** jokes and offence to ex players. This is bang out of order.’

‘Just saw the clip of @mrjakehumphrey being totally out of order with @rioferdy5 and full credit to Rio for maintaining his composure’.

Ferdinand, who won six Premier League titles and one Champions League at Old Trafford, is now engaged to former The Only Way is Essex star Kate Wright.