Country crooner Jake Owen and his girlfriend Erica Hartlein have welcomed their first child together.

The 37-year-old Florida native took to Twitter Monday with the good news, paying homage to a musical legend in the process.

The Barefoot Blue Jean Night artist and Hartlein, who began their relationship two years ago, initially revealed they were expecting on the ABC Thanksgiving special I’m Coming Home.

In a segment with his parents and twin brother Jarrod, the singer said, ‘Erica and I will be having a little addition to our Owen family.’

The I Was Jack (You Were Diane) performer – who’s dad to a daughter named Pearl, six, with his ex-wife Lacey Buchanan – told People that it was ‘just as exciting’ being an expectant dad the second time around, noting that he was ‘more calm this time’ and comfortable as he prepares to raise another daughter.

‘To be blessed with another beautiful little girl is a big deal because I do think that it takes special men to be a great dad to a little girl,’ the Down to the Honkytonk artist said. ‘And I feel like, thanks to Pearl, she’s shown me how to be a good father to little girls, and I’ll be a great father to Paris because of that.’ 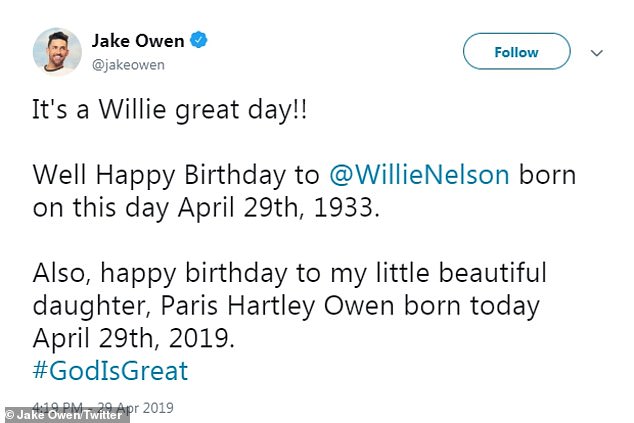 Announcement: The Florida native took to Twitter Monday with the good news, paying homage to a musical legend in the process 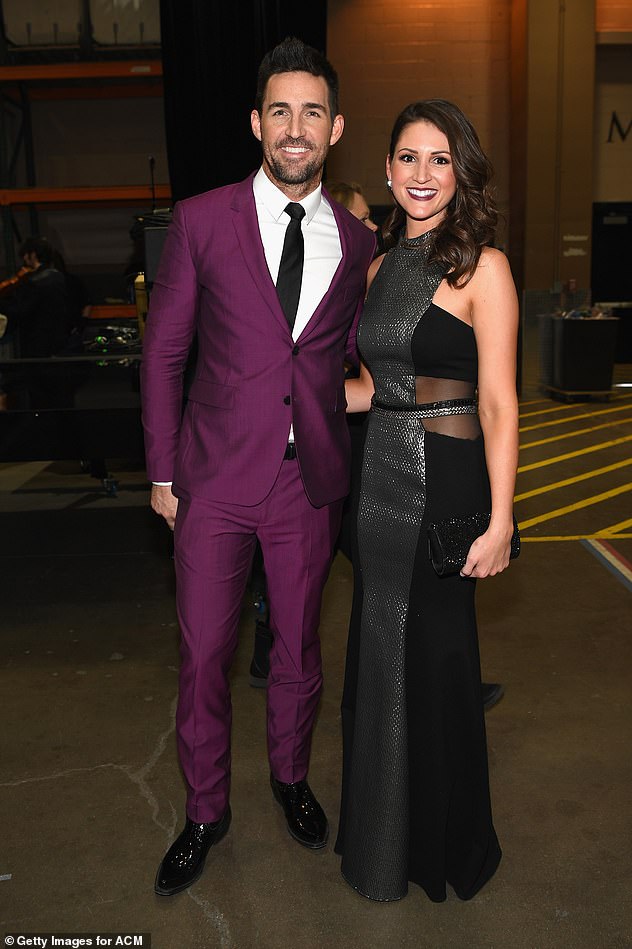 In love: The Barefoot Blue Jean Night artist and Hartlein began dating in 2017 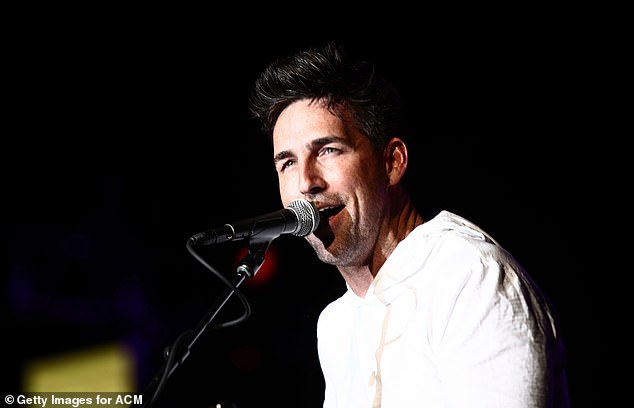 Owen subsequently told The Bobby Bones Show that he and were expecting a daughter.

Owen, speaking to the publication in the summer of 2017, said he treasured his carefree interactions with his daughter.

‘People spend so much time on their phones and on social media and things like that,’ Owen said. ‘What I love the most about my time with my little girl is just – I feel like it’s the only true time where when I ask her a question, she genuinely is listening and giving me her 100 percent honest opinion. She hasn’t even learned how to lie.’

Owen said he loved the ‘pure, genuine conversation’ he has with Pearl, adding he feels kids ‘remind you that life is beautiful and the little things matter.’