Jake Tapper’s 10-year-old daughter is already taking after her journalist father – getting a byline in the New York Times.

On Tuesday, the Times published an op-ed from Alice Paul Tapper, in which the precocious fifth-grader talked about her effort to create a new Girl Scouts badge.

In the article, Alice described a field trip she took last year that made her ‘upset’.

She said she noticed that all of the boys in her class were standing in the front of the group, constantly raising their hands to ask questions while the girls stood in the back, timid and quiet.

‘On the car ride home I told my mom about what happened. We talked about how it seemed unfair and how boys and girls should be equal,’ Alice recalled. 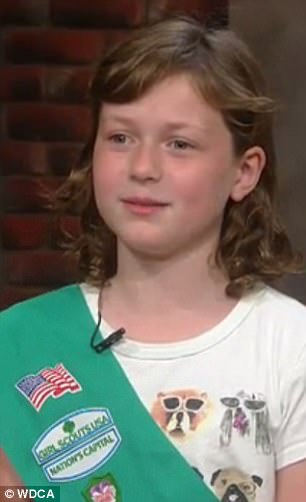 Jake Tapper’s 10-year-old daughter has written an op-ed in the New York Times, speaking out her effort to get a new Girl Scouts badge created. Tapper pictured are on the left in July and Alice on the right in a recent television interview 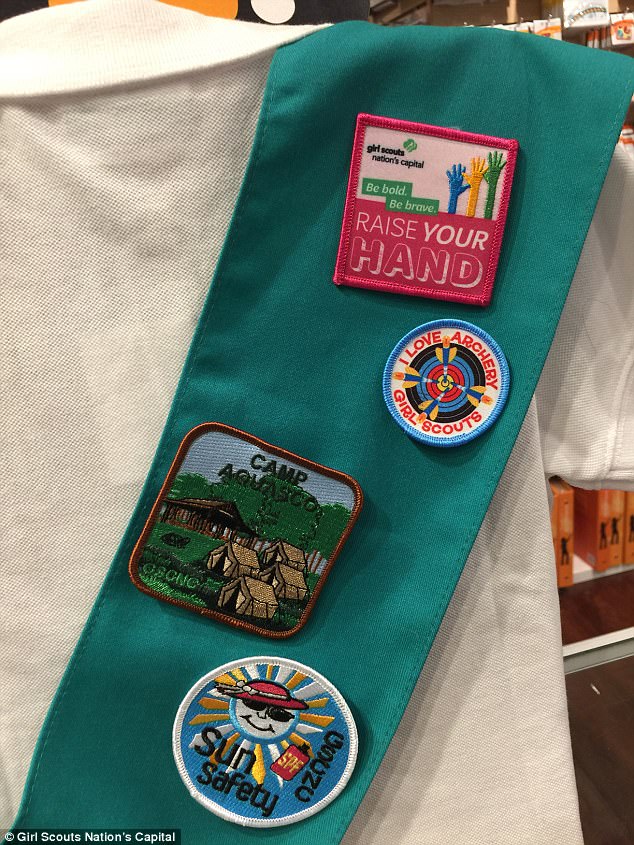 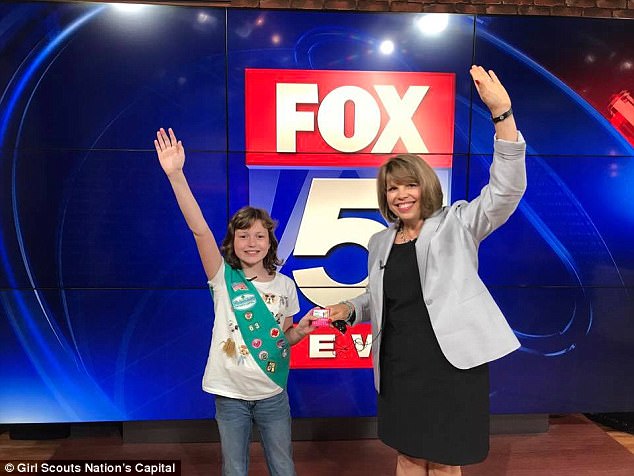 Alice told her mom that she ‘thought girls weren’t raising their hands because they were afraid that the answer was going to be wrong and that they would be embarrassed’.

‘I also think they were being quiet because the boys already had the teacher’s attention, and they worried they might not be able to get it,’ she added.

Alice and her mom, a former regional manager for Planned Parenthood, decided to talk about the incident at Alice’s next Girl Scouts meeting.

At the meeting, the 12 other girls in Alice’s Junior troop agreed that they and other girls needed to be more assertive in the classroom and decided to try to do something about it.

So they came up with the idea of the Raise Your Hand badge. In order to earn the badge,  a Scout must pledge to raise her hand in class and recruit three other girls to do the same.

Alice and her troop pitched the idea to their local council, Girl Scouts Nation’s Capital, and it was accepted. As of this week, the badge is available for Scouts across the country to earn.

‘I’m so excited that girls in other troops that I don’t even know will soon sew the patches onto their vests or sashes,’ Alice writes. 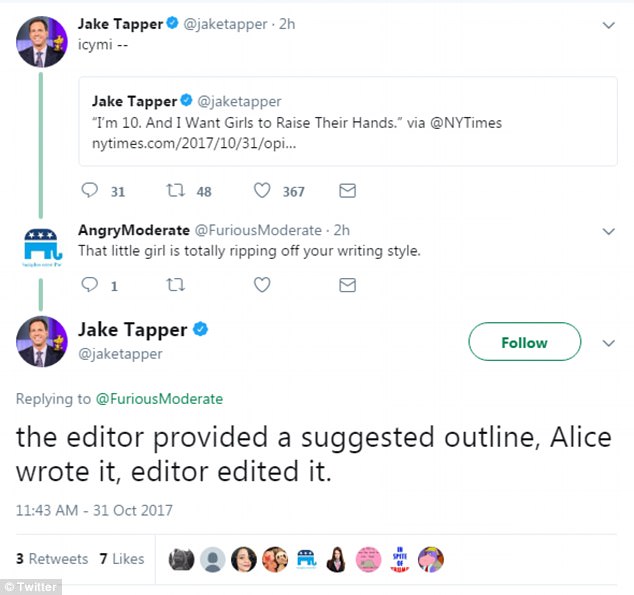 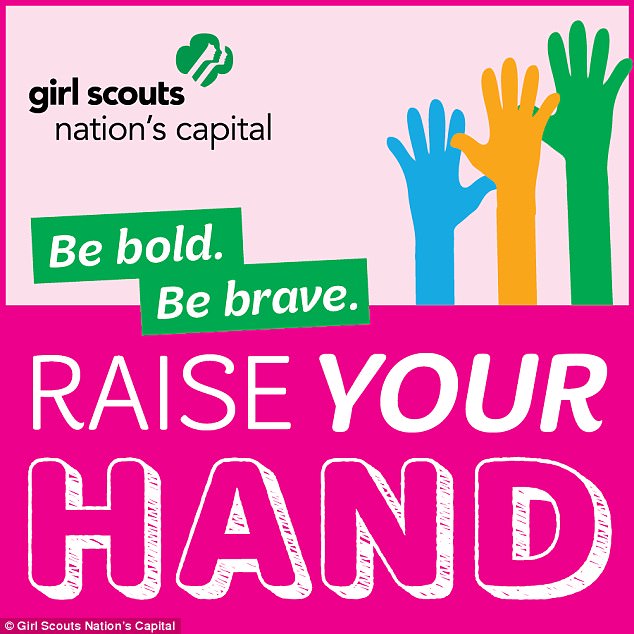 Above, a poster to publicize Tapper’s new Girl Scouts badge, the Raise Your Hand badge 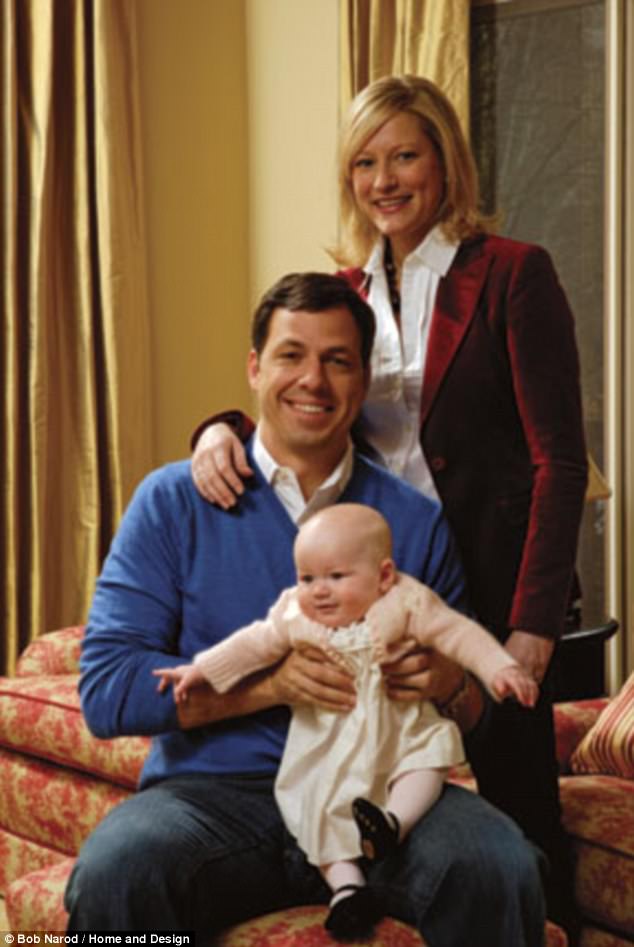 Alice and her parents pictured when she was a baby. Jake and Jennifer Tapper met during the 2004 presidential campaign

Alice says she hopes that the badge inspires other girls to be more confident in school, because they’ve got nothing to lose.

‘People say girls have to be 90 percent confident before we raise our hands, but boys just raise their hands. I tell girls that we should take the risk and try anyway, just like the boys do. If the answer is wrong, it’s not the end of the world. It’s not like answering a trivia question to win a million dollars on live TV,’ Alice writes. 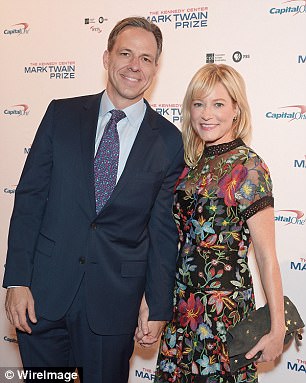 Jake Tapper and his wife Jennifer Brown Tapper are pictured above on October 22. Mrs Tapper used to work for Planned Parenthood and now is a consultant for non-profits

Alice also reveals in the essay that her parents named her Alice Paul Tapper in honor of the Suffragette.

‘On their first date, when my mom found out that my dad’s middle name was Paul, she instantly knew that if she married my dad and had a baby girl she would call me Alice Paul.

‘Alice Paul was one of the women who led the movement for women to have the right to vote. Having Alice Paul’s name makes me feel special. For women to be equal to men, we have to fight for it,’ Alice wrote.

When one Twitter user questioned whether Alice wrote the document herself, Jake spoke up on his daughter’s behalf.

‘The editor provided a suggested outline, Alice wrote it, editor edited it,’ he wrote.

Alice’s parents met during the 2004 presidential election, when her dad was covering politics in ABC’s Washington Bureau, according to the Washington Post.

He’s now the host of The Lead with Jake Tapper on CNN.

When they married, Alice’s mother Jennifer Brown was a regional manager for Planned Parenthood  in Washington, DC – recruiting, educating and organizing supporters of the organization. She’s now is a consultant  for non-profits and sits on the board of Population Action International, an NGO that uses research to advocate for global access to family planning and reproductive health care.

The family resides in the Washington, DC area.