James Anderson has admitted he still has the hunger to get back to playing for England after controversially being dropped for their tour of the West Indies.

The 39-year-old, the highest wicket-taking seamer in Test history and the third-highest overall – was axed along with Stuart Broad, 35, with interim England chief Sir Andrew Strauss looking at ‘exciting new bowling potential’.

And Anderson, speaking on boxing promoter Eddie Hearn’s ‘No Passion No Point’ podcast, insisted he was happy to play for his county side Lancashire for the time being but has his sights on an England return eventually.

He said: ‘As long as I feel I can compete at the top level, then I want to do that.

‘When that isn’t the case, then I’ll have to make a decision on what I do. Whether I play for England this year or not, it’s a great opportunity to go back to Lancashire and play for them.

‘I’ve had a central contract for 15 years or so now so I’ve not played a huge amount for them. So, actually giving something back to them would be nice and trying to help them win a Championship title. 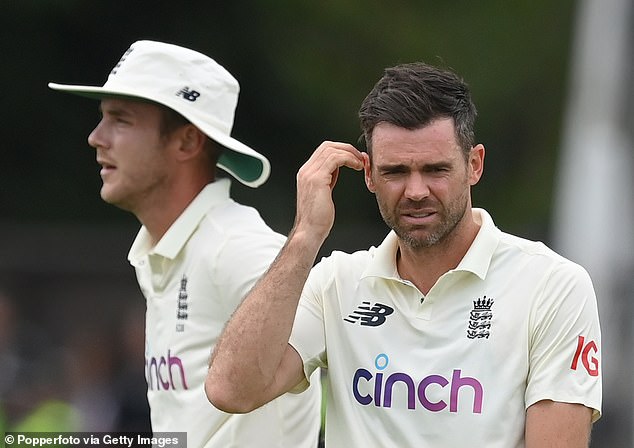 Anderson, 39, and Stuart Broad (left), 35, were axed for England’s tour of the West Indies 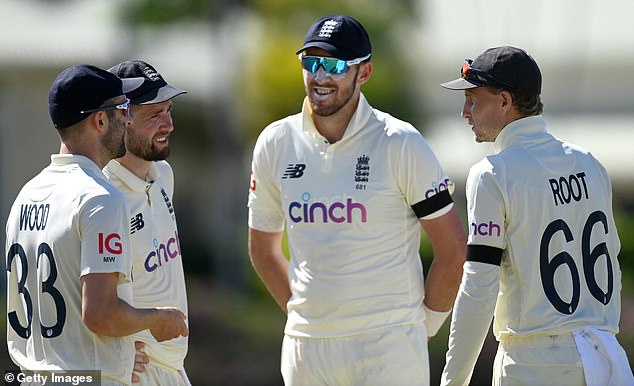 ‘I don’t want to look too far ahead still, I’m thinking about the start of the season in April and at the minute I’ve got hunger and passion to play for Lancashire and hopefully that will take me on to England later in the summer.’

Despite most fast bowlers struggling to maintain their pace and stamina into their mid- and late thirties, Anderson – who turns 40 in July – was the fourth-highest wicket-taker in Tests in 2021, with 39 at an excellent average of 21.74.

Meanwhile, medium-fast bowlers like Chris Woakes and Craig Overton have struggled to take wickets and maintain control on the West Indies tour, while Saqib Mahmood and Matt Fisher were given their debuts in the second Test in Barbados.