He declared his love for the reality star, and even drew her in for a kiss during the TOWIE Christmas special.

And James ‘Arg’ Argent continued to prove his close relationship with Gemma Collins on Tuesday, as he spent Boxing Day with her family.

Taking to Instagram, the 30-year-old shared a playful video of Gemma, 36, with her Christmas roast, before gushing he was a ‘lucky man’ in the caption – despite both insisting they are ‘just friends’.

The funny Boomerang clip saw Gemma pose with a jug of gravy in hand, before the camera panned down to the festive feast before them.

Beaming beside her Christmas cracker and a glass of red wine, the bubbly blonde looked very happy to be celebrating the festivities with her on/off beau.

Proving his own delight, Arg himself then wrote to fans: ‘Boxing day with the Collins family!!! I’ve been spoilt rotten…I could get used to this #luckyman’ 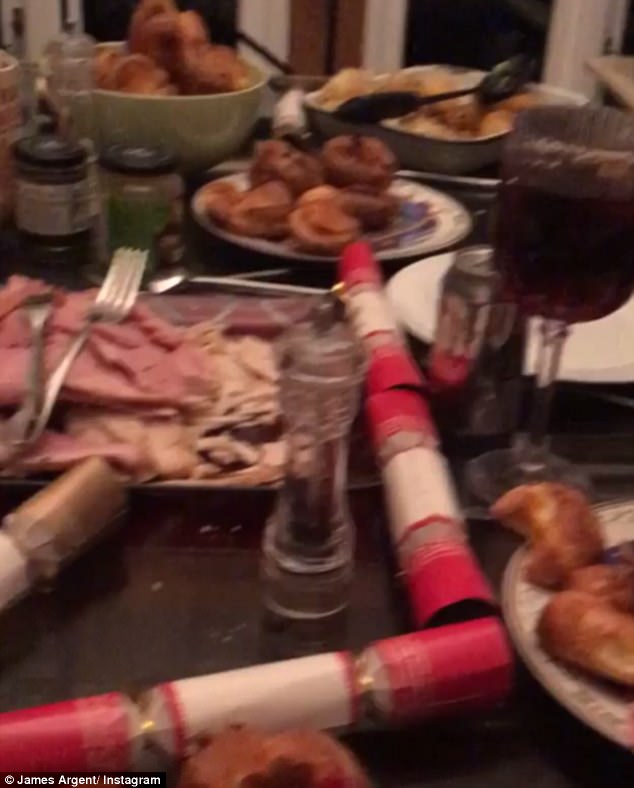 Having a ball: Arg posted a Boomerang video of their dinner, which saw Gemma pose with a jug of gravy in hand, before the camera panned down to the feast before them

‘Lucky man’: He accompanied the snap with an affectionate caption

Fans immediately took to the comments to question whether the ‘gorgeous’ couple were finally an item.

One kicked things off by writing: ‘Oh I hope this means your both finally official, gorgeous couple!’

Others questioned: ‘Wait, they’re together?!!’ and ‘Ooooo maybe they are together then. Hope so’, while one fan added with more certainty: ‘They must be together now !!!!!!’

Further fans urged Arg to make things official with Gemma, with one acknowledging: ‘You are so lucky to have Gemma in your life, she is beautiful and hilarious.’

While another added: ‘Hope you spoilt her too @real_arg she deserves treating like a princess.’

However, it was recently reported the pair are ‘just friends’ at present – leading Gemma to sign up for the new series of Celebs Go Dating. 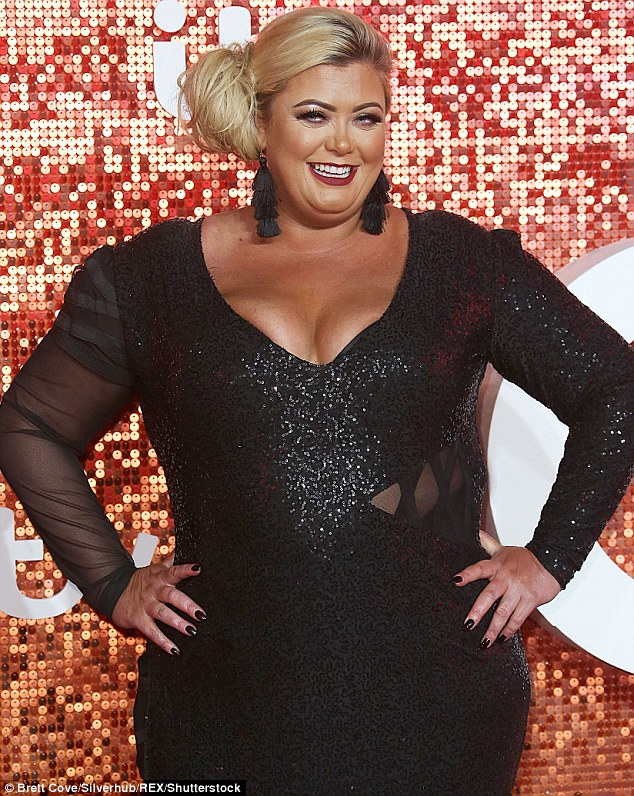 Flying solo: However, it was recently reported the pair are ‘just friends’ at present – leading Gemma to sign up for the new series of Celebs Go Dating

A source told MailOnline: ‘Gemma wants commitment and Arg can’t give it, so they’re enjoying each other’s company and Gemma is putting everything into finding the one on Celebs Go Dating.

‘She does discuss her feelings for Arg with Nadia and Eden but she is currently single and looking to meeting someone.’

The dinner comes after Arg finally declared his love for Gemma at a festive birthday bash, during the TOWIE Christmas special.

Getting up on stage in front of all his Essex pals, Arg, dressed as Santa, grabbed the microphone and said: ‘I’m looking round the room there’s one person who deserves a special shout out. And her name’s GC.

‘Gemma you’re so lovely to me, you’re always there for me whenever I need you and you make me laugh. You know what Gem, you think ‘Arg he cares too much what people think.’

The pair then agreed to spend the Christmas season together, and shared a smooch – to the delight of their co-stars and viewers.