Dress like a secret agent: James Bond’s onesie as worn by Sean Connery is up for sale for £345 – along with Roger Moore’s safari jacket and the dress shirt worn by George Lazenby

James Bond fans usually try to emulate their hero by wearing a suave dinner suit but now they can opt for the blue onesie look – worn by Sean Connery in Goldfinger – if they dare.

The unusual (for Bond) choice of towelling wardrobe has gone on sale as part of a collection of recreated vintage clothing in homage to almost 60 years of 007 on the big screen.

Although it costs a whopping £345, that hasn’t stopped the onesies flying off the shelves. They sold out within hours of going on sale last week. 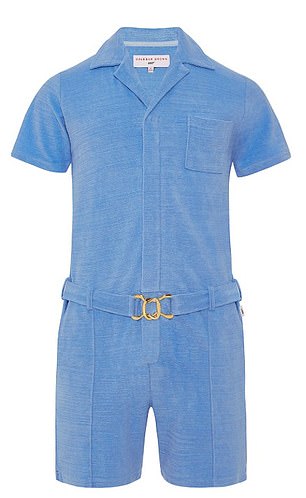 Fans of Bond have been snapping up a recreation of the blue onesie worn by Sean Connery in 1964 classic Goldfinger (left). The ‘007 Riviera Towelling All-in-One’ (right), which costs £345 from luxury menswear brand Orlebar Brown, sold out within hours of going on sale last week 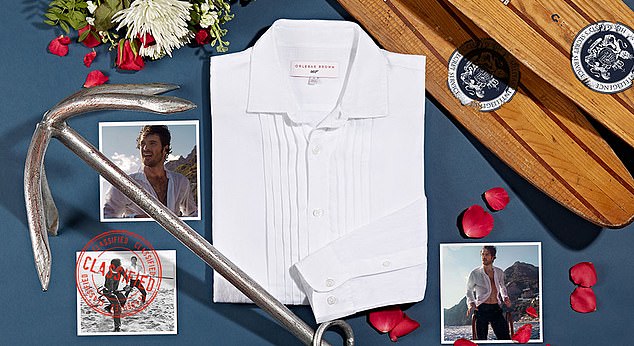 Among the other items on sale are the dress shirt worn by George Lazenby in On Her Majesty’s Secret Service (1969), which costs £245 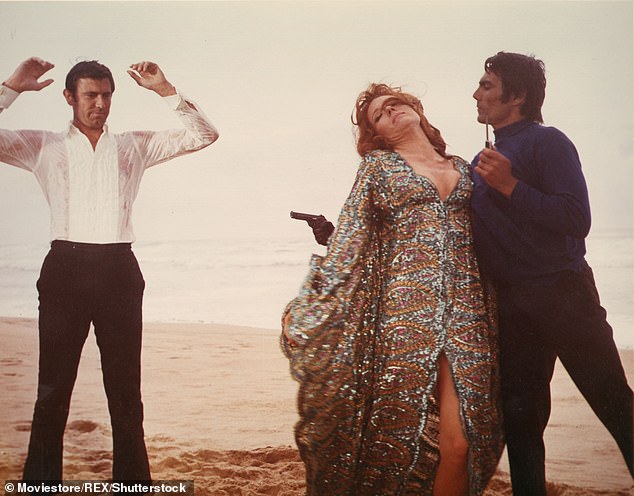 Australian actor Lazenby (above, left) wears the shirt on a beach scene from the film 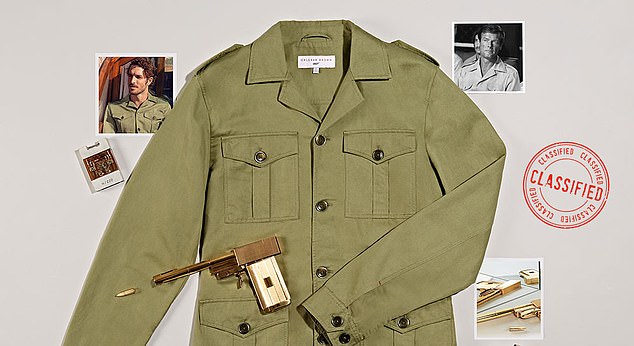 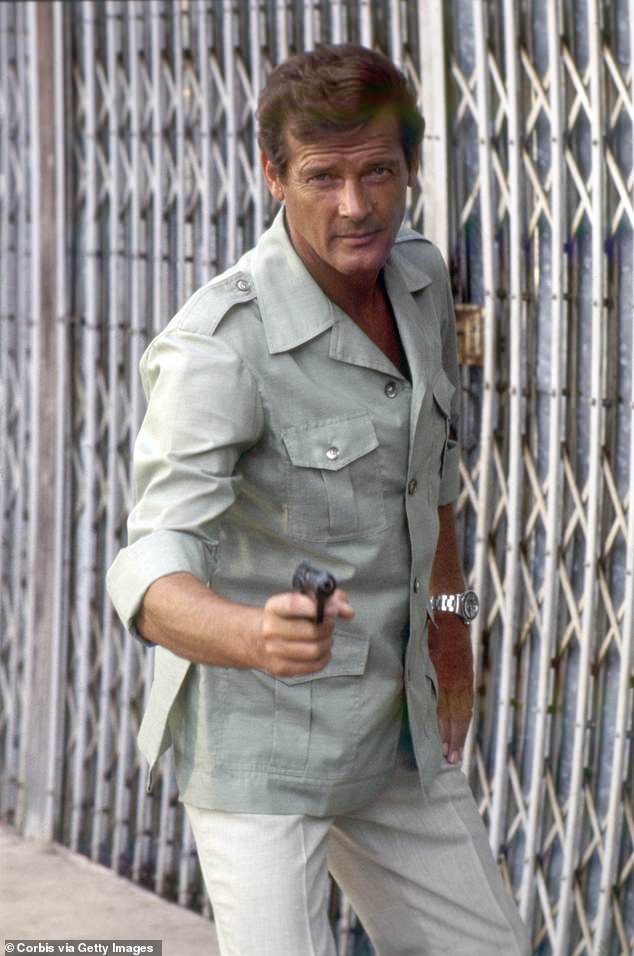 Moore pictured in the safari suit during the film, in which he takes on villain Scaramanga

The baby-blue playsuit recreation from the 1964 film is made by luxury menswear brand Orlebar Brown, in collaboration with the owners of the Bond films.

There are also reinventions of Connery-wear from 1965’s Thunderball – blue shorts from a diving scene in the Bahamas, for £195, and his Espadrilles, for £145.

‘Most men want to look like Bond but not everyone has the physique.

‘It will take a braver man than me to rock the onesie and pull it off. For starters you need to be super slim,’ fashion writer Mark O’Connor told the Sunday Express.

Orlebar Brown started working with the people behind Bond in 2012 when Daniel Craig wore its light blue swim shorts in Skyfall. 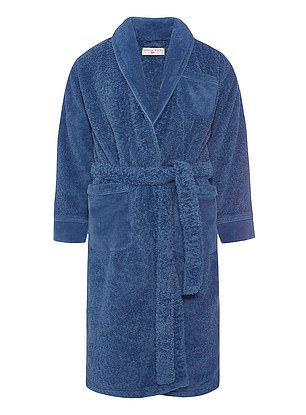 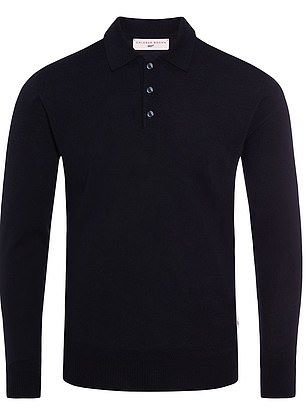 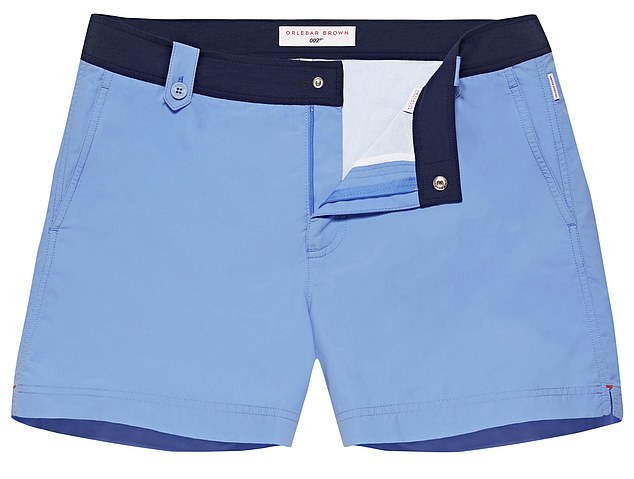 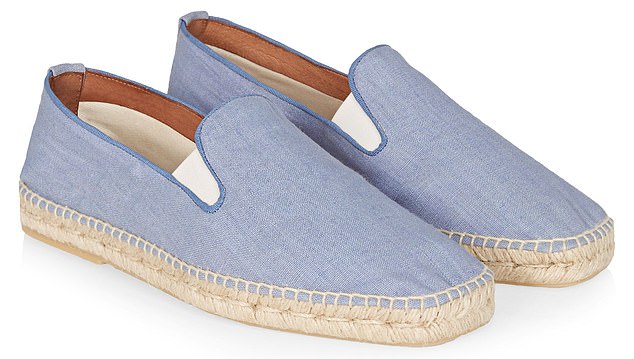 If you want to recreate the secret agent’s shoewear look from Connery’s 1965 Thunderball, these Espadrilles come with a £145 price tag

Sean Connery is seen wearing the baby blue towelling playsuit when he goes to check out villain Auric Goldfinger (Gert Frobe) during a hotel pool scene at the start of the movie.

The spy’s style of ‘beach wear’ was popular in the 1950s, and evolved from a one-piece bathing costume worn by men in the Victorian era.

Had he jumped into the pool while wearing it, the absorbent nature of the material would have led to ‘sagging’ – most unbefitting for such a cool character as Bond. 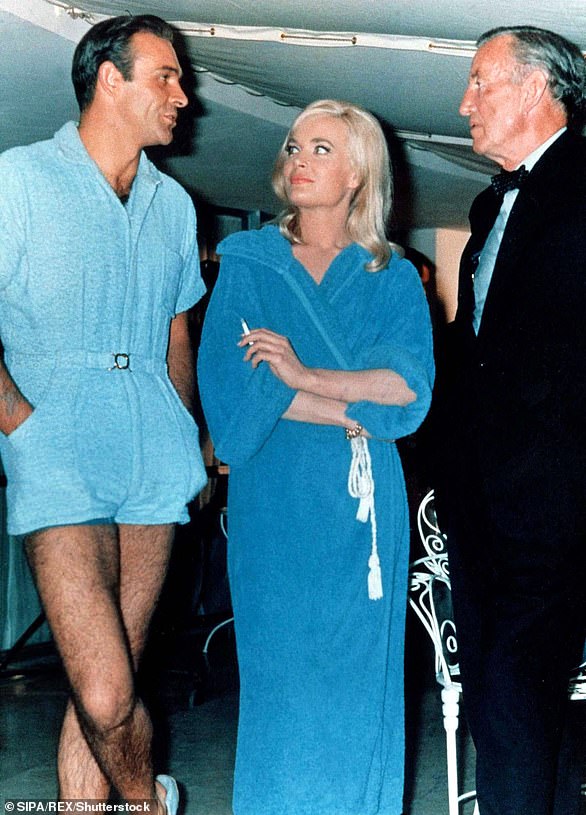 Sean Connery (on set in 1964) in the onesie, with actress Shirley Eaton (who famously appears in the film as a gold-painted corpse) and novellist/Bond creator Ian Fleming