England medics are managing Maddison’s training load and the Leicester star did not appear with the rest of his team-mates on Thursday.

Maddison limped off with a knee problem in the first half of Leicester’s win at West Ham on Saturday.

And the decision was taken for the midfielder to miss England’s second session here at the Al Wakrah Sports Complex.

Maddison spoke to the media on Wednesday and revealed that he has been struggling with his knee over the past week, but a scan on Sunday showed that it was not a major issue.

‘We had a scan the day before we met up. It was a positive scan. I had a little problem in the week building up to the West Ham game and post-Everton game which was the week before for us.

‘I wanted to play, I didn’t want to not give it a go because of the World Cup. That’s not the person I am.’ 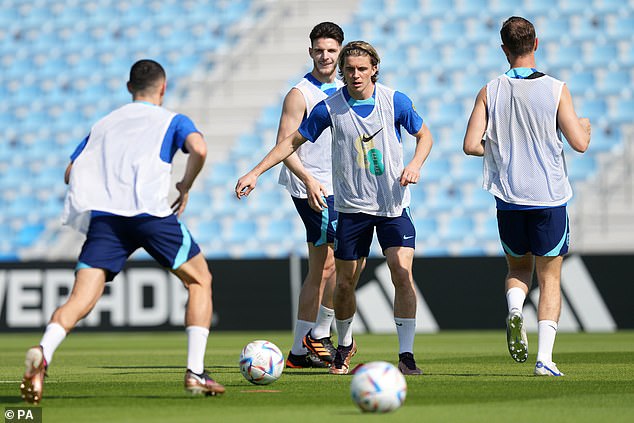 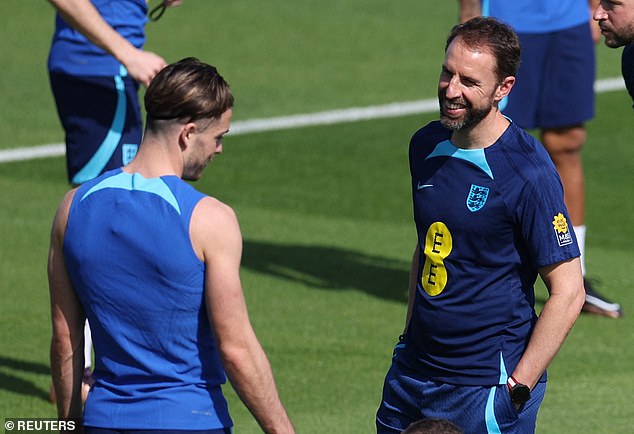 Maddison has been in sparkling form for Leicester this season, scoring seven goals and providing four assists in the Premier League.

These numbers earned him an England recall just in time for the World Cup, three years after he earned his only cap for the national team.

The other 25 members of Gareth Southgate’s squad were put through their paces as the Three Lions step up their preparations for their first match of the tournament.