Liverpool vice-captain James Milner has no intention of allowing their Nou Camp disappointment derail their bid to wrest the Premier League title from Manchester City – and he has not written off their European hopes either.

The 3-0 Champions League semi-final first-leg defeat in Barcelona was demoralising not only because the scoreline makes a comeback incredibly tough, but because it showed no reward for their performance.

Having kept Lionel Messi quiet for 75 minutes, Liverpool were undone by a late double from the Argentinian and the players now have to pick themselves off the floor for their crucial penultimate domestic match of the season at Newcastle on Saturday.

Win and they return to the top of the table and the pressure all goes back on City, who face an in-form Leicester on Monday.

And Milner is confident their focus will be spot-on at St James’ Park.

‘I think we are used to playing games in quick succession and we’ve seen the character in this squad on more than one occasion over the last few years,’ he said.

‘We all know the character that is there. We need to be together and bounce back from that. I have no doubt that this team will do that.’

Considerable doubts remain, however, over their prospects of bouncing back at home to Barcelona next week.

If they can take any hope it is that Roma, whom Liverpool beat in last year’s semi-final, turned around a three-goal deficit against the Catalans. 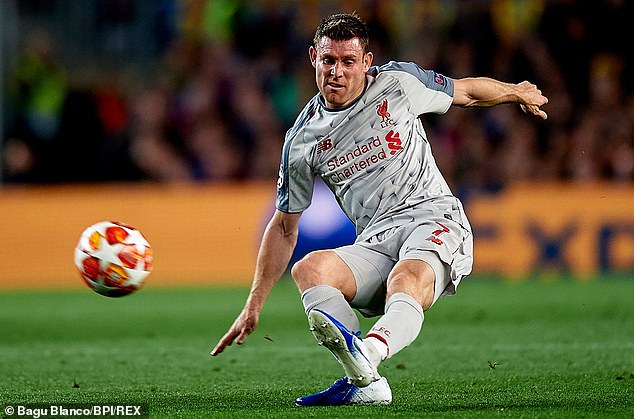 Crucially, though, they had an away goal, but still scored three unanswered goals at home.

‘We have seen special European nights there before and big comebacks. It’s going to be very difficult, we know that.

‘We have to bounce back quickly from this with a big game at the weekend. Hopefully we can get a good result there and get a bit of positivity going into next week.’

The danger for Liverpool, as was evident in the first leg, is that Messi can be stifled for three-quarters of a game but still put in a decisive performance.

‘He’s very hard to stop. He is definitely one of the greatest to have ever played the game, if not the greatest,’ said Milner. 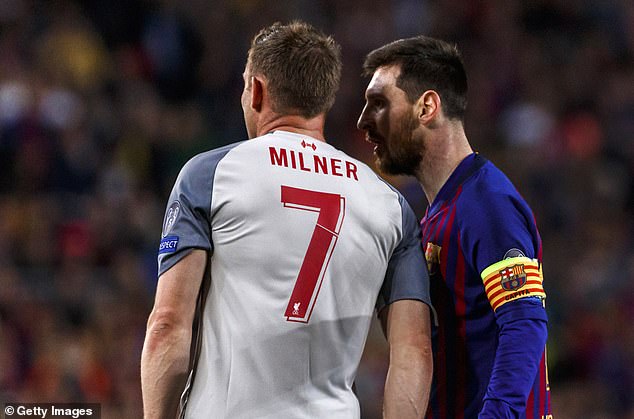 ‘When he does things like he does, it’s tough to stop. We knew that but we thought we could hurt them as well.

‘You can’t concentrate on him too much because they have another 10 out there who are pretty good. You try stopping him the best you can when he is obviously on it. It’s very difficult.

‘Many teams have tried different ways to do it. The free-kick was obviously pretty much from nothing.

‘We have to focus on the positives from our side for the second leg. We created chances and we played a pretty solid game apart from the goals we conceded, which we could have done a bit better.

‘But it’s going to be very difficult.’