James Tedesco solves the NRL’s biggest mystery: why he keeps flashing his backside at fans

James Tedesco solves the NRL’s biggest mystery: Why he keeps flashing his backside at fans despite taking drastic steps to keep his bum under wraps

Blues fullback James Tedesco has insisted the recurring shorts malfunction that has made him the NRL’s biggest flasher is purely coincidental and not even three layers of protection are enough to keep his backside off the television.

Tedesco’s cheeks were last seen featuring prominently in game one of State of Origin when a Cameron Munster tackle clawed the NSW skipper’s pants off. 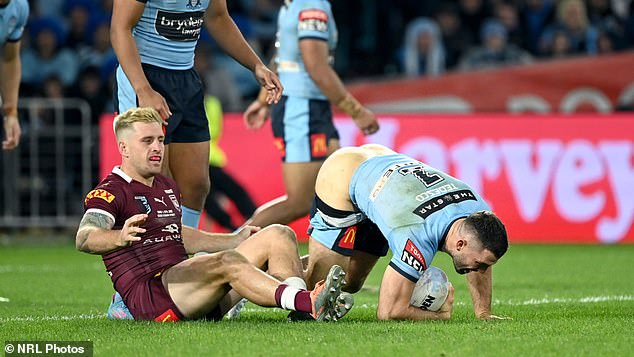 On more than six occasions this season, the Roosters captain has unintentionally put his buttocks on center stage, including during the Anzac Day clash against St George and twice in the following round against the Bulldogs.

The 29-year-old says his shorts are the prime target for opposition tacklers because his jersey is too tight for them to grab.

‘I don’t really tie up the shorts because everything beneath keeps things tight.

‘Sometimes I feel like I bounce off tackles and people grab whatever they can grab on to. It’s not like I’m going out there with undies and loose shorts – it’s all kept pretty compact down there.’ 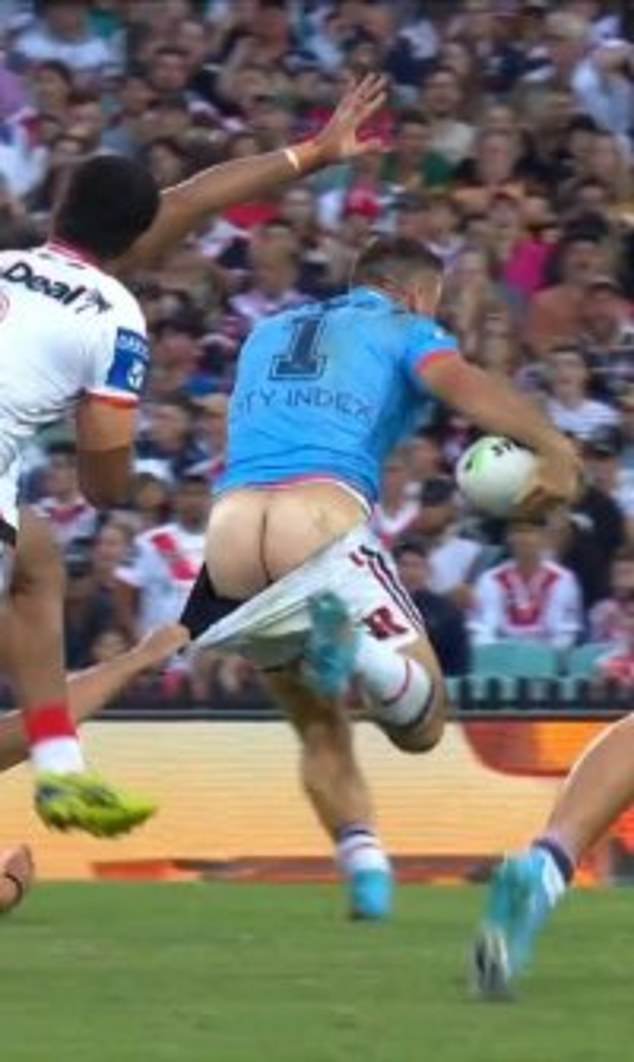 Tedesco has unintentionally flaunted his cheeks on more than six occasions this season. H reckons tacklers go for his shorts because his jersey is too hard to grab

Tedesco’s recent form has been outstanding, running for 266 meters and making eight tackle busts in a losing Blues side during Origin one.

After a training session in preparation for game two in Perth on Sunday, Tedesco signed a jersey for a fan before a father piped up from the fence and said, ‘Make sure your shorts stay up.’ 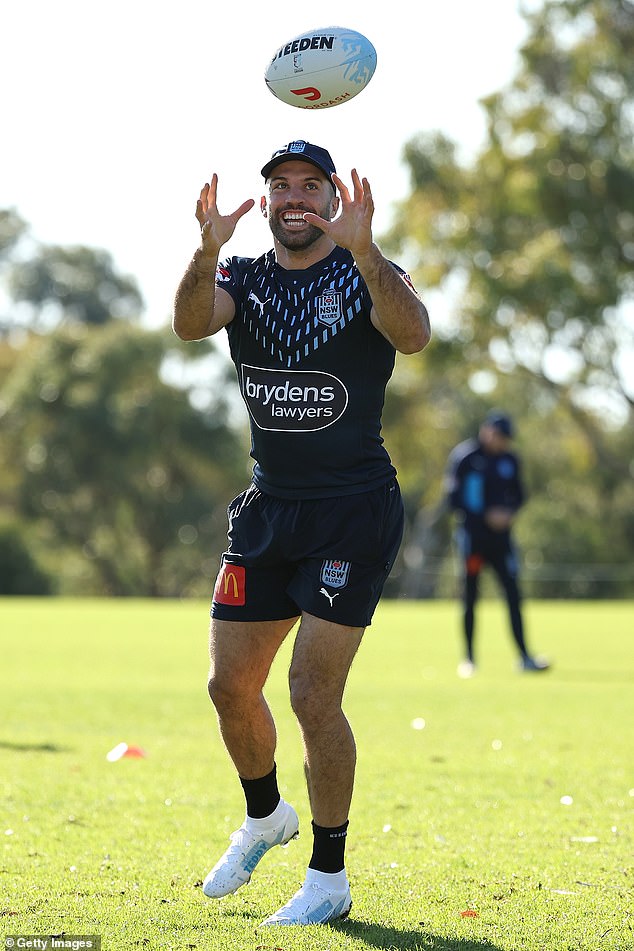 Tedesco in action for the blues at training camp for game two in Perth this Sunday, where he has been under the high ball from the boots of Burton and Cleary

The dual-premiership winning back has had plenty to take his mind off suffering another wardrobe malfunction, as he has been given the task of catching bombs from the boots of Matt Burton and Nathan Cleary during the NSW camp.

The 22-year-old Bulldog has staked a claim as leader of the NRL’s bomb squad and was seen launching a 60-meter effort off earlier this year against the Panthers.

‘Burto definitely has the bigger boot, but Nath is more precise, and his kicks move around a bit more. Burton put some up at training [on Wednesday] for us before. It was great practice,’ Tedesco said.

Burton’s kicking will aid help five-eighth Jarome Luai, who struggled to fire in the loss to Queensland.