Thirty-eight women have come together to file a joint lawsuit alleging director James Toback is a ‘serial sexual predator.’

In a lengthy court document stretching to 90 pages, the women allege the director ‘used his reputation, power and influence in the entertainment industry’ to ‘lure young women through fraud, coercion, force, and intimidation into compromising situations where he falsely imprisoned, sexually abused, assaulted, and/or battered them.’

The victims say they are only now finding the courage to speak out due to Toback’s ‘explicit and implicit threats of blacklisting them in the industry, physically harming them, and/or even killing them if they did not comply with and remain silent about the sexual abuse they endured.’

Director James Toback, 78, ‘prowled’ New York City to lure women using his status in the industry, according to a new lawsuit claims brought by 38 women. He is pictured in 2013

The director is also alleged to have told several victims that he had murdered people in the past including a therapist at Harvard and that he ‘had killed someone with a fork’ – and had contacts with the mob, in order to scare off any would-be whistleblowers.

Toback also threatened to ruin women’s careers if they ever told anyone about the alleged assaults.

One woman identified as Jane Doe 5 in the suit alleged that he told her ‘she could never say anything to anyone ever’ and that if she did, ‘she would never have a career in Hollywood.’

The suit states how Toback, 78, would make the women ‘act provocatively’ and then goad them into performing sexual acts on him all under the guise ‘to see if they were right for the alleged role’  – which usually did not exist. 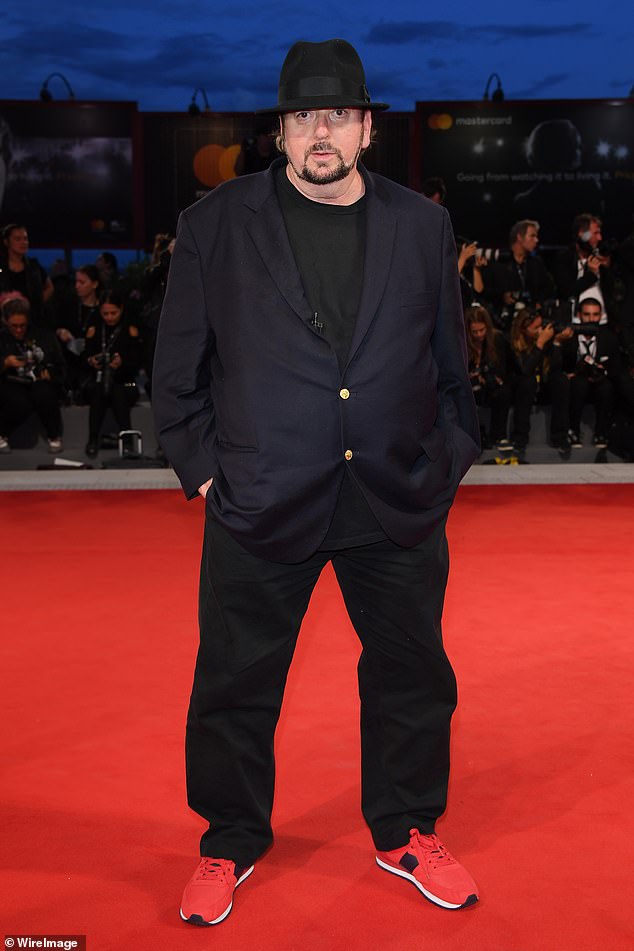 The claims of sexual abuse date back to 1984 and allege Toback ‘blacklisted, physically harmed or threatened to kill’ women if they did not comply. He is pictured in 2017

Toback, who was nominated for an Academy Award in 1991 for the film Bugsy, ‘prowled the streets of New York City’ in search of young women ‘to abuse who were or wanted to be involved in the entertainment industry,’ the 90-page suit alleges.

The suit lays out details of what his accusers say was a 12-step playbook Toback used as a ploy to ensnare them and potentially target hundreds of victims.

Once Toback set the bait, he ‘deceitfully gained their trust and acquiescence to meet with him by touting his influence as a movie director and screenwriter, and friendship and work with famous actors,’ according to the lawsuit.

‘Defendant Toback targeted young women using the same ruse over and over again with hundreds of victims, often using the same lines, enablers, and locations where he was able to perpetrate his abuse upon unsuspecting young women, including Plaintiffs, for decades,’ the lawsuit claims.

The suit comes five years after the majority of the women first made the allegations public during a series of interviews with the Los Angeles Times at the height of the #MeToo movement when accusations against film mogul Harvey Weinstein also came out. 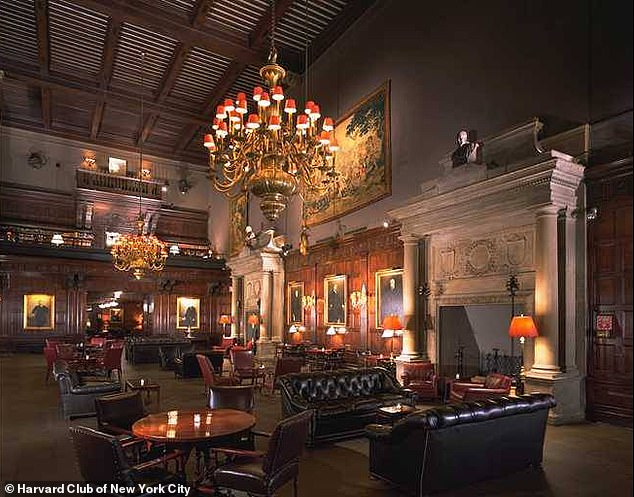 In addition to Toback, the women are suing the swanky Harvard Club of New York City for allegedly being complicit and allowing ‘Toback’s abuse to continue unchecked.’

Toback graduated from Harvard in 1966 which gave him a lifetime membership to the exclusive private members club.

‘Toback repeatedly used his membership and affiliation with the Harvard Club of New York City to facilitate and carry out his abuse, luring his victims to the Harvard Club for meals and drinks and attacking them in the Harvard Club’s dining room, stairwells, bathrooms and hotel rooms,’ the court documents claim.

Toback was ‘allowed unfettered access in and around the Harvard Club’ and ‘repeatedly used the prestige and privacy’ despite several women reporting the director.

The club is alleged to have done nothing about his behavior and the suit accuses the club of gross negligence for allowing Toback to maintain his membership and use its facilities.

The suit details how in 2018, five women reported their personal accounts of sexual abuse by Toback to the Harvard Club.

One woman alleged the director ‘hunted us on the streets of New York City’ and ‘conned us with the promise of auditions at the Harvard Club,’ using the club’s ‘name as bait to prey on young women.’

‘He exploited the dreams and vulnerabilities of hundreds of young women,’ the woman further alleged noting how the club ‘continually catered to Toback’s needs, providing him a safe haven for his reprehensible and criminal acts.’

Toback’s membership was finally terminated in 2017 according to a club spokesperson.

‘The Harvard Club does not comment on pending litigation,’ Irene Reidy, the club’s head of communications stated.

When Toback wasn’t using the club he is alleged to have assaulted his victims at various other locations around New York including his editing studio, apartment, hotel rooms, public parks, and even his mother’s house.

Toback previously told Rolling Stone anyone who accused him of sexual harassment was a ‘lying c*********r or c*** or both.’ 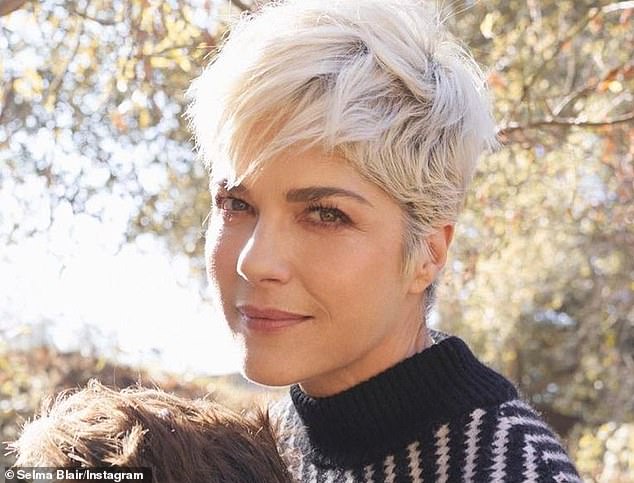 One plaintiff Sarah MacKay accuses Toback of sexually assaulting her around 2004 and 2005. At the time, she was about 21 years old.

MacKay alleges she met at Tobak’s mother’s apartment whereupon he asked her to take off her clothes. He then ‘pinned her arms to the chair she was sitting in and grinded his penis against her leg until he ejaculated in his pants.’

It’s not the first time Toback has been accused of sexual harassment and assault. There have been claims by as many as 400 women over the course of his life. Each and every time he has denied all such allegations.

They include actresses Julianne Moore and Rachel McAdams were also among those accusing Toback of sexual harassment or assault in 2018.

McAdams said she was 21 and ‘in the middle of theater school’ when she went to audition with Toback.

After a promising audition, the 44-year-old said the director complimented her and told her she was talented and that he would like to workshop the piece with her.

He lured her to his hotel that night, she said, then told her he had ‘masturbated countless times’ over her since her audition.

She said she hoped those remarks were a ‘test’, but after he returned from a bathroom break to tell her he had just masturbated over the thought of her and asked to see her pubic hair, she made her excuses and left.

‘This has been such a source of shame for me – that I didn’t have the wherewithal to get up and leave,’ she said.

‘I was very lucky that I left and that he didn’t actually physically assault me in any way.’

Actress Selma Blair also revealed how Toback once threatened to gouge her eyes out and kill her if she said that he sexually assaulted her.

‘I’ve literally been afraid for 17 years of James Toback who threatened to murder me and, you know, put cement shoes on and gouge my eyes out with a Bic pen if I ever told anybody,’ she told The Talk in January 2018.

Blair, 50, said she was a ‘budding actress’ when Toback arranged to meet her in a hotel restaurant – after first trying to get her to meet in his hotel room.

Once at the restaurant, she claimed, a waitress said he was unable to make it down and that she should meet him in his hotel room – which she did, against her own ‘better judgment’.

She said that once there, their conversation turned to her estranged father, and Toback told her: ‘I could have him killed. I do it all the time, I know people.’

After another 40 minutes, she said, he told her to get naked – even though the role she was reading was a lawyer in a courtroom – saying he needed to see ‘how her body moved’.

Blair said she took off her top, which made her feel ashamed, and then Toback told her that she had to have sex with him: ‘You have to do this for me,’ he allegedly said. ‘You cannot leave until I have release.’

When she refused again, she said, he told her to touch her nipples while he masturbated.

‘I thought, “Well, if I can get out of here without being raped…'” she said.

When she tried to look away, ashamed, he grabbed her head and made her maintain eye contact with him, she alleged.

And once he was done, she said, he threatened to have her killed if she ‘went against him’.

‘I have people who will pull up in a car, kidnap her, and throw her in the Hudson River with cement blocks on her feet. You understand what I’m talking about, right?’ he is alleged to have said.

Actresses Julianne Moore, left, and Rachel McAdams, were also among those accusing Toback of sexual harassment or assault in 2018

In April 2018 the Los Angeles County District Attorney’s Office decided not to prosecute Toback due to the statute of limitations but now this new lawsuit arises after The Adult Survivor’s Act came into effect in New York State.

It allows for victims of sexual abuse to come forward regardless of when the alleged crime was committed.

‘I think that as people read this and learn more about what happened, our hope is that women will find out that they weren’t alone,’ Bradley Beckworth, an attorney for the women, told Insider.

‘When when abuse like this happens, it can be very isolating, depressing, scary, and a lot of things go with that.’

While never becoming a major player in Hollywood, Toback managed to have a moderately successful career in film that has lasted more than 40 years.

Movies he wrote and directed include Harvey Keitel’s ‘Fingers,’ the loosely autobiographical ‘The Pick-up Artist,’ which starred Robert Downey Jr. and Molly Ringwald, and ‘Two Girls and a Guy,’ also with Downey Jr. and Heather Graham.

Many of his accusers said he touted his friendship with Downey in trying to show his importance as he pressured them into sex.