Jamie Dimon: Bitcoin ‘is a fraud’ that will ‘blow up’

Bitcoin ‘is a fraud’ and will blow up, Jamie Dimon, chief executive of JPMorgan Chase & Co, said on Tuesday.

Speaking at a bank investor conference in New York, Dimon said, ‘The currency isn’t going to work. You can’t have a business where people can invent a currency out of thin air and think that people who are buying it are really smart.’

Dimon said that if any JPMorgan traders were trading the crypto-currency, ‘I would fire them in a second, for two reasons: It is against our rules and they are stupid, and both are dangerous.’

Bitcoin slid by more than 10 percent on Wednesday, as investors sold the cryptocurrency after Dimon’s warning. 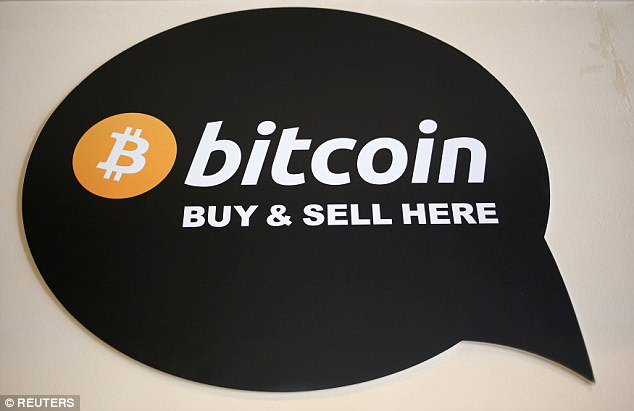 Bitcoin, the original and still the biggest cryptocurrency, has been on a tear in recent months, hitting a record high just below $5,000 at the start of September after a more than fivefold increase in price since the start of the year.

Bitcoin is a digital currency that enables individuals to transfer value to each other and pay for goods and services bypassing banks and the mainstream financial system.

While banks have largely steered clear of bitcoin since it emerged following the financial crisis, the virtual currency has a range of people who support it, including technololgy enthusiasts, liberterians skeptical of government monetary policy and speculators attracted by its price swings.

‘Like it or not, people want exposure to bitcoin,’ Edward Tilly, chairman and CEO of exchange group CBOE Holdings Inc., said at the same conference.

CBOE has applied with U.S. regulators to launch a bitcoin futures contract and a bitcoin exchange traded fund on its venues. 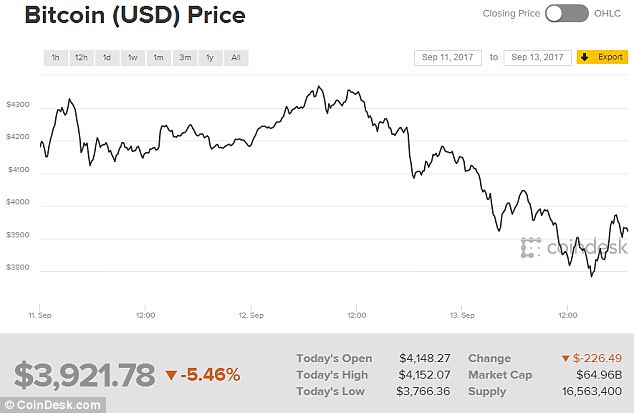 Any good trade is started with a difference of opinion, Tilly added. ‘So Jamie can be on the short side and the issuers and those trading in physical can be on the long side, and it sounds like we have a great trade.’

Banks and other financial institutions have been concerned over bitcoin’s early association with online crime and money laundering.

The supply of bitcoin is meant to be limited to 21 million, but there are clones of the virtual currency in circulation which have made the market for it more volatile.

‘It is worse than tulips bulbs,’ Dimon said, referring to a famous market bubble from the 1600s.

JPMorgan and many of its competitors, however, have invested millions of dollars in blockchain, the technology that tracks bitcoin transactions. Blockchain is a shared ledger of transactions maintained by a network of computers on the internet.

Dimon said such uses will roll out over coming years as it is adapted to different business lines.

Financial institutions are hoping blockchain can be adapted to simplify and lower the costs of processes such as securities settlement, loan trading and international money transfers.

Dimon predicted big losses for bitcoin buyers. ‘Don’t ask me to short it. It could be at $20,000 before this happens, but it will eventually blow up.’ he said.

‘Honestly, I am just shocked that anyone can’t see it for what it is.’

Bitcoin and other cryptocurrencies have been falling since early last week, when China banned the issuance of new digital coins for fundraising purposes – a phenomenon known as initial coin offerings, or ICOs.

ICOs have fuelled a rapid ascent in the value of all cryptocurrencies, from about $17 billion at the start of the year – with bitcoin making up around 90 percent of that – to a record high close to $180 billion at the beginning of September, of which bitcoin represented less than half.

Following the ICO ban, the market was further spooked by reports early this week that Chinese authorities were planning to forbid any trading of cryptocurrencies and by a warning on ICOs from Britain’s financial watchdog, raising fears of a wider crackdown.

Dimon’s warning triggered a further 11 percent collapse in the price of bitcoin, which had already lost around 15 percent of its value in 10 days.

‘He joins a long line of market commentators that have been critical of bitcoin and it potentially being in a bubble, so his comments could have been the tipping point,’ said James Butterfill, head of research and investment strategy at ETF Securities in London.

Most other digital currencies were down also, with bitcoin’s main rival ether – often called Ethereum, the name given to the project behind the currency – down 10 percent on the day, according to Coinmarketcap, an industry website.