He just finished his promotional tour for 50 Shades Freed.

And Jamie Dornan enjoyed the down time as he was spotted out with his wife Amelia Warner in Los Angeles on Friday.

The handsome actor, 35, cut a casual figure in a dark ensemble as he held hands with with his beautiful partner, 35, as they engaged in some retail therapy.

Romantic stroll: Jamie Dornan was spotted out with his wife Amelia Warner in Los Angeles on Friday for some retail therapy

Keeping a low profile, the Irish hunk rocked a black hoodie that belied his muscular frame underneath.

He wrapped his gorgeous gams in a pair of dark pants as he paired the casual look with sneakers, a baseball cap, and retro shades.

Amelia dared to impress in a black and white knit sweater and a pair of skin tight denim leggings.

Despite an idyllic home life, Jamie recently divulged that his wife has not seen him in any of the Fifty Shades films. 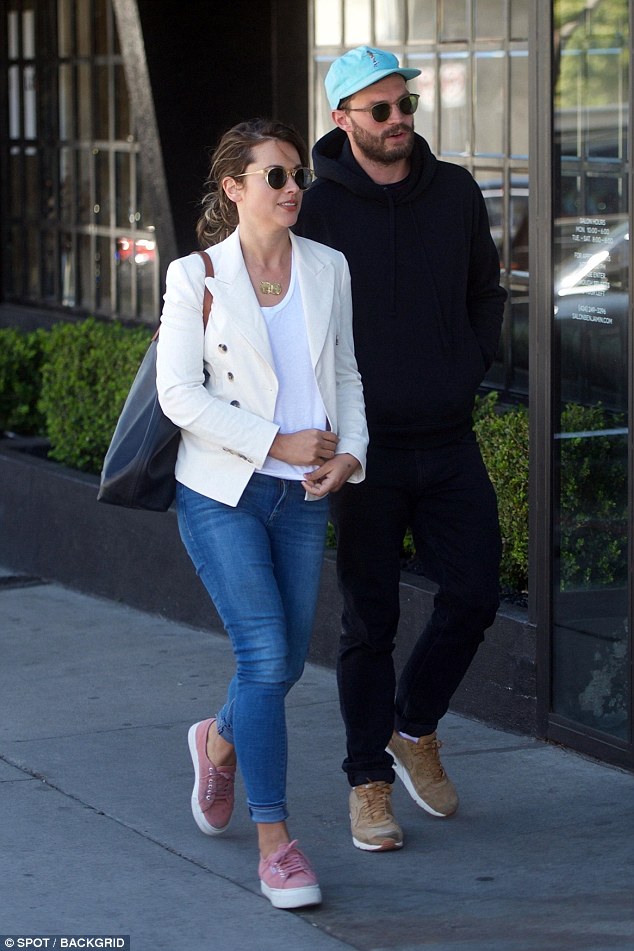 Handsome hunk: Keeping a low profile, the Irish hunk rocked a black hoodie that belied his muscular frame underneath

Chatting on The Ellen DeGeneres Show, Jamie said he was less keen on the idea of Amelia watching him as Christian Grey, saying: ‘I don’t want to pay for a ticket for her to like… you know.’

The host then asked if it’s hard to come home around Valentine’s Day – which is when the 50 Shades films are usually released – and have to ‘live up to’ his raunchy Christian Grey character at home.

Jamie said: ‘I’d like to think she’s more in love with me than that guy. I know she hasn’t seen the movies or anything.’ 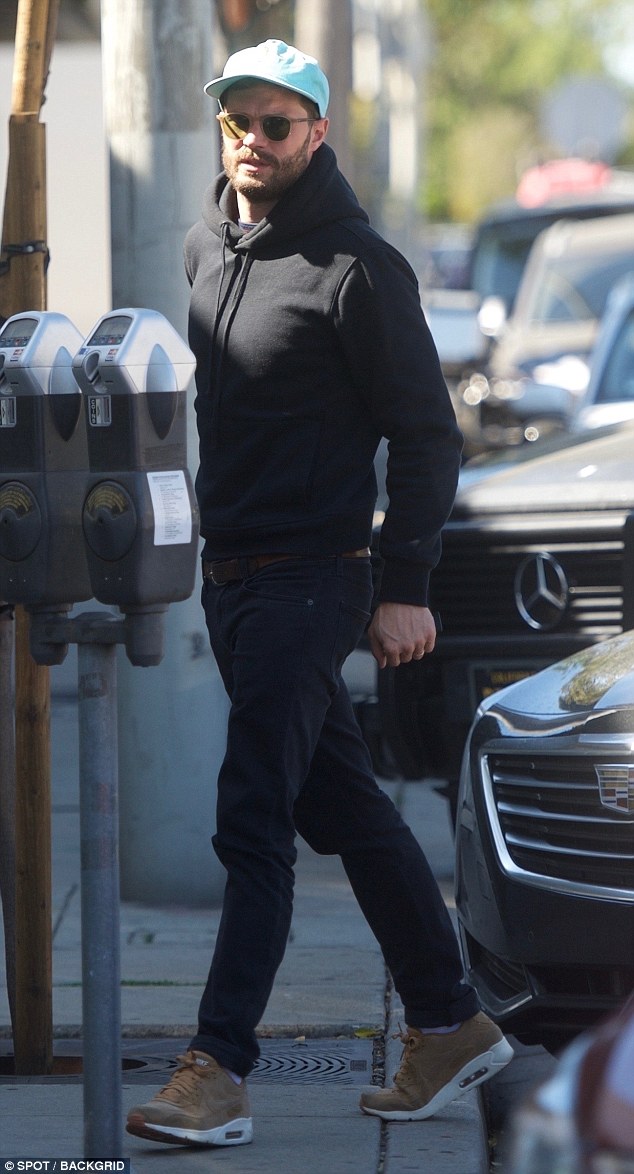 Leg man: He wrapped his gorgeous gams in a pair of dark pants as he paired the casual look with sneakers, a baseball cap, and retro shades

Jamie also spoke about fans approaching him at Starbucks while he’s in line and calling him Mr. Grey while he’s ‘literally holding one of my children.’

The father-of-two said: ‘I don’t know how to respond to it because I’m not him.’

Jamie and Amelia confirmed their engagement after two years of romance in November 2012, and went on to marry in an intimate Somerset ceremony in 2013.

Their daughter Dulcie was born at the end of that year, before the pair confirmed they were expecting again in October 2015.

It was not until March 2016 when Amelia was pictured walking with a stroller in Notting Hill that the arrival of their second child Elva was confirmed. 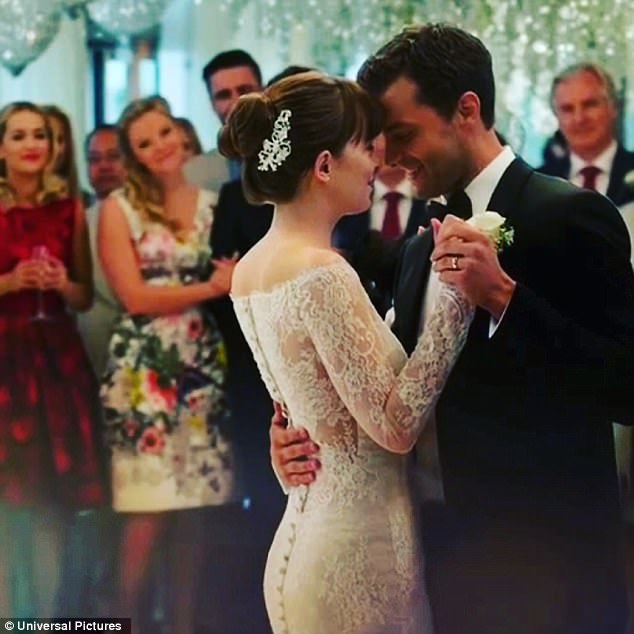