Paul Pogba is a real problem. Jose Mourinho clearly has an issue with his attitude and that discord is going to divide the dressing room.

Feuds like this don’t go away, this is a wound that won’t heal in a hurry. Pogba and Mourinho both have big egos, but one of them is going to have to relent for the good of the club.

If I was Jose, I’d say to Pogba, ‘You’re at a fantastic club: get your head down and work for your place’. If he can’t get into United’s team, he’s not going to make Barcelona or Real Madrid’s starting eleven.

He’s a player who thrives when he feels trusted — so Mourinho has not helped his confidence by switching him in and out of the side — but it’s time he stamps his mark on this team. At Juventus, he had the experience of Andrea Pirlo to guide him, but he needs to take charge of this United team. 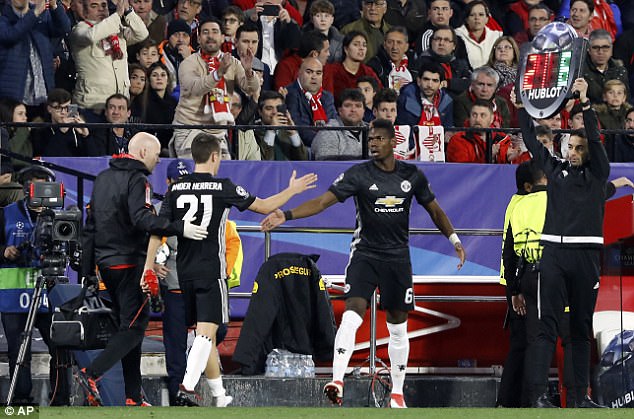 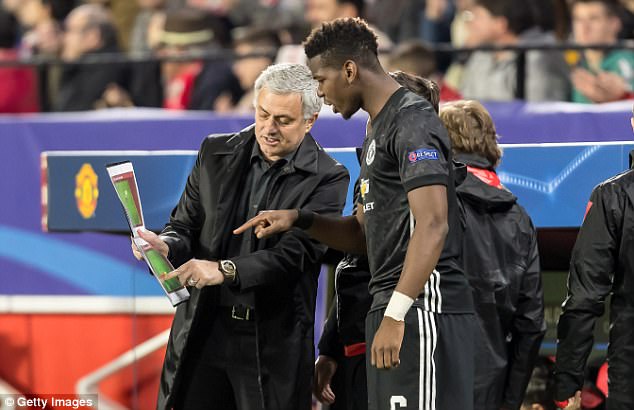 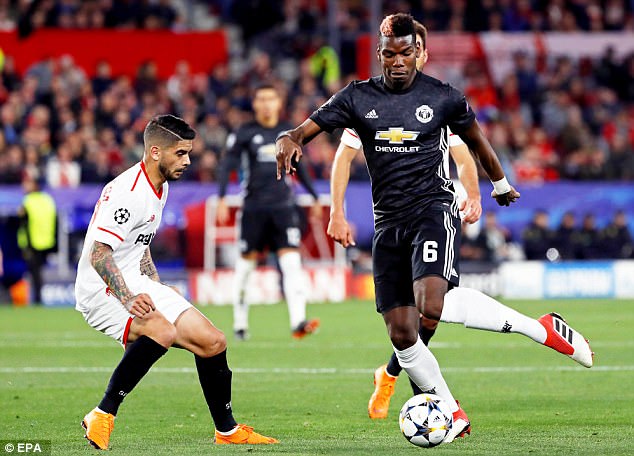 It’s great to see a young British player starting a Champions League knockout game, but Scott McTominay has been thrust into the eye of the storm.

My fear is, because of his position, he will be compared to Pogba. That’s not fair. Pogba is a £89million midfielder and McTominay has only started nine games in his career.

He was impressive against Sevilla in an intimidating atmosphere. 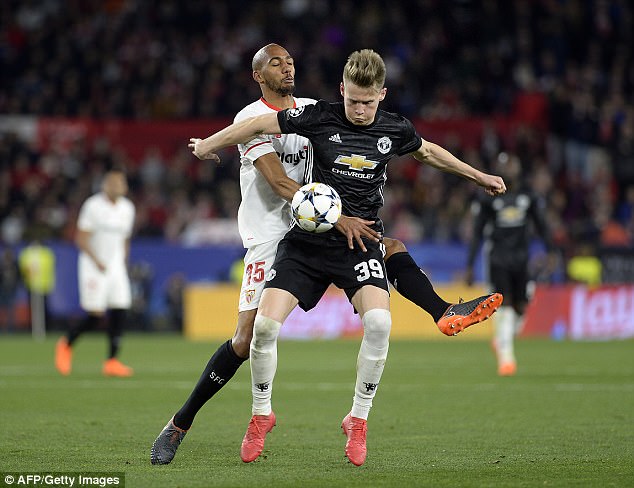 Scott McTominay, 21, was impressive against Sevilla but fans should not compare him to Pogba 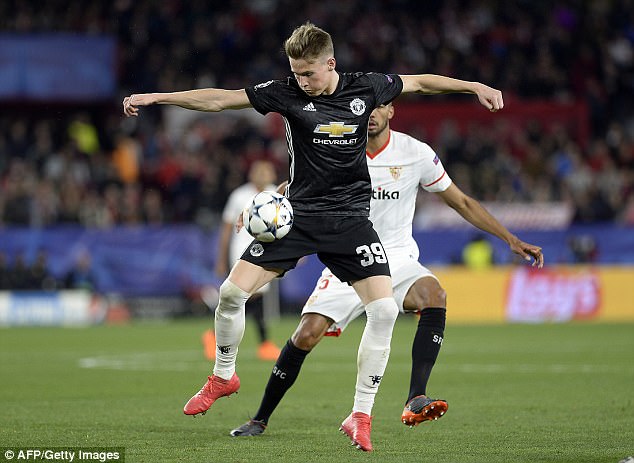 De Gea to the rescue again

How many times has David De Gea done this? That save at the end of the first half from Luis Muriel was outstanding.

He’s right up there alongside Manuel Neuer as the best keeper in the world. United’s defence top the clean-sheet charts in the Premier League this season with 15, but that’s down to De Gea.

The defence gets praised for the clean sheets but it’s De Gea who’s stopping the goals. 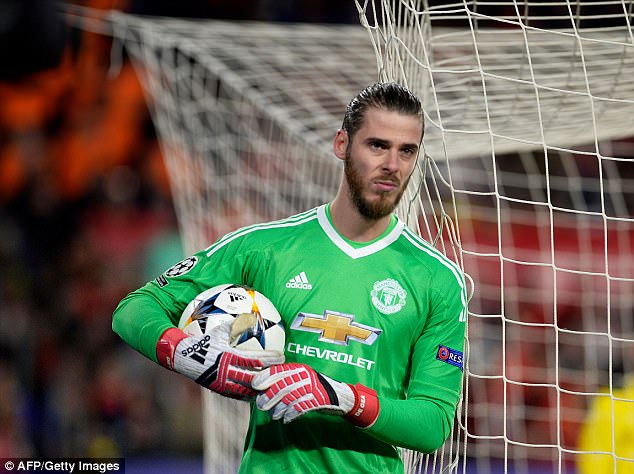 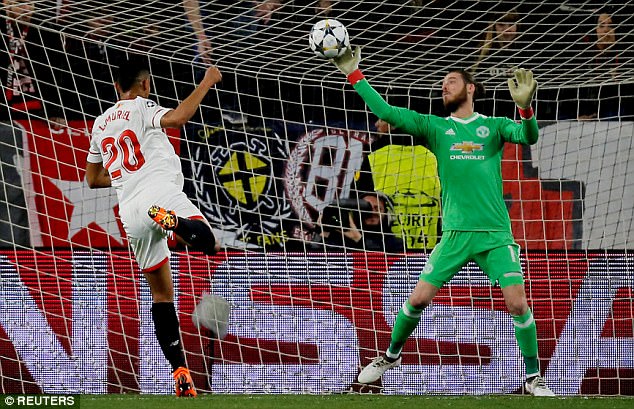 Sevilla will be real threat

In the 2-2 draw at Liverpool in the group stage, Sevilla showed how much of a goalscoring threat they can be away from home. They’ve scored nine goals in their last five away from home.

Alexis Sanchez and Romelu Lukaku should be able to play together, maybe even as a classic little and large partnership, but they haven’t clicked yet. If Sevilla stay true to form and score at Old Trafford, United will need a big performance from those two to go through. 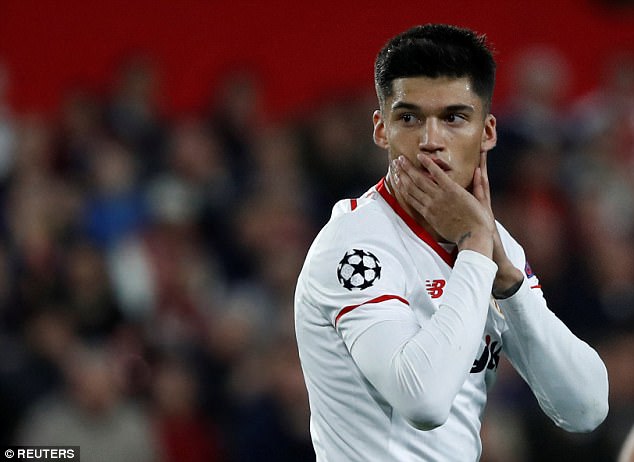 Sevilla will be dangerous at Old Trafford with stars like Joaquin Correa, who scored at Anfield 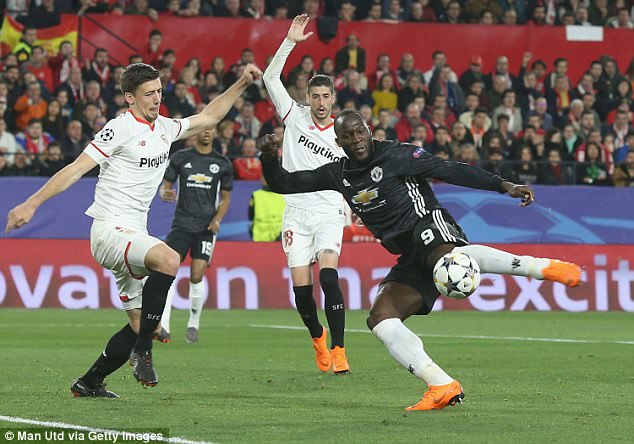