‘It’s a team full of KIDDERS’: Jamie Redknapp sympathises with Mikel Arteta and Arsenal’s youngsters after 4-1 defeat by Man City and insists their experienced stars are the problem – ‘you’ve got to get rid of those players as quickly as possible’

Jamie Redknapp has slammed the Arsenal squad saying there are only ‘three or four players’ that can be trusted within the team.

The Sky Sports pundit made the comments in the aftermath of the Gunners heavy 4-1 Carabao Cup exit to Manchester City.

Arsenal are in a terrible run of form, having not won in the league since the start of November and sit in 15th position – just four points above the relegation zone. 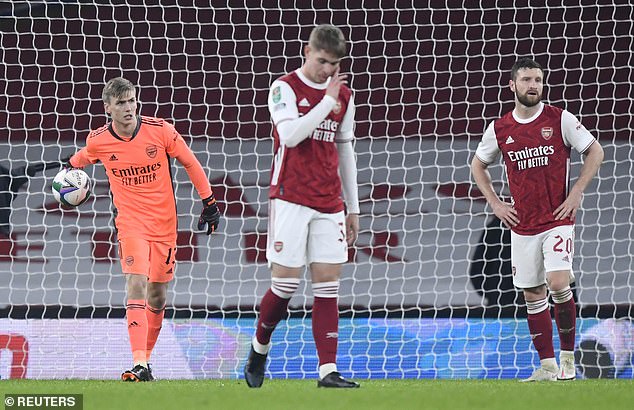 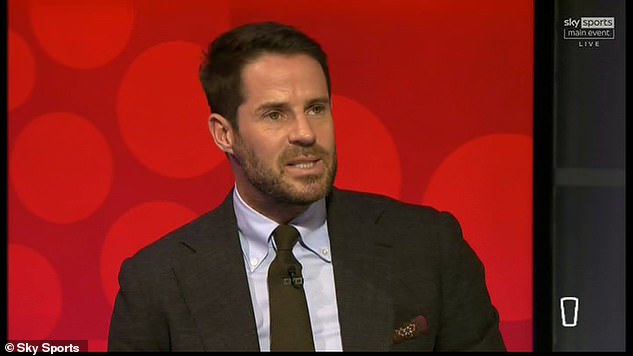 The number of negative results is putting more and more pressure on manager Mikel Arteta, but Redknapp feels that if he were to be replaced, any incoming manager would struggle to trust the majority of the players in the squad.

He said on Sky Sports:  ‘The last win they had was against Manchester United on November 1,  and in his defence I thought on that day they looked like they could be onto something special here.

‘Then all of a sudden things have gone and they look devoid of confidence. The biggest problem is there’s only three or four players if you were a manager coming in you could say “I can trust”.

‘Because I can tell you what will happen next time whoever (a new manager) comes in, David Luiz will play well for 10 or 11 games and you’ll go “he’s a good player,” then he’ll start making mistakes because he’ll get bored.

‘You’ll have (Granit) Xhaka and be thinking “wow he’s a good player as well,” he’ll then get sent off. The manager will probably bring Mesut Ozil in and be like “we shouldn’t have left him out in the first place”.

‘He’ll do it for a couple of games and then bored as well. That will be the problem with this team. Too many of them no matter what you do will let Arsenal down. 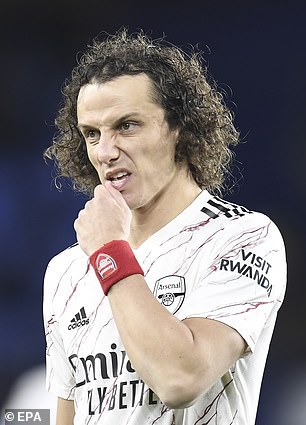 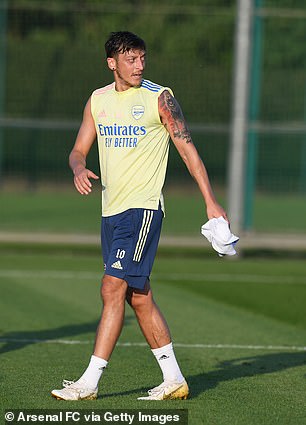 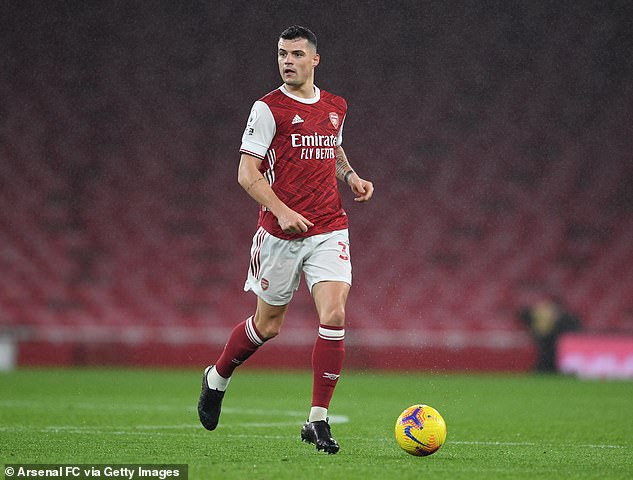 ‘It’s a team full of kidders right now and I feel sorry for the young players. So the manager they either need to stick with him and give him time to get out a lot of the players that are not good enough.

‘If you’ve got that, you’ve got major problems, you’ve got no chance. You’ve got to get rid of those players as quickly as possible and it’s not easy to do.

‘If you get rid of the manager who comes in? Who is out there?’

Former Manchester City player and co-pundit Micah Richards claimed that Arsenal’s FA Cup triumph over Chelsea ‘papered over the cracks’ at the club.

He added: ‘I still have some belief (in Arteta) because I’ve seen him on the training ground at Man City, I know he’s got something.

‘Don’t know if he’s a better coach or manager time will tell. It’s disheartening to see him like this but you can’t pin the blame solely on Arteta’. 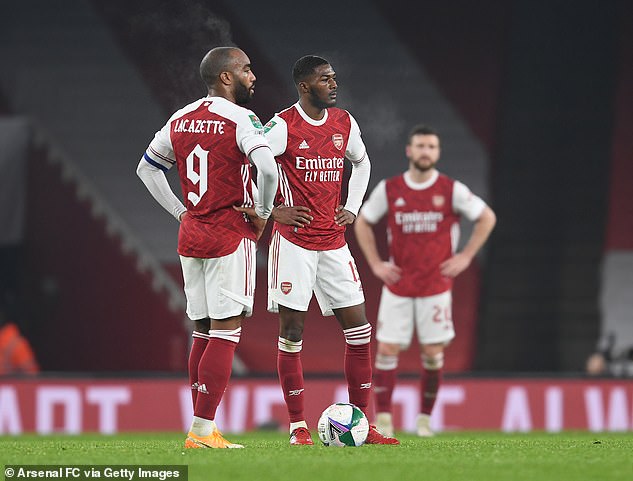 However, 14 games into the season, Arsenal sit just four points outside the bottom three

Arteta was appointed as Gunners manager one year ago, replacing Unai Emery after a stint as Pep Guardiola’s assistant at Manchester City.

The former Arsenal midfielder started off well at the Gunners and ended the coronavirus-affected season on a high by winning the FA Cup against Chelsea.

However they have only won four out of their 14 games in the league so far and have failed to win in their last seven games in a period where they have struggled to score and there has been ill-discipline on the field.