Laura Birbeck from Worcester had a respectable job as an air hostess, but do you know what? Babes, it was just too tiring. She was expected to work long hours. Be nice to the public! Sometimes even serve them a choice of hot and cold beverages, plus snacks.

Laura now strips off for adult internet channels. All she has to do in the morning is get up, put her clothes on — and then take ’em back off again.

No more of that pesky shift work, no more taking orders from the chief purser, no more landing cards needed in row 15.

As the saying almost goes, beauty fades, but stupid lasts for ever — even if the short-term gains are lucrative.

There are also ‘live shows’, where men call in to speak to Laura. Heaven knows what they chat about, but it probably isn’t the quality of egg sandwiches on the Heathrow-to-Miami route. While not exactly commonplace, this sort of career change is not unknown. This week, the BBC’s Victoria Derbyshire interviewed a marine biologist who works as a £900-a-week prostitute to pay off her £20,000 student debt.

More from Jan Moir for the Daily Mail…

Known only as Louise, she says she’d rather work in her London brothel than in a petrol station for the minimum wage. Clients pay £70 per half-hour and she receives £45; to be honest, I’m rather surprised at the low rate.

‘I’m stubbornly defiant about my right to do this kind of work without people inflicting their moral judgments on me,’ Louise says, and who is arguing? It’s her life and perhaps her situation is a sign of the times.

The huge demand for the kind of services that women such as Louise and Laura provide won’t go away.

In the world we have created, society is awash with pornography, while new generations are highly sexualised as a direct result of that corrosive saturation.

Yesterday, in a little newsagents in Dunblane, I noticed that the porny mags were unashamedly displayed alongside comics, puzzle mags and tins of shortbread.

Meanwhile, sex-grooming gangs proliferate in our cities. Another four men were jailed yesterday for grooming young girls on Snapchat and treating them ‘like trophies’.

A male friend says you can always tell they are prostitutes because they look interested in what the men are saying.

So Louise and Laura and many others like them have made their choices, adding to this monstrous, easy profusion of sex, sex and more sex.

Perhaps I’m supposed to think what they are doing is noble and feminist, but that would be difficult. If I had a daughter, I wouldn’t wish such a life for her — and if that’s judgmental, then so be it. I’d rather she served drinks on the plane or petrol in the garage.

Prostitution and stripping were once last-ditch economic choices of women with few options. For smart, educated women in 2018 Britain to go down that route not because they have to, but because they want an easier life and more cash, well, that is something rather less admirable.

Not that it is an easier life. Not in the long run. Nearly 30 years after it was released, Pretty Woman still casts a sickeningly rosy glow over the world of prostitution, with hooker Julia Roberts shopping on Rodeo Drive and waltzing into a fairytale ending with handsome, rich client Richard Gere.

The money might be good, the lifestyle might be improved, but what real worth is extra cash in your pocket against the soul- corroding existence of being a sex object, a physical receptacle for the urges of strangers?

Once you go through that door, it is hard to get back to the sacred land of yourself.

Nevertheless, I wish them both luck. They’ll need it. 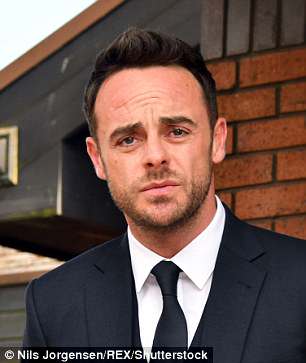 Yes, his behaviour was irresponsible and dangerous. Yes, he could have killed a child. Yes, he did a terrible thing. However, I felt a pang of sorrow for Ant McPartlin this week. After being found guilty of driving while more than twice the legal alcohol limit, the TV star was fined £86,000 and banned from driving for 20 months. But that was not the worst thing.

‘I think it will have quite an impact on you to know you’re no longer a man of good character,’ the judge had told him, after sentencing. Agreed. To have risen so high in public esteem and then to fall from grace in such ugly circumstances must wound the soul. Outside court, McPartlin looked wretched — utterly broken, his face grey with stress, his gaze hollow.

But not all is lost. Ant has made some dreadful choices, and for that he has no one to blame but himself. Yet he has it within himself to summon the willpower and energy to conquer his addictions and begin afresh. It might not be the same life, but it will be a life worth living.

OK. That’s all I need. Charlize Theron is complaining about having to put on 50lb for her role in the new film, Tully.

She had to set her alarm to carb load with mac and cheese at 2am, so don’t say she hasn’t suffered.

The weight gain made her depressed — oh my God, the pain these women endure for their art. Charlize said she went through her ‘ordeal’ by carbs because it was demanded of her ‘craft’. What?

That’s only acceptable if it is spelled Kraft and a slice of it has been melted over a burger, with a glass of wine on the side. And no, I don’t need an alarm call for that, thank you very much. 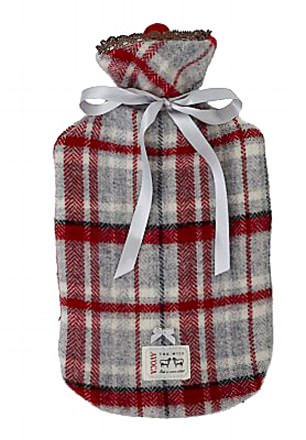 There is nothing worse than the utter joy of an unseasonal British heatwave — when you happen to be in a part of the country that is still shivering under grey skies.

Here in central Scotland, the only things hitting 28 degrees in the shade are our hot water bottles.

I might shrobe — not to ape Meghan’s style, but because I really need the cosy embrace of a cardi.

So for those boasting about sweltering in the sun, I have only two words — hosepipe ban.

Wetherspoons has dropped its social media accounts, while thousands are fleeing the inquisitive clutches of Facebook, fed up with being harvested like the cash crop they are.

Far from being a joyous new freedom, and a safe and enjoyable way to communicate with loved ones, social media sites have become fraught with peril — but look on the bright side. They are a dependable barometer of folly and stupidity.

Without Twitter or Instagram, how would we know that pop star Olly Murs heard imaginary gun-shots in London’s Selfridges, causing a public stampede? Or that Lily Allen is a lemon-pip-brained Lefty conspiracy theorist, rapper Stormzy appeared to have ‘drug paraphernalia’ in his home and that Donald Trump is, well, Donald Trump!!!!!

This week alone, the former wife of cheating TV sports presenter Richard Keys went to the police to complain about a disobliging Tweet from his sister, who claimed she was lying in a book she has written about Keys’ infidelity with his daughter’s best friend.

Haven’t the cops got better things to do? Yes. Police sergeant Leanne Carr is under investigation for posting Instagram photographs of herself living it up at holiday hotspots around the world, after being signed off sick for seven months.

My dolt-o-meter has exploded under the strain of these antics. But thank you, Twitter, for the jolly good laugh.

Isabella Rossellini has been asked to return to front a beauty campaign for Lancome, 23 years after the company sacked her for being too old.

I do hope the Italian actress, aged 65, is going to charge them extra ££££s for every gorgeous new wrinkle.

Meanwhile, she has been explaining why she doesn’t feel comfortable telling her own #MeToo story about the man who raped her as a teenager. ‘I do understand the value for some people to talk about their experiences, but for me, there is no value,’ she said.

‘The person that raped me was a year older than I, why would I dig out this story 48 years later?’

She said the revelation would destroy him. ‘And I don’t have the heart for it.’ 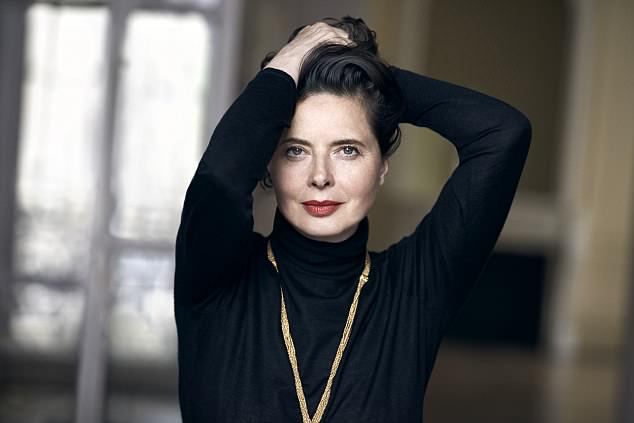 Isabella Rossellini, pictured, said she will not name and shame the man who raped her as a teen