Jana Hocking dating app safety: I had a horror experience with a dangerous man I met online

Earlier this year I went on a date with a man I met on an app. He appeared fairly normal. He was tall, handsome, neatly dressed, had a good job, lived in a nice suburb. We organised to meet at a wine bar, and at first, things went fairly smoothly.

I began to feel uncomfortable when I was up to my second and he was on to his fifth or sixth and started slurring. I politely made excuses and attempted to leave when he started abusing me as I rushed out the door.

Then came three very drunk phone calls from him. I didn’t answer but he left very slurred voicemails before I eventually blocked him. 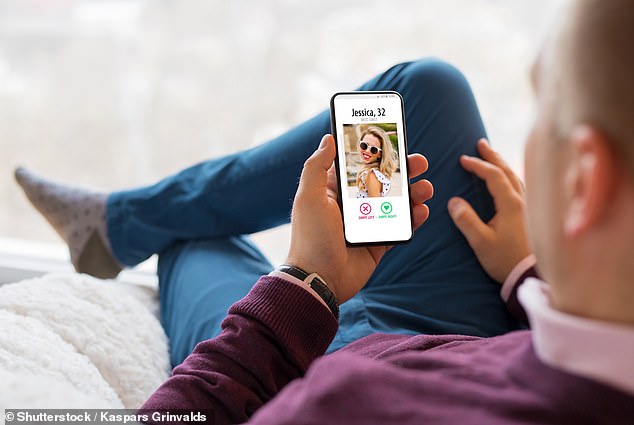 According to data from a recent Australian Institute of Criminology survey of nearly 10,000 app users, approximately 3 in 4 respondents had experienced online sexual violence – such as abusive or threatening language and/or unsolicited sexual images – in the past five years

About a month later, I was sunbaking with a friend at the beach and she was telling me about a guy she meeting up with later that night who she met on an app. He sounded fun, outgoing and gave good banter.

A few hours later I received a very distressed text from her, along with a photo of a bruised bite mark on her arm. She explained that her date had started downing drinks at a fast pace and when she went to leave, he grabbed her arm and bit it. Yes, he bit it.

I asked to see a picture of the guy and sure enough it was the same one I had met. I was furious. As we shared our experiences and she slowly calmed down from the frightening date, we pondered how many other women had been in our exact position. 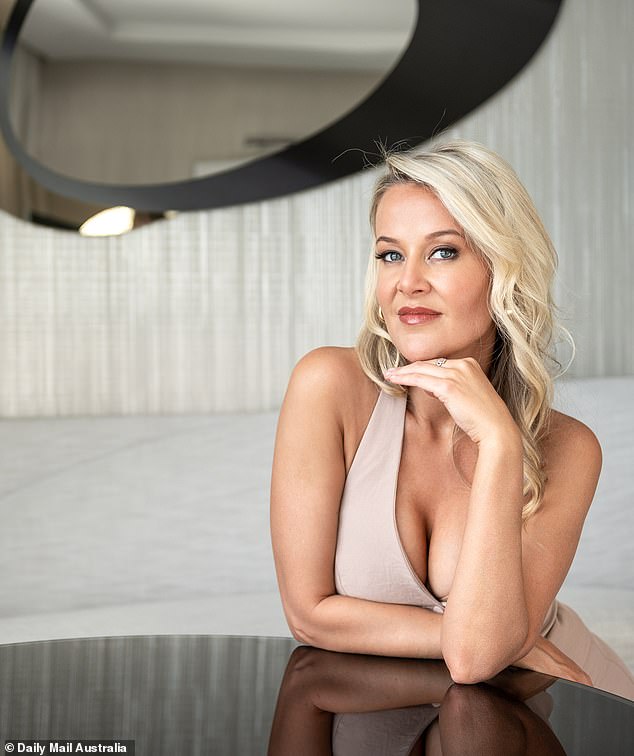 ‘If these dating apps want to play matchmaker, then they have to take on the responsibility of mama and papa bear as well. Protection should always be at the forefront,’ Jana says

Do you think dating apps should do background checks on all users?

A few weeks later I saw his face pop up on the news as he entered a court. He was defending himself against an AVO charge – and it wasn’t his first one.

Now I know what you are thinking, why didn’t we report him? Well you see, once you unmatch with someone it is hard to go back, find them and notify the relevant people. But the real question is, why was he allowed on the dating app in the first place?

If these dating apps want to play matchmaker, then they have to take on the responsibility of mama and papa bear as well. Protection should always be at the forefront.

If I am matchmaking a friend up with another friend, I am confident that I know their history extensively enough to not put them in trouble.

Singles listen up: How to stay safe on a dating app in 2022

According to data from a recent Australian Institute of Criminology survey of nearly 10,000 app users, approximately 3 in 4 respondents had experienced online sexual violence – such as abusive or threatening language and/or unsolicited sexual images – in the past five years.

One-third of participants reported experiencing abuse in person from an individual they met on a dating app. Of those who reported such incidents, 27 per cent mentioned incidents such as sexual assault and sexual coercion (e.g. drinks-spiking).

These statistics are a troubling reminder of how important it is to exercise caution when using dating apps in Australia. Here are six tips you can use to prioritise your safety when using these platforms.

So how should you improve your safety?

Block and/or report any inappropriate or aggressive users – if you ever do receive abusive, threatening or derogatory messages from someone you connect with, don’t hesitate to report this behaviour to the platform

Opt for public dates –  sure, first dates can be a bit awkward – and sometimes, in these uncomfortable moments, the last thing you want is an audience. But it’s vital to only meet people off dating apps in public settings, at least for the first few meetups

Use a different profile photo to any other photo of you that is online, or you have used on a social media service – this will stop someone finding you, and information about you, when they do an image search. You don’t want them to find you through the same photo on another site

After the deaths that have come from dating app dates, isn’t it time we require verification at the very least? I would go so far as calling for police checks.

Have you been in a position where you’ve felt unsafe with someone you met on a dating app?

You may roll your eyes and think I’m being dramatic, but how many more women have to die trying to find love?

This week I asked no less than 20 girlfriends if they had ever been in a scary position during a dating app date, and it wasn’t one or two who said ‘yes’, it was every single one of them. Not okay.

I brought the police check theory up at a family dinner last night and my mum, who is a former nurse, explained that all nurses are required to get a ‘working with children’ police check before they take on the job.

It reminded me that I was required to get a police check before I took a TV production job and a quick google helped me discover that there is a HUGE range of jobs that require police checks including miners, childcare workers, drivers, teachers, correctional staff, and any other profession that grants the staff direct or indirect access to sensitive positions or positions of trust. 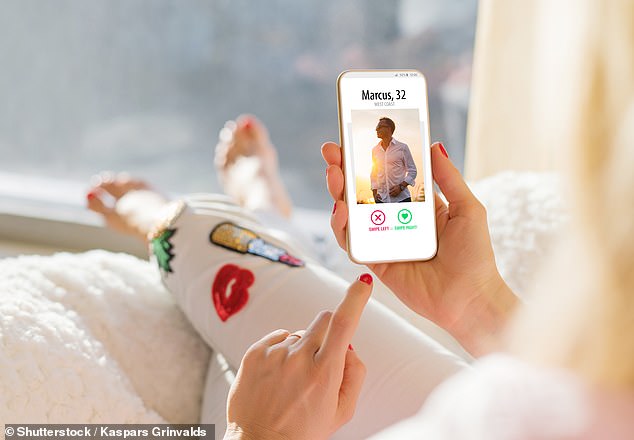 ‘This week I asked no less than 20 girlfriends if they had ever been in a scary position during a dating app date, and it wasn’t one or two who said yes, it was every single one of them. Not okay,’ Jana says

These things are very common, so why are they not required in a space that puts people, alcohol and emotional vulnerability together?

Sure the apps can preach on about the very basic safety measures they put in place but one look at the news proves they aren’t enough. Because there’s no denying that online dating doesn’t come without risk. These risks come in the form of sexualised violence, identity theft, physical violence and scams. Do the owners of an app that documents a history of such occurrences not feel blood on their hands?

Sure, many people have had amazing experiences on these apps – I’ve been to plenty of weddings that prove they can be a success and I’m certainly not calling for them to be shut down.

But do they need an almighty rocket up their backside to start taking online dating security more seriously? Yes.

No woman should leave a date feeling traumatised, if they leave the date at all. I’m sickened and saddened by the latest death that has been traced back to a dating app, and it’s time we took the lives of women more seriously.

People looking for love should have to verify they are not a convicted criminal before they are allowed to use a dating app, a tech expert has claimed.

Technology commentator and editor of EFTM, an online men’s magazine, Trevor Long said potential suitors should not have to fear for their lives when meeting up with a stranger.

‘Twitter has its verification ticks so why shouldn’t dating apps have authentication ticks to prove this person is who they say they are?’ he said.

Dating apps have been called on to tighten security measures and keep a record of the online conversations in case they need to be used for evidence, while the federal government has been urged to introduce a domestic violence register.

Mr Long said dating apps had a responsibility to protect their subscribers and had fallen behind other industries that had identity checks.

‘If you want to get a job working for children you need to get a working with children’s check,’ he said.

‘I recently signed up to a pre-paid mobile phone plan and handed over my driver’s licence and card number.

‘I assume the company made an autonomous inquiry on my behalf before approving my plan. This stuff is not hard, change can be implemented within months.’

The information could then be used by the company to do a quick background check on the user.

‘Every state already has our identity stored,’ he said. ‘That information could be verified without the dating app having to save or retain any private information.

‘All it does is verify with a government authority that you are who you say you are. There is no invasion of privacy.’

Full Stop CEO Hayley Foster suggested dating apps go a step further and keep conversations on record in case they needed to be used as evidence.

‘I spoke to a survivor yesterday who had been assaulted by somebody [she met] on an app,’ she said.

‘When she went to have the matter investigated by police, the conversation had vanished because they had unmatched.

‘People using sexual predatory behaviours are getting away scot-free by closing their accounts and going about their business.’

Ms Foster called for the federal government to introduce a domestic violence register to improve safety in the dating community.

If you or someone you know has experienced sexual harassment or violence from someone on an online dating app, there is support available to you. Contact the 24/7 National Sexual Assault, Domestic and Family Violence Counselling Service on 1800 RESPECT.