‘Please raise a glass to freedom’: Jane Fonda leads tributes from Hollywood greats to her brother Peter who dies aged 79 as his family references his iconic role in Easy Rider asking fans to raise a toast to the beloved actor

Hollywood and the world beyond is mourning the death of actor Peter Fonda, who died at the age of 79 on Friday after suffering respiratory failure from lung cancer.

Survived by his older sister Jane Fonda, 81, the late actor has moved several of his famous contemporaries to pay tribute to him on social media.

Jane released a statement, saying, ‘I am very sad. He was my sweet-hearted baby brother. The talker of the family. I have had beautiful alone time with him these last days. He went out laughing.’

A family statement added: ‘It is with deep sorrow that we share the news that Peter Fonda has passed away. [Peter] passed away peacefully on Friday morning, August 16 at 11.05am at his home in Los Angeles surrounded by family. The official cause of death was respiratory failure due to lung cancer.’

She lost her little brother: Hollywood and the world beyond is mourning the death of actor Peter Fonda, who died at the age of 79 on Friday; here he is pictured with his sister Jane in 2013

The screen star’s relatives referenced his role as Wyatt in the 1969 motorcycle movie about the freedom of the open road as they closed out their statement.

‘In one of the saddest moments of our lives, we are not able to find the appropriate words to express the pain in our hearts. As we grieve, we ask that you respect our privacy.

‘And, while we mourn the loss of this sweet and gracious man, we also wish for all to celebrate his indomitable spirit and love of life. In honor of Peter, please raise a glass to freedom.’

Others who paid tribute to Fonda include director Rob Reiner, who said, ‘My heart goes out to Jane over the loss of her brother.

Actor Cary Elwes wrote, ‘RIP #PeterFonda. A legend not only on screen but for helping create the independent film industry. 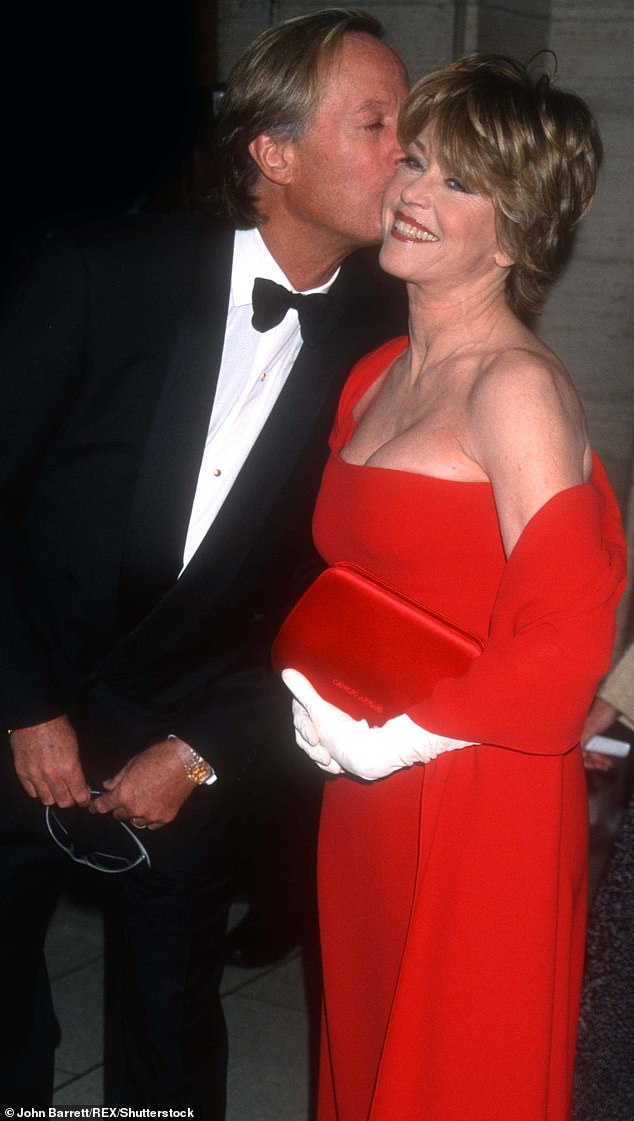 He touched many: Survived by his older sister Jane Fonda, the late actor has moved several of his contemporaries to pay tribute to him on social media; here the siblings are seen in 2001 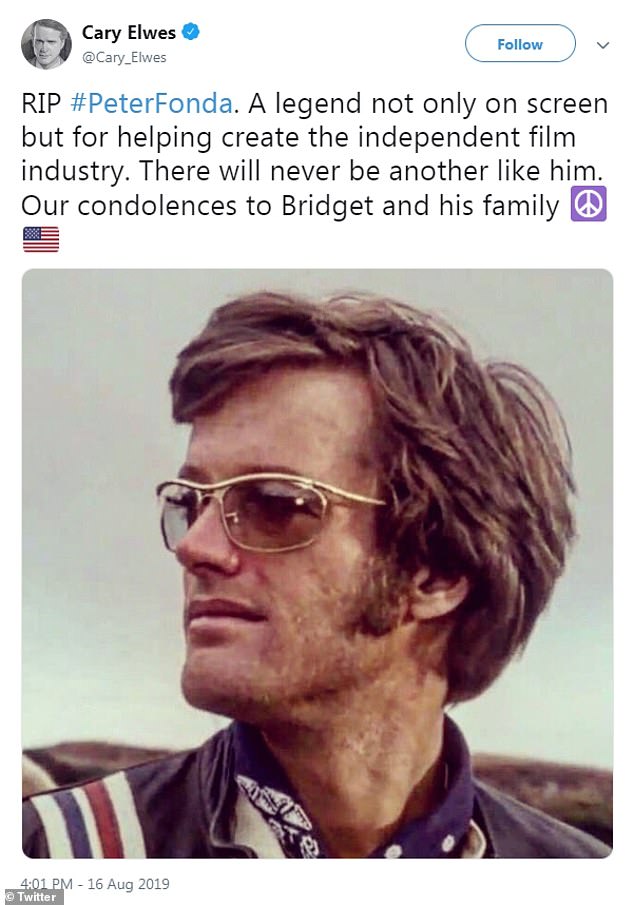 ‘There will never be another like him. Our condolences to Bridget and his family ☮️’

‘RIP Peter Fonda, counter culture legend, groundbreaking actor and all round real life hero. His sampled voice in Primal Scream’s ‘Loaded’ will echo on forever: “Just what is it that you want you to do…”‘ 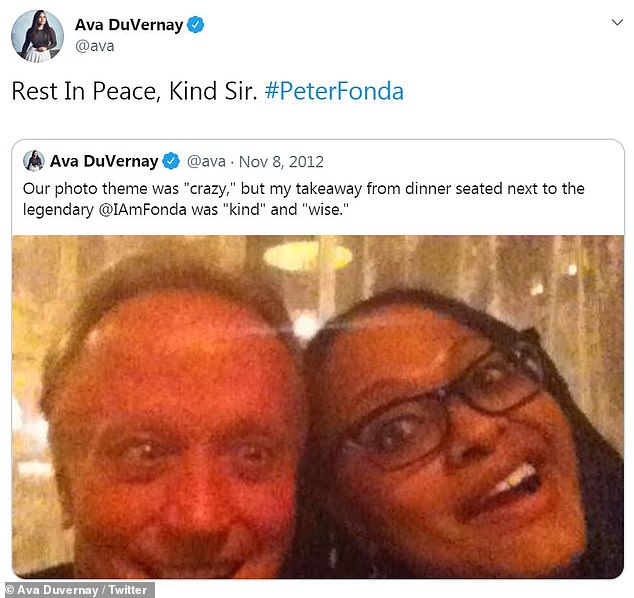 Moved: When They See Us filmmaker Ava DuVernay was moved to share a photo of herself with Fonda, along with an RIP message 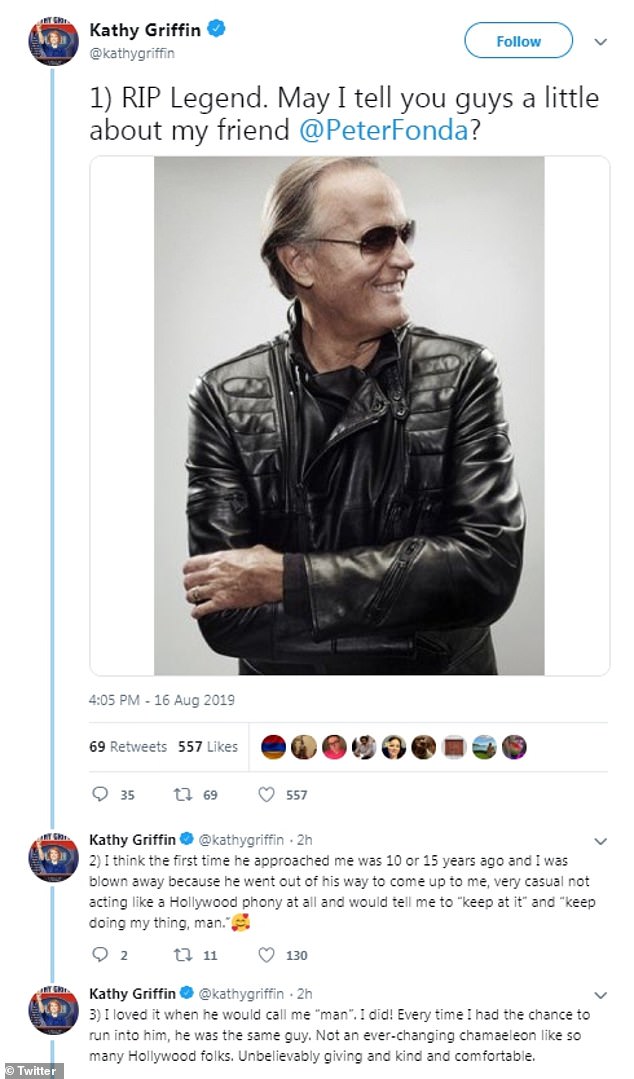 Outspoken comedienne Kathy Griffin took several tweets to describe her interactions with Fonda over the years, calling him ‘unbelievably giving and kind and comfortable.’

And Nancy Sinatra took to Instagram with a black and white still from Easy Rider, captioning it, ‘Godspeed, Heavenly Blues. You will carry my heart with you wherever you may ride. #PeterFonda’

Fonda was nominated for two Oscars throughout his long and storied career, one in 1969 for co-writing Easy Rider, and one almost 30 years later for his leading role in the underappreciated drama Ulee’s Gold.

In addition to his sister Jane, Peter is survived by his wife Margaret, son Justin, and daughter Bridget Fonda, who is a retired actress. 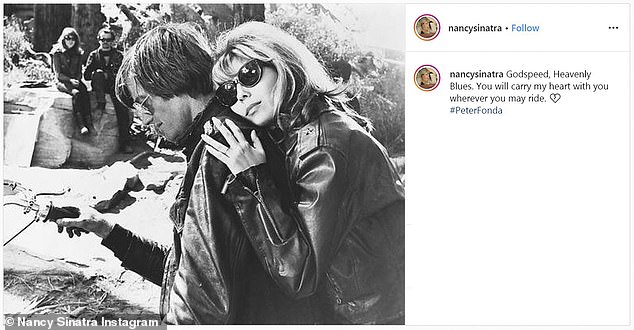 Remembrance: Actor Carl Weathers remembered his time with Fonda when they worked together on TV’s In The Heat Of The Night 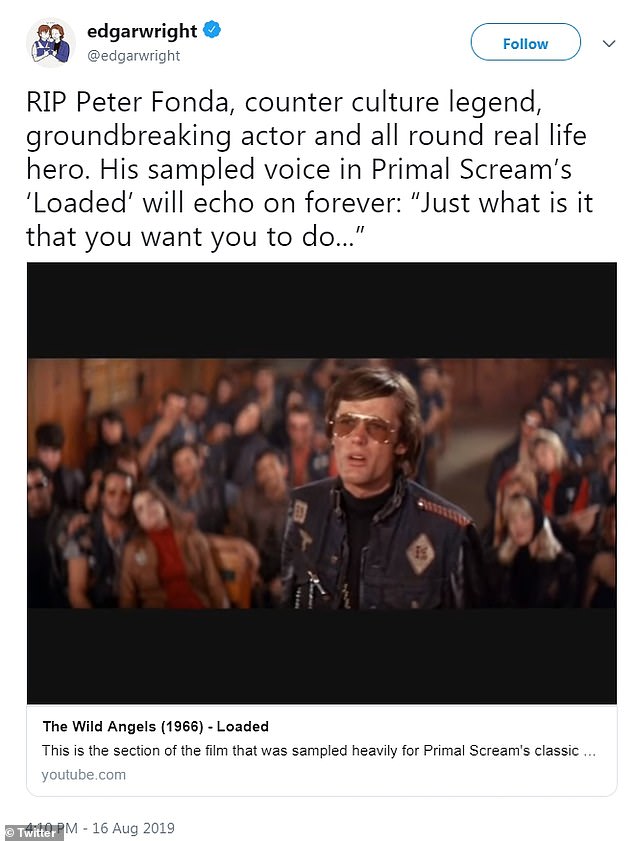