She has insisted she could easily pass for 25 after producers got a younger actress to play her role in flashback scenes for her new mini-series, Glow and Darkness.

And Jane Seymour looked stunning in a grey wig as she confirmed she would be returning as Madelyn in The Kominsky Method for its third season on Tuesday.

The screen star, 69, radiated beauty as she wore a black dress in the social media snaps, shortly after lashing out at Glow and Darkness producers for casting a younger actress in her role.

Radiant! Jane Seymour looked stunning in a grey wig as she confirmed she’d be returning to as Madelyn in The Kominsky Method for its third season on Tuesday

The actress confirmed that the trio only took their face coverings off for the photo, and the only other time they take them off is when the directors call ‘action’.

She captioned the post: ‘It’s true, I’m so excited to be back as Madelyn for #TheKominskyMethod Season 3! Happy to be with these two amazing people and fantastic actors @lisaedelstein and @hjosment!

‘As you can see they have been great with mask mandates on set and daily COVID testing, we only took ours off for our photo together and when they yell, “action!”‘ 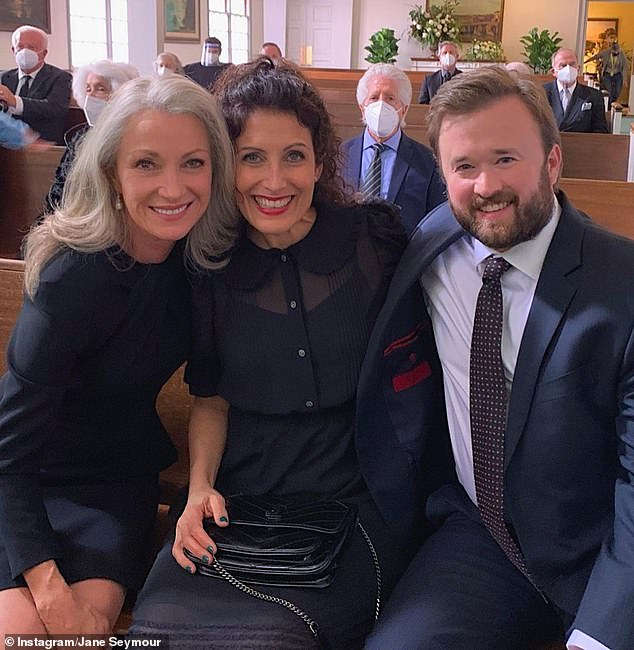 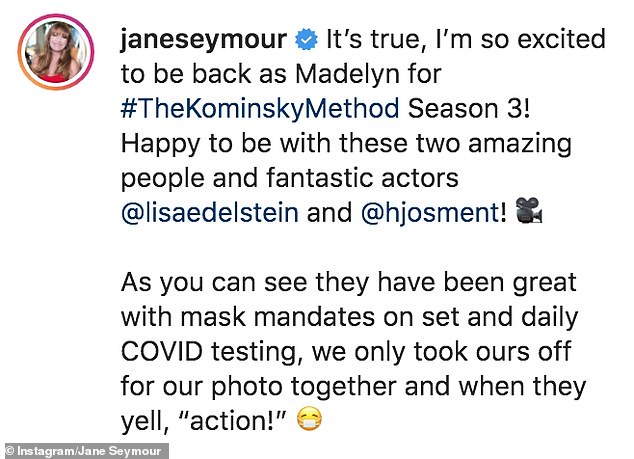 Mask mandate: The screen star confirmed the trio only took their masks off for the photo and when they call ‘action’

The Kominsky Method first aired on Netflix in 2018 and the streaming service confirmed the show would be back for a third season.

Earlier this week, Jane hit back in an impassioned interview after producers got a younger actress to play her role in flashback scenes for her new mini-series.

The actress told how show bosses originally told her she could play herself at 25 in her new role as Eleanor of Aquitaine in Glow and Darkness, in which she stars alongside Joan Collins.

Seymour said the option was then taken away and handed to a younger actress, leaving her fuming. 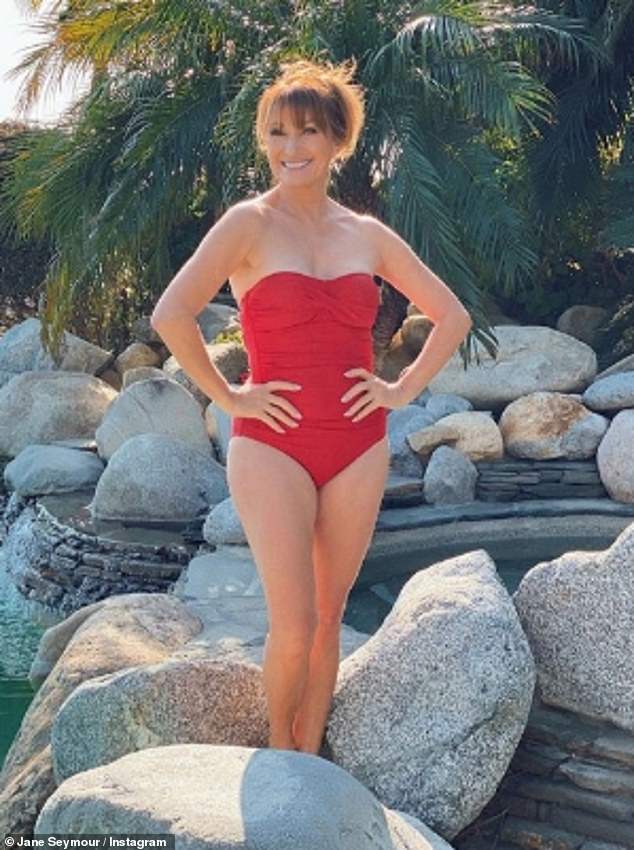 Wow: Jane (pictured in July) has insisted she could pass for 25 as she hit back back after producers got a younger actress to play her role in flashback scenes for her new show 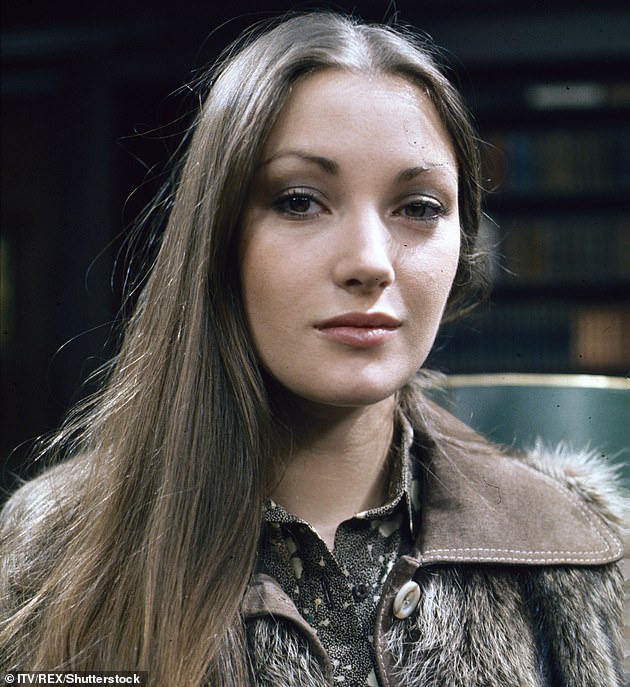 Way back when: Seymour – pictured here in 1975 when she was 25 – says she could still play a young version of herself now at the age of 69

She explained in an interview with The Times: ‘They told me that only I was going to play myself at 25 but before I even got round to doing it, the day before, without telling me, they found another actress to play me at 25…

‘It’s something I really don’t understand at all because believe it or not, and you can see on Instagram, they don’t even need to do the facial stuff on me. It works just fine. Joan Collins is 87 and she’s supposed to be playing a woman who dies at 40’.

The actress revealed that thanks to ‘rigid self-discipline’ and eating just one meal a day she weighs the same as when she was 17.

She also explained that she has never had facial surgery, unlike many of her acting contemporaries. 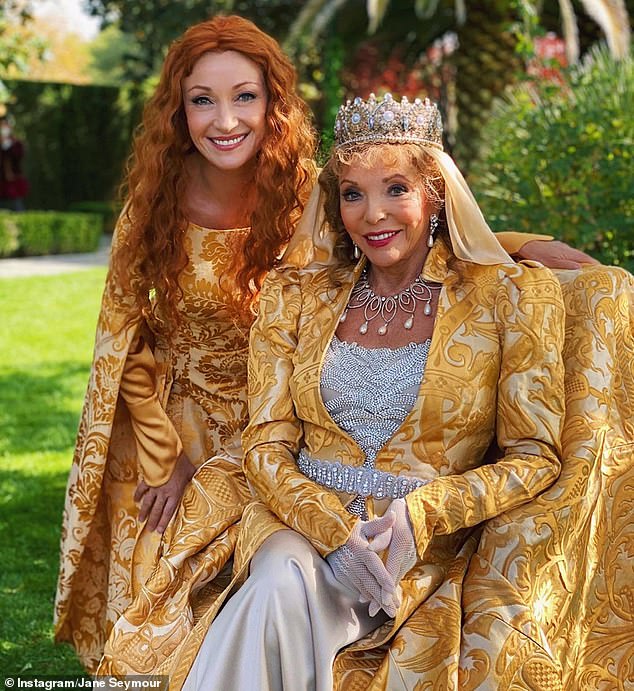 Talented: Jane is starring opposite Joan Collins (pictured) in new series Glow And Darkness, a medieval drama depicting the life of Saint Francis of Assisi

The star then went on to give the secrets of her youthful looks, explaining she eats one meal a day comprising ‘vegetables lean fish or a small piece of chicken and, very occasionally, a thin slice of lean steak. [She] snacks on raw carrots or celery.’

Jane is starring opposite Joan Collins in new series Glow And Darkness, a medieval drama depicting the life of Saint Francis of Assisi, while focusing on popular historical figures such as Richard the Lionheart.

On surgery, which she has always been candid about, Jane said: ‘I have nothing against it, I think it’s fabulous if that’s what you want to do and obviously I’m looking around at people my age who look like Barbie dolls.’ 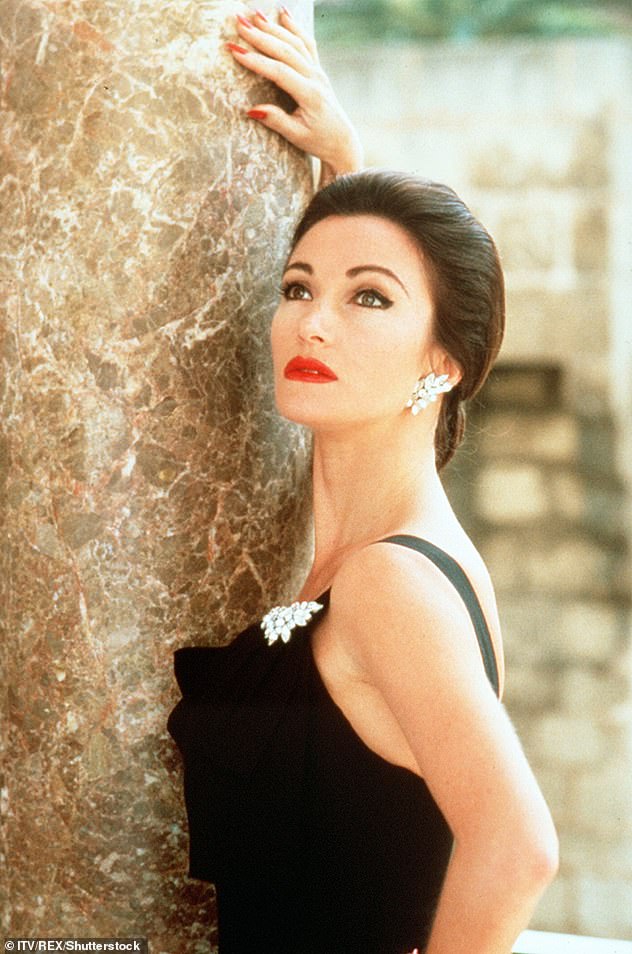 Jane has previously admitted to having a boob job and having her eyes done, but other than that insists an actress needs to ‘be able to move their face’.

Her chat comes after Jane revealed last month that she went through an ‘awakening’ after going into an anaphylactic shock on a film set – an experience which ‘changed her whole life’.

The former Bond Girl claimed she ‘died, left her body and was resuscitated’ as she shot scenes for her portrayal as American-born Greek soprano Maria Callas in Onassis: The Richest Man in the World back in 1988. 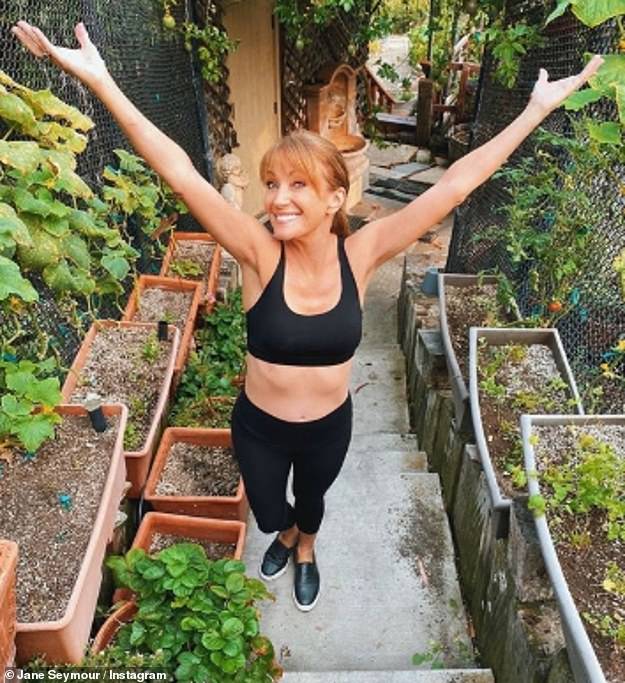 Wow! The actress offered the secrets of her youthful looks, as she said she eats one meal a day comprising ‘vegetables lean fish or a small piece of chicken’ (pictured in September)

Actress Jane insisted she was determined to ‘come back’ as she has children she wanted to raise and aimed to ‘make a difference’ in the world.

The screen star explained that she went through the terrifying ordeal after an antibiotics injection missed a muscle and went into a vein.

Recalling the incident on a recent episode of the ID1OT podcast, the award-winning thespian said: ‘I had anaphylactic shock and I died and I was resuscitated.

‘After the injection I could feel my throat close, my heart beating too fast, it was like a loud noise in my chest and then suddenly silence, complete peace. Peace like I’d never experienced except when I’ve tried to do meditation. 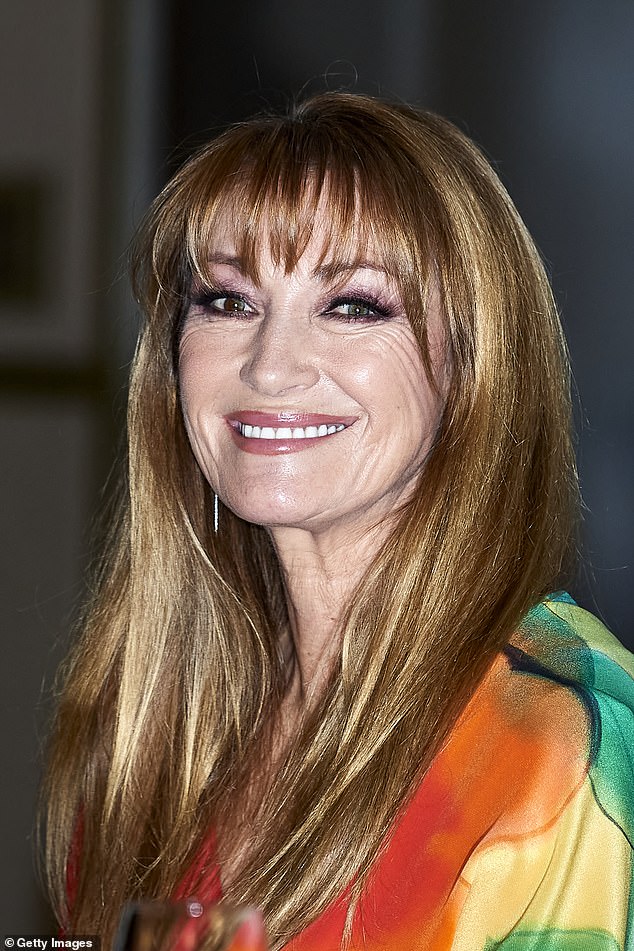 On surgery, Jane said: ‘I think it’s fabulous if that’s what you want to do and obviously I’m looking around at people my age who look like Barbie dolls’ (pictured in October at age 69)

‘I saw this white light and then I looked down and I saw this body and it looked like me, and I’ve seen myself in movies and I know what I look like.

‘There I am and there’s this man screaming in Spanish ’emergency, ambulance’, and now my naked backside and two huge syringes, and he’s screaming down the phone.

‘And it’s like you’re floating round the room, and I could see the syringe with blood in it. Then I remember looking back up at the white light.

‘I remember just saying if I can I want to get back in that body because I have kids that I want to raise and I will not waste my time, I want to make a difference.’

The TV and film star, who has been married four times, shares Katherine, 38, and Sean, 35, with ex-husband David Flynn, and twins John and Kristopher, with former spouse James Keach.