Fans have walked out of yet another Janet Jackson gig after complaining about ‘audio issues’ during a concert in New Zealand.

The legendary hit maker was performing at the Friday Jams Live event in Auckland on Sunday when the audience started leaving.

Fans were less than impressed with Jackson’s vocals, and claimed the star ‘couldn’t keep up’.

The walk-out comes after Jackson was slammed for lip-synching during RNB Fridays shows in Perth and Brisbane last week.

Jackson repeatedly tapped her audio pack during her performance at Western Springs stadium, but did not appear to lip-sync, Stuff reported.

The performance prompted concertgoers to leave en masse as she performed Best Things in Life Are Free.

One concert-goer even shouted out ‘Janet Jackson is s***’ as they left the venue.

But not everyone was unhappy with the show.

Jackson has been touring with Friday Jams Live and her previous performances have been marred by accusations of lip-syncing.

Fans in Brisbane and Perth walked out when Jackson started singing. 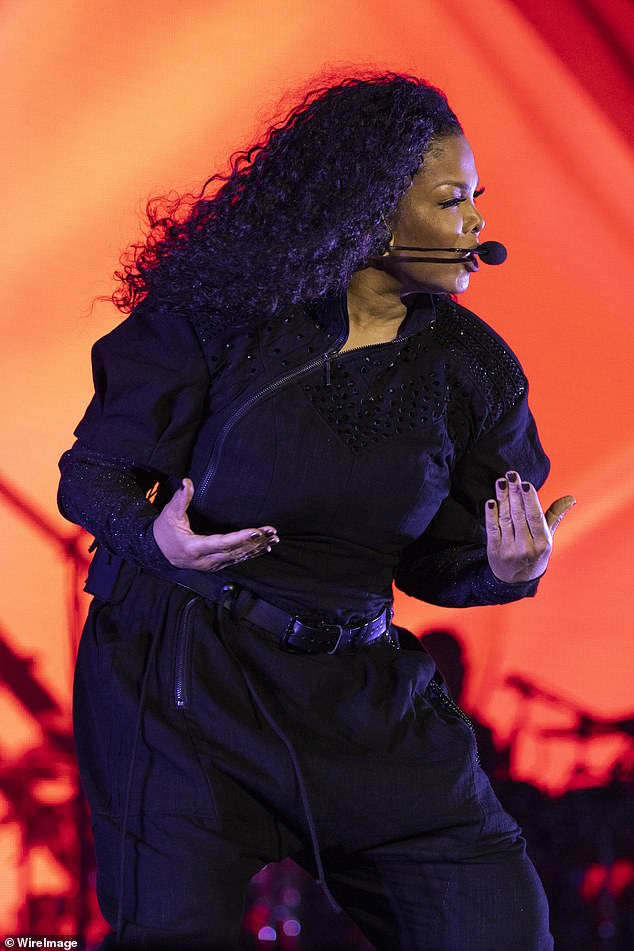 Reveller Stuart Watson, who attended the show in Brisbane on Friday gave a scathing account of Jackson’s set.

‘When Janet Jackson came on it was just a disaster,’ he told The Sunday Mail.

‘Her sound was just terrible. She would be singing and then all of a sudden just do random stuff.’

Stacey-Anne Ritchie said she had never seen so many people walk out of a concert.

Audiences also slammed Jackson’s performance in Perth last week where the singer was accused of lacking energy and the crowd came to a halt. 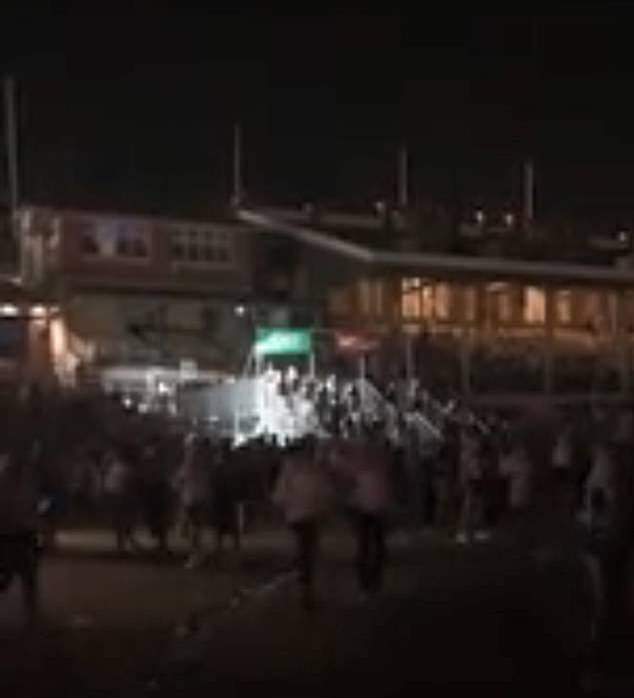 Ms Jackson’s previous performances have been marred with accusations of lip-syncing, with audiences in Brisbane also walking out of the show (pictured)

While many fans said Jackson’s dancing was impressive as she pulled out her late-brother Michael’s famous crotch-grabbing move, it wasn’t enough to stop hundreds of angry fans from leaving the venue.

Many took to social media to vent their anger.

One person called it the ‘biggest disappointment of 2019’.

‘Glaring lip syncing by JJ and an abrupt ending with a confetti-covered crowd blanketed in darkness,’ another concertgoer wrote.