JANET STREET-PORTER: Why SHOULD Nazanin Zaghari-Ratcliffe be grateful?

Why should Nazanin be grateful?

If she had a nice British name like Mary Brown and blonde hair, would a bunch of petty racists have taken to social media moaning that she ‘didn’t seem grateful’ to be back in the UK after six years in captivity in Iran, a country renowned for its abuse of human rights and contempt for women?

Within moments of Nazanin Zaghari-Ratcliffe declaring at her first press conference since her release ‘how many Foreign Secretaries does it take for someone to come out? Five. It should have been one’ the hashtag #ungrateful was trending on Twitter along with #sendherback.

Worse, some idiots accused her of ‘disrespecting her husband’ for daring to say she disagreed with him after he thanked the government for bring her home.

Why should Nazanin Zaghari-Ratcliffe feel grateful for her release? asks Janet Street-Porter 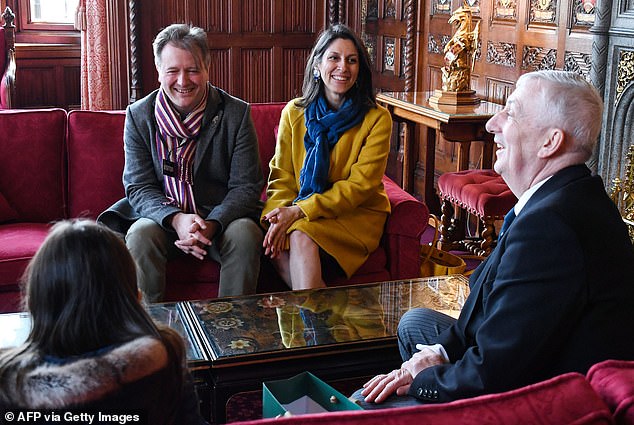 One chap said she was ‘biting the hand that saved her’.

There’s nothing like the sight of a strong-willed, opinionated woman to flush out the bigots that exist just below the surface in British society.

The thought police who secretly think women should be seen and not heard unless a man has given permission.

Isn’t it odd that Nazanin isn’t simpering with gratitude to have lost six years of her life for going on holiday to a place the Foreign Office had said was safe to visit?

More from Janet Street-Porter For Mailonline…

Six years ago, the charity worker flew to Tehran to show 22-month-old Gabriella to her parents.

Then, on April 3rd, the trip ended in tragedy when she was seized by the Revolutionary Guards at the airport, slung into jail and accused of spying.

Boris Johnson didn’t help her cause when (as Foreign Secretary in 2017) he told the House of Commons she was in the country ‘training journalists’- his sloppy grasp of the facts a trait we have seen time and time again – and allowed the Iranian government to invent a story that Nazanin was training young people to write propaganda attacking their regime.

A handy falsehood which obscuring the real reason for her captivity, which is that they were determined the £400 million debt would be paid.

This innocent mother – guilty of no crime – had little chance of release unless the money was paid.

Put yourself in her shoes. Not knowing from one week to the next when the ordeal would end.

Her husband led an emotional campaign for her release back in the UK, pleading on television, in newspapers, to anyone who will listen. And still the UK government did nothing. Finally, he went on hunger strikes outside parliament. 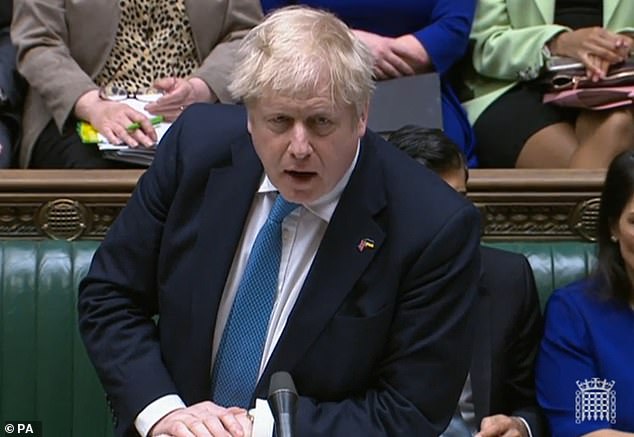 Meanwhile, their daughter returned home to the UK. Nazanin went on hunger strike twice because she was denied medical help. She suffers panic attacks.

Summoned into a courtroom and given a five-year sentence for spying. Then another year was added, on charges of spreading propaganda.

As for negotiating any improvement in her conditions, any promises from her captors were designed to unnerve and destabilise her. To keep her cowed and compliant. Without her only child, being a mum must have been so hard.

For six years Nazanin has not been a person in her captors’ eyes, not a mother, not a wife.

She was simply a chattel which must be kept alive as a bargaining chip – like a precious vase or piece of jewellery – something to haggle with to get a debt paid, the paltry sum of £400 million which the UK has owed Iran since the 1970s, for tanks which were ordered but never delivered.

Yes – a sum which is relatively inconsequential to our Treasury, considering the amounts spent on royal tours, redecorating Whitehall, bringing back stray dogs from Afghanistan or giving MPs a recent pay rise.

Politicians and medics have spent the last two years of Covid banging on about our mental health and the stresses caused by the pandemic. BUT WHAT ABOUT THE HEALTH OF THIS TOTALLY INNOCENT WOMAN WHO IS A BRITISH CITIZEN? 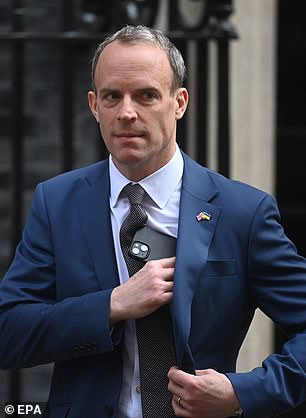 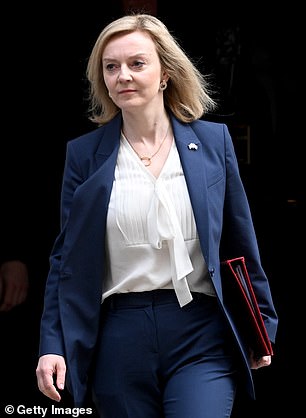 Nazanin’s unrelenting mental and physical deterioration was of no consequence to her captors.

When the debt was eventually paid, probably because the UK finally had the guts to stand up to the US who wanted their hostages included in any deal, she had served her purpose and was handed back.

With unfortunate timing, just as she was preparing to return home, the Prime Minister flew to Saudi Arabia on another mission.

Sadly, he was too late to plead for the human rights of the 81 prisoners summarily executed as ‘traitors’ the weekend before. His mission was more prosaic: to plead with the autocratic leader Mohammed bin Salman to flog us more oil and gas.

Faced with soaring prices and no end to Russia’s brutal war in Ukraine, Boris went shopping. 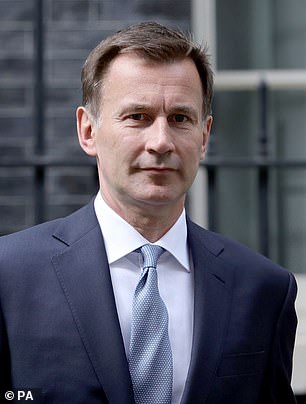 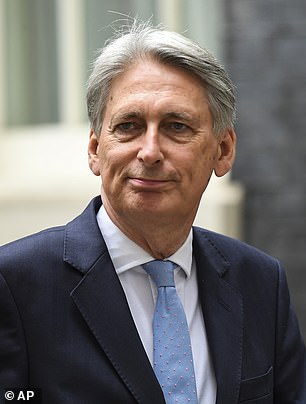 MBS has been regarded by most world leaders as a pariah since the murder of journalist Jamal Khashoggi in in 2018 but, as one government minister put it, ‘we have to deal with people who have regimes we find difficult in emergencies.

The current huge crisis is not about the enforced millions of migrants forced to leave their homes in Ukraine, or the human rights of anyone who upsets the Saudis: it is a lack of gas.

Yes, British politicians claim they care about human rights, but the reality is very different. Boris would not have mentioned the embarrassing issue of executions in any depth, whilst holding out his begging cap.

He left empty-handed after a visit of less than 24 hours. So what was the point, other than to burnish his reputation as a ‘big player’.

For the past six years, one Foreign Secretary after another has failed to extract £400 million from the Treasury to pay off a debt and secure the release of an innocent mother even when Richard Ratcliffe was starving himself and sleeping on the street outside their offices. 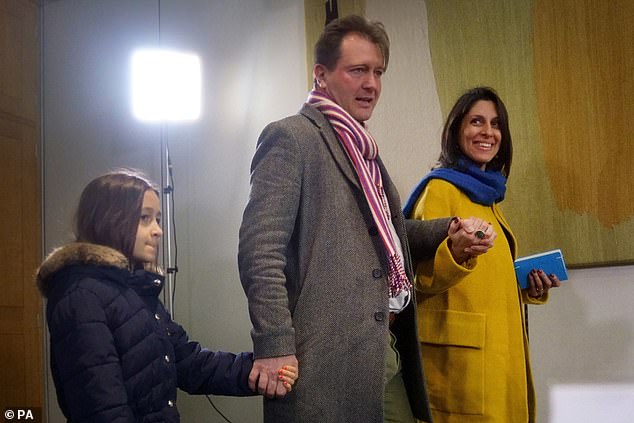 The Ratcliffes with Gabriella as they arrive at a press conference hosted by their local MP, Tulip Siddiq

Given the above, you’d think Nazanin Zaghari-Ratcliffe would have suffered enough when she was finally allowed to board a plane to return to her family in the UK.

That’s not how these things work. She must be paraded at a press conference, along with her husband and child.

And then we expect her to thank us?

No doubt there will be an inquiry into why the debt was not paid.

It will be a waste of time and money.

The truth is that five Foreign Secretaries in six years shows our leaders don’t think the job is worth a top talent.

They’d rather suck up to the Saudis for another gallon.

Intervene to help a plane load of stray dogs return to the UK from Kabul.

While Nazanin sat and waited. And waited.