Janice Dickinson has spoken out against Bill Cosby – saying her dream is to watch the disgraced comedian ‘walk out of the courtroom in handcuffs’.

Dickinson, a former model and talent agent, became one of Cosby’s main accusers after claiming the TV star raped her in the 1980s.

Speaking about the star’s imminent conviction – 63-year-old Dickinson said she was ‘elated’ and said she believed he is ‘pretending to be blind’ for the court.

‘I will be at the conviction,’ Dickinson told Good Morning Britain.

‘My dream is to watch him walk out of that courtroom in handcuffs and serve the rest of his life behind bars and not to use excuses from his defence attorneys that he’s too old and too blind.’

Appearing on Good Morning Britain, Dickinson said she had been forced into silence for fear of ruining her career 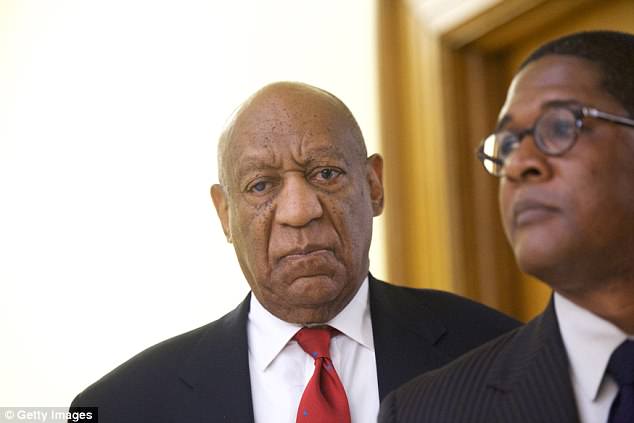 Dickinson alleged Cosby, now 80, drugged and raped her at a house in Lake Tahoe, Nevada in 1982.

He was found guilty last Thursday by a jury in Norristown, Pennsylvania, of drugging and sexually assaulting onetime friend Andrea Constand in 2004 and now faces up to 10 years in prison for each of three counts of aggravated indecent assault.

Constand is one of about 60 women who have accused Cosby of assaulting them, often using drugs to incapacitate them.

According to former America’s Next Top Model judge Dickinson, she only chose to speak out against him recently because of fears the scandal could have ruined her modelling career.

‘I didn’t want to speak out. When it happened to me I was on the top of my game working for Vogue, Cosmopolitan, Coca Cola,’ Dickinson added.

‘It was something my clients at the time would not have appreciated – having their lead model linked with a rape case.

‘I was scared it would have been taken away from me by a very powerful man, America’s dad.

‘He could use his influence in robbing me of the work I had left and more work to come.’ 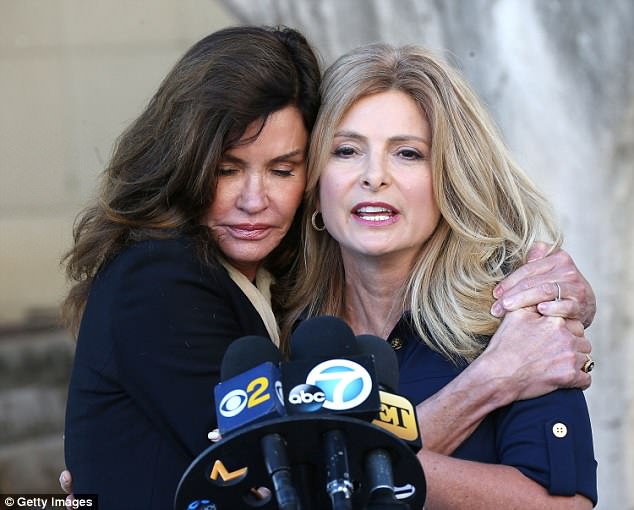 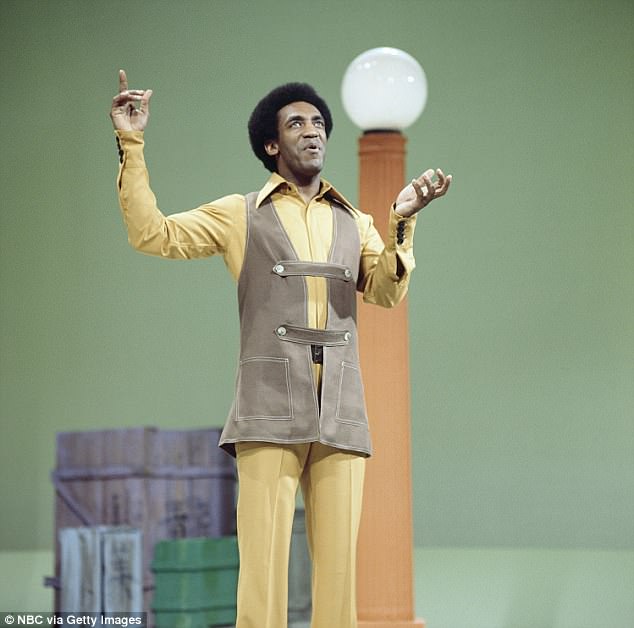 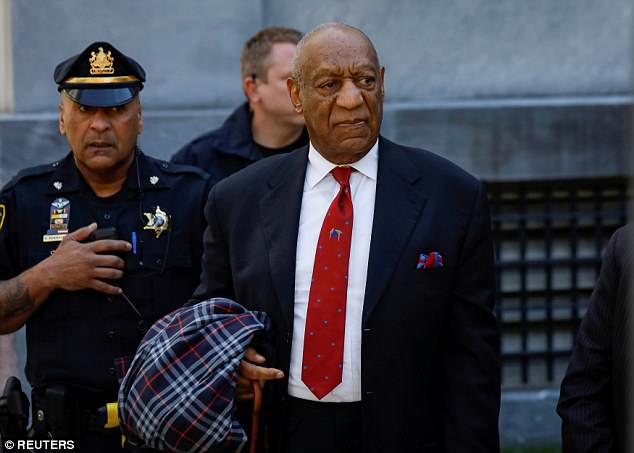 Cosby leaving the courthouse in Norristown, Pennsylvania after a jury convicted him of sexual assault

In a scything attack on the Cosby show host – Dickinson said she believed he was not really blind.

She said he had been feigning difficulties with his vision for the benefit of the jury and claimed he walked out of court without the use of his cane.

‘The experience for me was disgust, when I looked over and saw Cosby sitting there pretending not to be able to see,’ she added.

‘He called him an a-hole. I feel despicable in the court of law, that’s the only thing he said during the entire process.’

‘I tell my truth and thank god I was able to open up my truth for the rest of the brave, courageous women who have come forward since.’

At least 10 women have pending civil claims against Cosby in lawsuits filed in California and Massachusetts, carrying potentially hundreds of thousands or even millions of dollars in damages for him.

Two women have brought sexual assault claims against Cosby. Others, barred from doing so because too much time has passed, have filed defamation lawsuits, saying he smeared their reputations by publicly denying their accusations.

He has denied all the allegations brought against him.