A record crowd paid their respects to Japan’s 84-year-old Emperor Akihito at Tokyo’s Imperial Palace on Saturday, in his first birthday celebration since the date of his abdication was set.

The emperor’s birthday is traditionally marked by a national holiday and an address at the Imperial Palace, which opens to the public on the day.

Well-wishers waved small Japanese flags and held up smartphones as Emperor Akihito, whose position is ceremonial with no political power, addressed them from a balcony, flanked by his wife and other members of the imperial family. 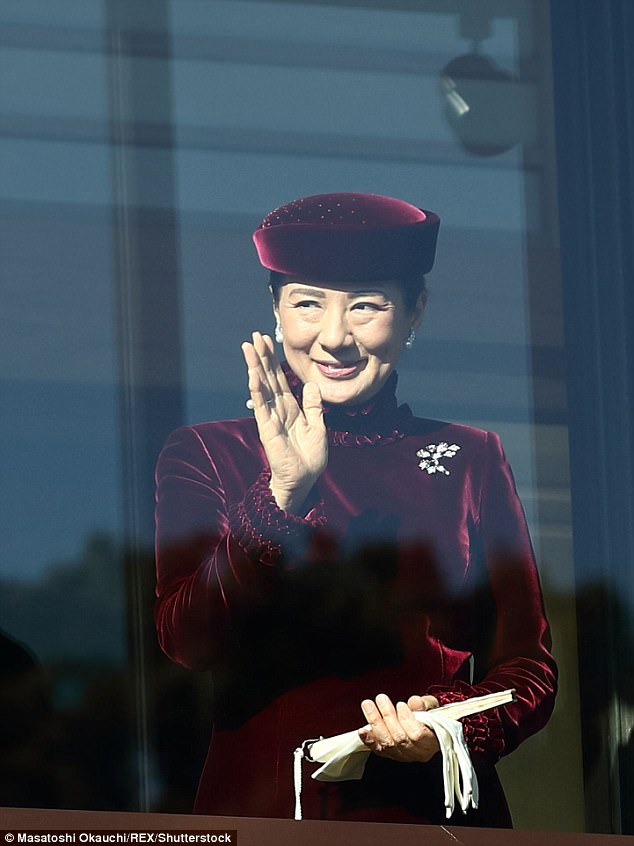 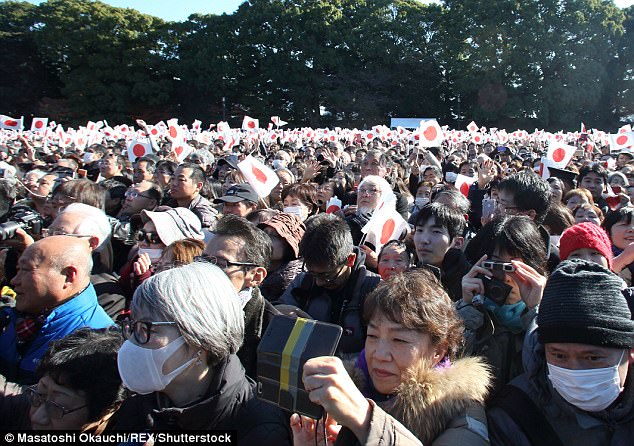 The morning crowd of 45,900, was the largest birthday attendance during Akihito’s 29-year reign 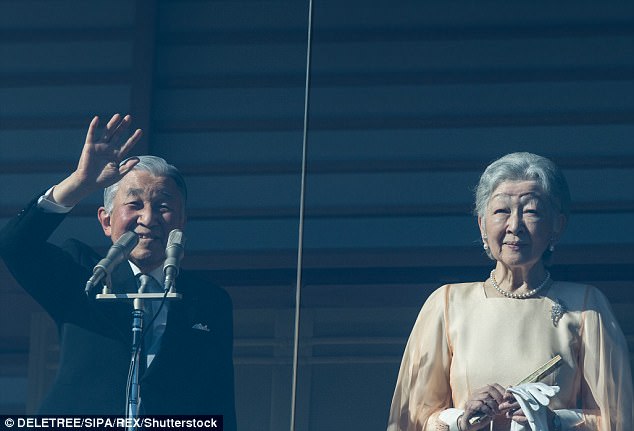 In his speech, the Emperor said his thoughts were with those facing cold and typhoons 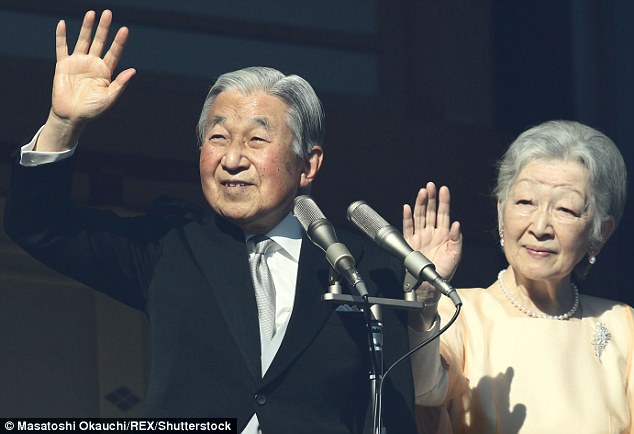 The morning crowd of 45,900, according to the Imperial Household Agency, was the largest birthday attendance during Akihito’s symbolic 29-year reign, known as the ‘Heisei’ era, which means ‘achieving peace’ in Japanese.

‘On this day as we face the cold, my thoughts go out to those who suffered from typhoons and heavy rains, as well as the victims of the Great East Japan Earthquake who continue to lead difficult lives,’ he said, referring to the 2011 earthquake and tsunami that killed and displaced tens of thousands on the country’s eastern seaboard.

Along with Empress Michiko, Akihito has spent much of his reign addressing the legacy of World War Two, which was fought in the name of his father, Hirohito, and consoling victims of disasters such as the 2011 earthquake. 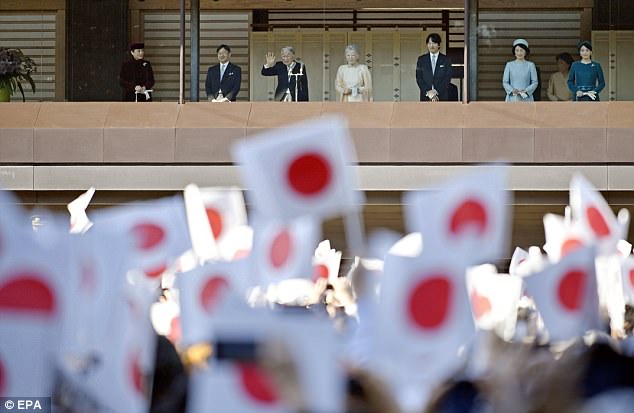 His reign is known as the ‘Heisei’ era, which means ‘achieving peace’ in Japanese and he has spent much of his reign addressing the legacy of World War II 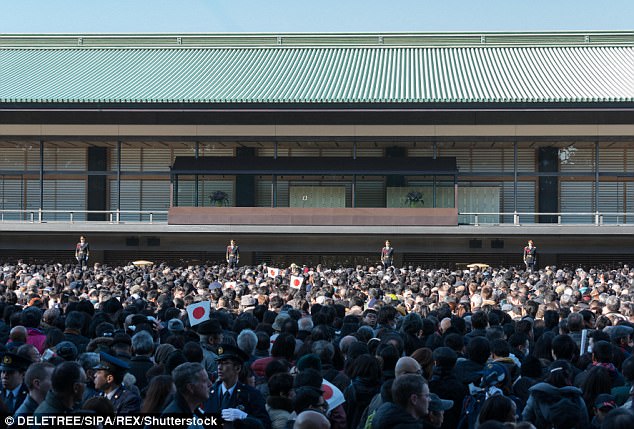 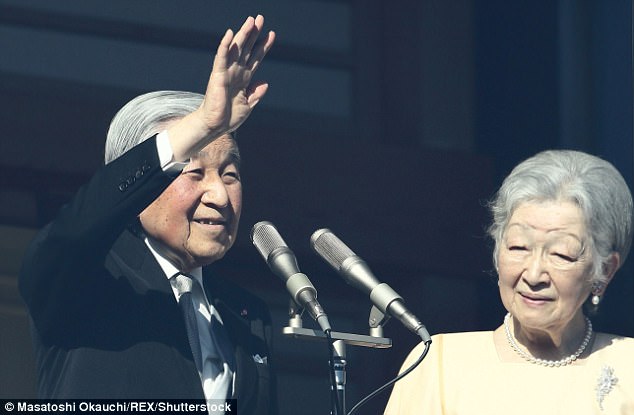 The Emperor has had heart surgery and also for prostate cancer and said in the last year, he feared he would struggle to fulfill his royal duties

Earlier this month, a 10-member Imperial Household Council agreed that Akihito would step down on April 30, 2019, before passing the Chrysanthemum Throne to his eldest son, Crown Prince Naruhito.

In comments made to media, Akihito said he would use the remaining days of his reign to carry out his duties and prepare to ‘pass the torch to the next era.’

Akihito has had heart surgery and treatment for prostate cancer and said last year that he feared he would struggle to fulfil his royal duties due to his age.

Japan passed a law this year allowing him to step down in a one-off provision as existing law did not provide for abdication.

The last time a Japanese emperor abdicated was in 1817.

Throughout his reign, Akihito has consistently urged the Japanese never to forget the horrors of war.

His conciliatory remarks contrast with gestures made by Prime Minister Shinzo Abe, who has adopted a less apologetic tone over Japan’s past military aggression.