On December 4th, the Japanese cosmetics company Kao Corporation will begin selling a futuristic new beauty product that will give customers a literal second skin.

Called ‘est,’ the product will be available as a liquid spray that forms into an artificial skin when it makes contact with human skin.

In December, Kao Corporation will launch a new line of artificial skin products in Japan that can be used to cover scars and moles and help keep skin moisturized

The artificial skin is a thin layer of small liquid fibers that adhere into a thin membrane of around one thousandth of a millimeter.

The fibers form a thinner bond at the edges of the area they’re sprayed on, which helps the membrane blend in with a person’s natural skin.

The fiber bonds retain a degree of skin-like elasticity that allows them to stretch across a wide range of shapes and spaces.

They’re loose enough to allow water vapor to pass through, which Kao says will help keep the skin beneath the skin moist.

The product will initially be limited to Japan, where it will be available as a diffuser and ‘potion’ combination, which together will retail for around $532, or 58,000 yen, according to a report in the Asahi Shimbun.

Refills for the diffuser will be available for around $73 or 8,000 yen. 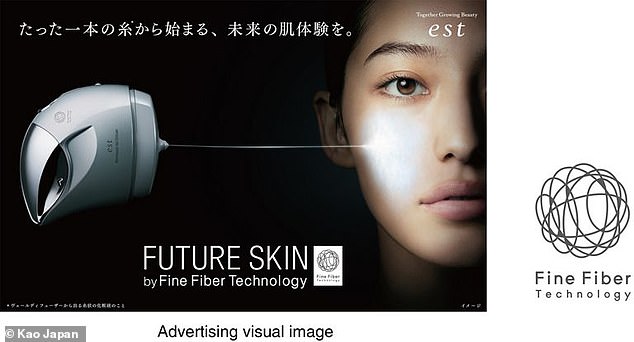 Kao will expand the product line, called ‘est’ to countries outside Japan in early  2020 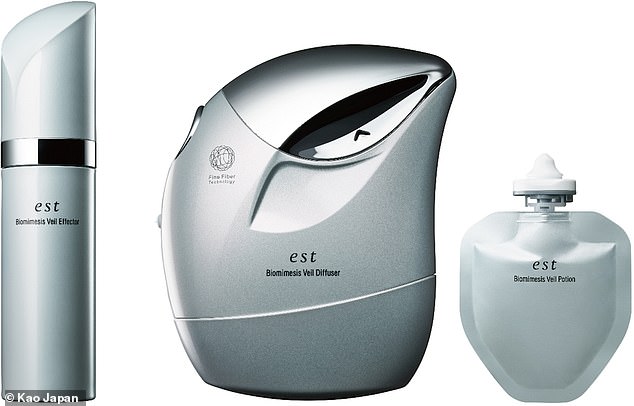 While the initial release will be limited to Japan, Kao says it will make ‘est’ products available for order online in January 2020. 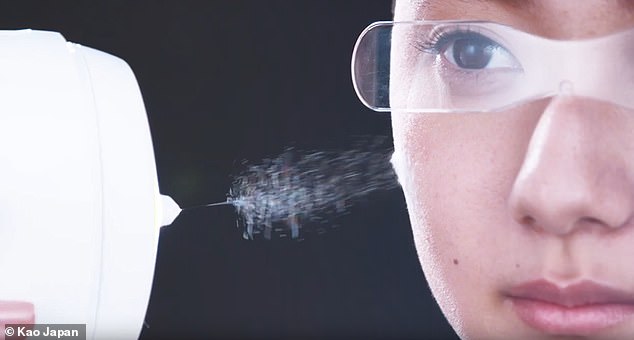 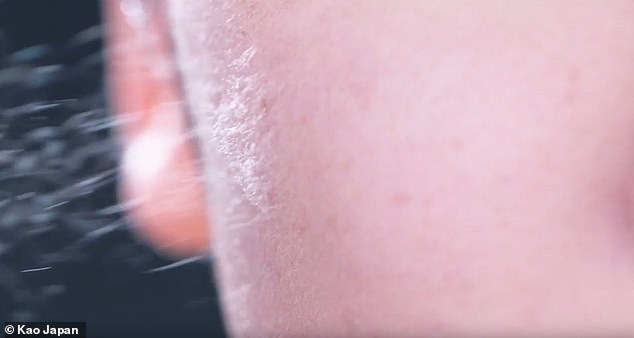 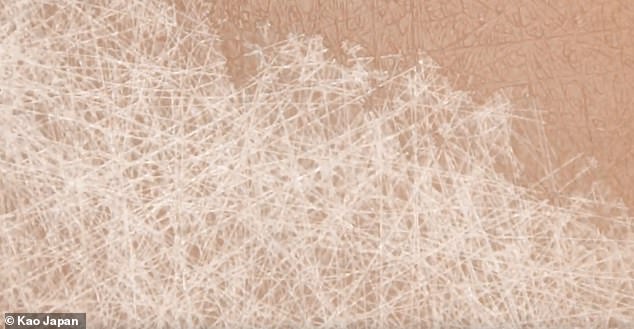 ‘est’ products will also be available at retail locations in other countries in early 2020, including Taiwan, Singapore, China, and South Korea.

WHAT IS FINE FIBER TECHNOLOGY?

The technology allows small fiber cells to be suspended in liquid.

When the liquid containing the fine fibers is sprayed onto human skin, the fibers are activated to begin forming a flexible microscopic mesh that’s similar to skin.

The thin layer of fibers is less than a thousandth of a millimeter thick.

Kao is hopeful the technology used in ‘est’ products could be expanded to the medical fields, bringing in even more revenue.

‘I expect sales might top 100billion yen [$918million] if the technology is expanded into medical markets,’ Kao President Michitaka Sawada said in a news conference announcing the new product.

In the past, spray-on skin products have been used for a variety of therapeutic purposes.

In the US, a company called RenovaCare sells a SkinGun, which applies a gentle mist of liquid infused with human stem cells to help burn victims repair damaged skin.

Another company, ReCell, markets a similar spray product that not only helps burn victims but can be used to hasten the healing process for lesions, open sores, and even simple surgical incisions.