By Charlie Faulkner For Mailonline

In what can only be described as a fantastically-timed coincidence, a Google Maps Street View car has managed to capture the moment a cyclist took an embarrassing tumble into a road-side ditch.

The sequence of photos taken in Fujieda, the town in Shizuoka Prefecture, show the woman turning into the road as the Street View car makes its way towards her.

The vehicle seems to take her by surprise and by the time it has driven passed she is off her bike and in the ditch.

And, as if to add insult to injury, the car appears to get a final snap before speeding off in the direction it was already heading, leaving her to pick herself up. 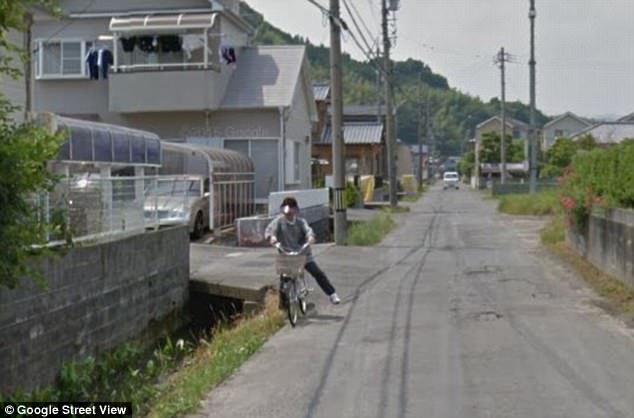 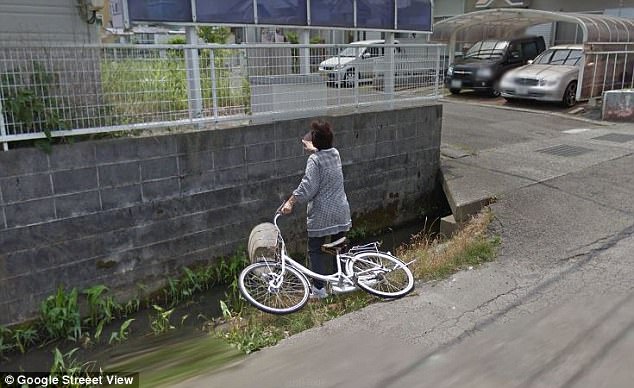 The woman is pictured after she had lost control of the bike and ended up falling into the ditch, despite the car moving over to the right to give her a bit more space 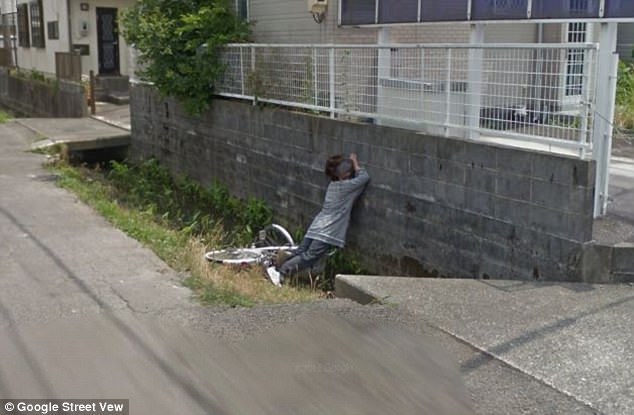 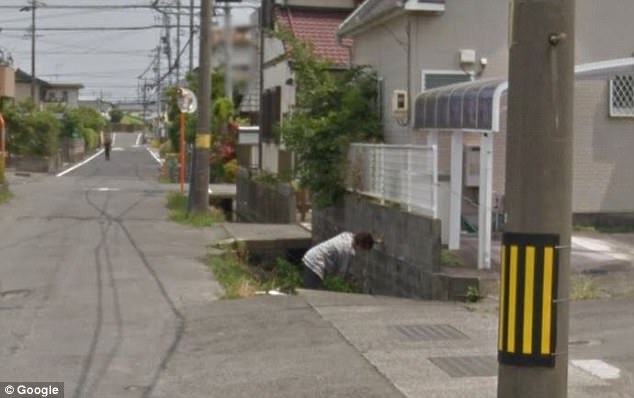 In the final image she appears to be attempting to pick up her bike and continue her journey, likely with muddy feet after landing in the road drain