A Japanese bank executive who made an air hostess bow and apologise to him during a ‘sinister’ four-day rape ordeal has been jailed for 11 years.

Takehiko Ogihara, 40, told the woman to ask him if he wanted ‘sex before bedtime’ in a humiliating list of daily chores she had to complete.

Ogihara, an executive director at Nomura International, made the woman say sorry as he raped her during the ordeal at his flat in Marylebone, central London.

Judge Michael Simon said: ‘You sought to isolate her from her close friends and even told her that she would have to give up her job, so she would have time to complete her household chores.

‘Out of a heightened sense of honour or some other individual characteristic, your view of what she told you about her previous relationships became a source of anger for you.

‘This manifested itself on the 4 September 2013 when you were at a restaurant.

‘Something she said made you angry and you accused her of not caring enough about you and that she must apologise.

‘Text messages showed that you returned to the flat, you ordered her to sit in the ‘Caesar’ style and write a report to describe how sorry she was.

‘Shortly thereafter the text messages go chillingly quiet. You subjected to her to an ordeal that was degrading, terrifying and sinister.

‘The attack that you foisted upon the victim has had long term psychological effects.’

He drew up a list of chores including waking him up in the morning, bringing him breakfast and lunch and giving him ‘sexual gratification’.

The victim had to say sacred oaths twice a day before asking if he needed sex before bedtime.

Ogihara also demanded that the woman stay awake after he went to sleep.

When she told him she needed the toilet he made her urinate in front of him.

He stood over the woman kicking, slapping and pulling his victim by the hair at his plush apartment between September 13 and 16, 2013.

The banker also ordered the woman to undress before he sexually assaulted her. 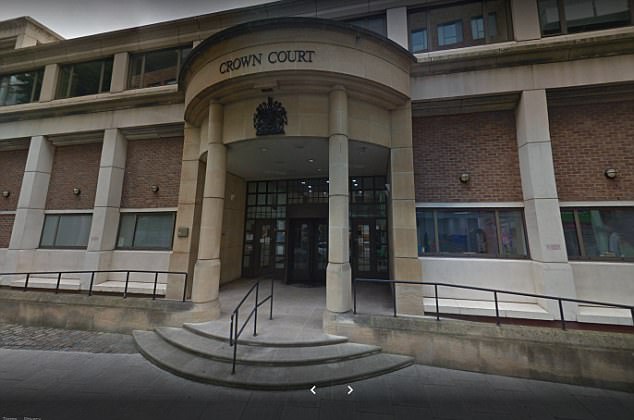 Ogihara told police he could not remember if he had sex with the woman and claimed the list of humiliating chores was fictitious.

Charlotte Newell, prosecuting, told the court at the sentencing that the victim did not wish to provide a witness impact statement.

She said: ‘She does not wish to cede any more of her dignity to Mr Ogihara by outlining what happened to her.’

Nomura, the largest retail financial holding company in Japan, set up a base in London in 2009 after purchasing Lehman Brothers’ Asian and European operations the year before.

Ogihara, of Richmond, denied but was convicted of two counts of rape, two of sexual assault and one of assault occasioning actual bodily harm.

He was jailed for 11 years and a restraining order was imposed, preventing him from contacting the victim and he will be on the sex offenders register for life.