Brian and Bobbie Houston exchanged deeply personal messages with the Sydney-born NRL and NFL player for several years on social media after he found God at their Pentecostal megachurch in 2008.

Brian signed off tweets to Hayne with ‘luv ya’, his wife Bobbie offered to serve the athlete home-made vegetable soup when he was feeling low, and both spoke about how they were praying for Hayne, now 33, to fulfill his dreams.

But the pair have said nothing publicly since the footballer was convicted of raping a young woman in Newcastle and then jailed for up to five years and nine months by a New South Wales judge last week.

Things were very different a decade ago.

Hillsong’s top pastor Brian Houston went out of his way to have a drink with Jarryd Hayne when the athlete was pursuing his American football dream. Above, during a trip to California 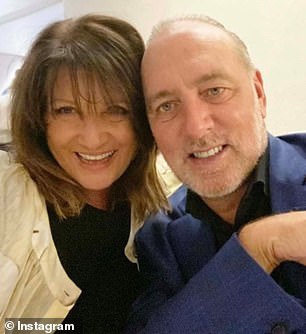 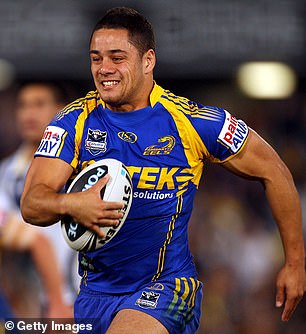 Brian Houston and wife Bobbie founded the church that would become Hillsong in Sydney’s Hills District in 1983. Hayne, on right playing for the Parramatta Eels, joined the church in 2008 and struck up a friendship with the Christian power couple 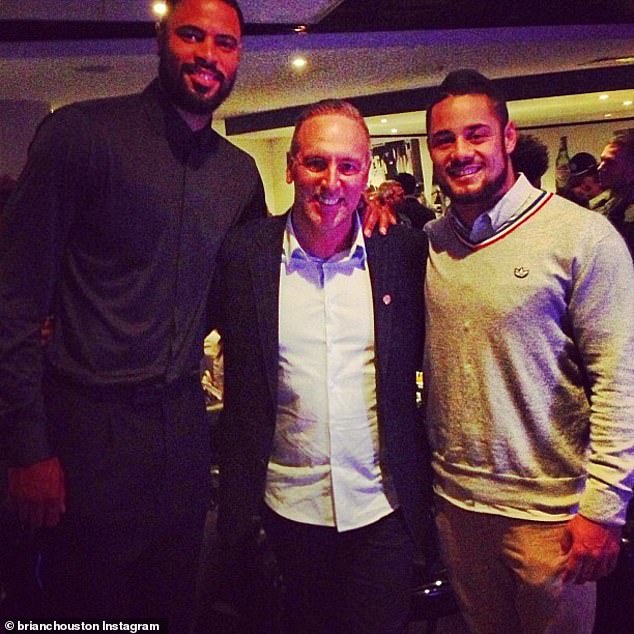 Houston with Hayne and NBA star Tyson Chandler at the Hillsong conference in 2013. The pastor captioned this picture: ‘Two guys at the top of their game!’

When Hayne – then celebrated as the ‘Hayne Plane’ for his incredible talents – complained of dental work and an injured leg in December 2010, Bobbie wrote to him: ‘Ouch … Got home made vege soup here if it helps.’

Her husband, Hillsong’s global senior pastor, cheered Hayne’s incredible performance at the Parramatta Eels, where Hayne found fame. He followed Hayne’s sporting success closely enough that he would fume on Twitter when the athlete’s San Francisco 49ers coach wouldn’t give him a go.

‘Gee I wish (Jim) Tomsula would give @jarrydhayne_1 some opportunities … This is starting to get irritating.’

In one of many messages, Brian and Bobbie told Hayne: ‘We’ve got you covered mate’.

The appreciation was mutual.  Hayne called Brian Houston ‘pastor B’ and hailed him as the ‘best preacher in the world’.

The footballer made appearances at the church’s conferences and Christmas celebrations and shared quotes from both Brian’s sermons and his book, Live, Love Lead. 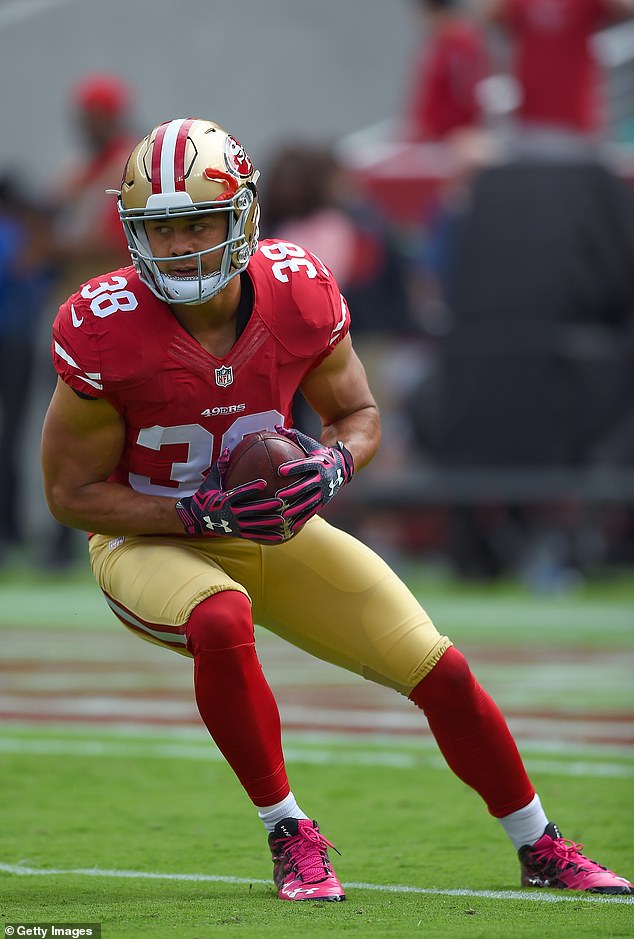 Brian Houston closely followed Hayne’s sporting career when he signed up with the San Francisco 49ers in the NFL. Above, Hayne warms up at a match in California in 2015

Supportive messages: Bobbie Houston offers Hayne ‘home made vege soup’ after he complained about a leg injury and dental work in December 2010

Brian Houston sometimes signed off his tweets to Hayne with ‘luv ya’, above

Hayne’s support for the church followed him from Australia to the United States.

In a Q&A for his NFL team, Hayne singled out a Hillsong New York City preacher as one of his favourites. 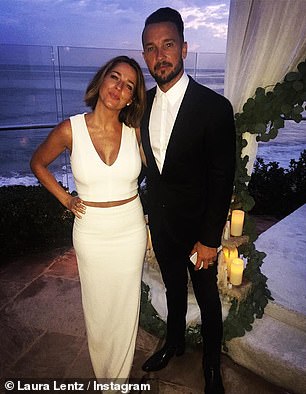 Hayne singled out then-Hillsong NYC preacher Carl Lentz (above with wife Laura) as one of his favourites in 2016. Lentz was ousted from the church last year after admitting cheating on his wife

‘I’ve got a number of favorite preachers. But definitely one that I like is Carl Lentz,’ Hayne said in 2016.

‘Just check him out on YouTube. He can definitely get the message across really well.’

Lentz was famously booted from Hillsong in 2020. Houston cited ‘leadership issues and breaches of trust, plus a recent revelation of moral failures.’

Lentz had admitted he had cheated on his wife and, in audio obtained by DailyMail.com last December, Houston claimed Lentz had multiple affairs.

Five years ago, Hayne spoke about why he chose Hillsong. It made him feel like a normal ‘son of God’, he said.

‘When I first started coming to Hillsong I wasn’t glorified as an athlete. You know, you are there as a son of God.

‘That for me helped so much.

‘Church for me was one of those things on a Sunday, I could just come and be me.’

Hayne’s public exchanges with the Houstons dried up in 2016, although Mr Houston sent his good wishes to Hayne upon his engagement last year to his now-wife Amellia Bonnici.

It is unclear whether Hayne has been involved in Hillsong more recently.

While awaiting trial on his rape charges, Hayne attended a Bible college in Perth with no connection to Hillsong, Youth With A Mission.

A NSW District Court jury later found Hayne guilty of two counts of aggravated sexual assault with a 28-year-old woman from near Newcastle.

During Hayne’s sentencing, the footballer’s close friend and fellow Hillsong attendee Tim Mannah said his mate had found God through the church.

Hillsong was founded in Sydney’s Hills District in 1983 by Brian and Bobbie Houston and now boasts 150,000 members in 23 countries.

A source close to the church said Hayne ‘hadn’t attended Hillsong as far as I am aware for quite some time.’

A Hillsong spokesman said Brian Houston was in the United States and unavailable to comment for this story.

It is not suggested that Brian or Bobbie Houston were anything but appalled by the crime Hayne was convicted of. Hayne continues to protest his innocence and will appeal – but for now, will have to bear his soul to the Parklea prison chaplain.