Jay-Jay Harvey reveals she was assaulted by taxi driver

A New Zealand breakfast host has recounted how she was allegedly sexually assaulted by a taxi driver who tried to touch her breasts and follow her home.

Jay-Jay Harvey took to social media on Sunday to share the shocking story, writing that the ‘uncomfortable experience’ happened after her night out in Ponsonby, Auckland.

She said that during the car ride to her apartment, the man had allegedly tried to fondle her inappropriately, forcing her to push his hands away.

‘I tried to get into a cab from a company I knew, but the driver wouldn’t take me because my ride was only three or four kilometres long, so he told me to get into the one behind him,’ she wrote.

‘The driver was very forward with his conversation with me and asked a lot of personal questions… He kept asking me if he could touch my breasts.

‘He was asking if I would be his girlfriend and I was feeling uncomfortable and nervous.’

Ms Harvey added that she felt the need to laugh to ‘make him assume’ she thought he was joking, but said he kept grabbing at her.

After pulling up at her apartment building, she thought that would be the end of it and prepared to pay.

‘He told me he would let me off my $17 fare if I would hook up with him and then he reached over and started fondling my boobs!!’ she wrote. 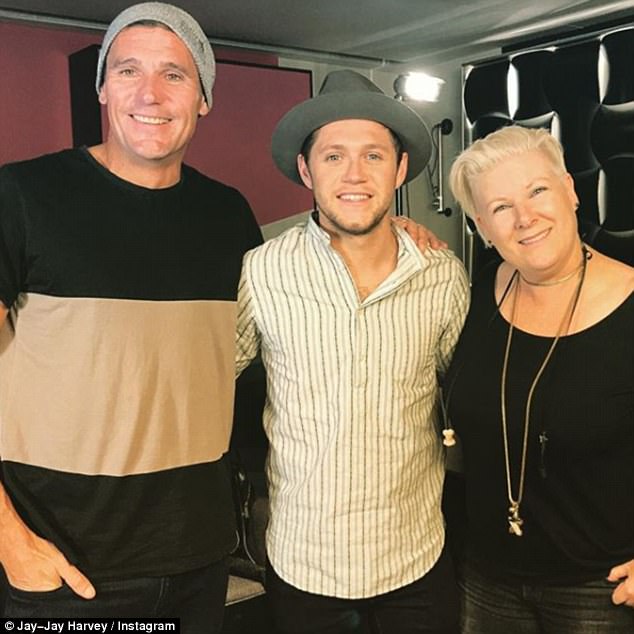 Ms Harvey (pictured right with singer Niall Horan) took to social media on Sunday to share the ‘uncomfortable experience,’ which happened after her night out in Ponsonby, Auckland 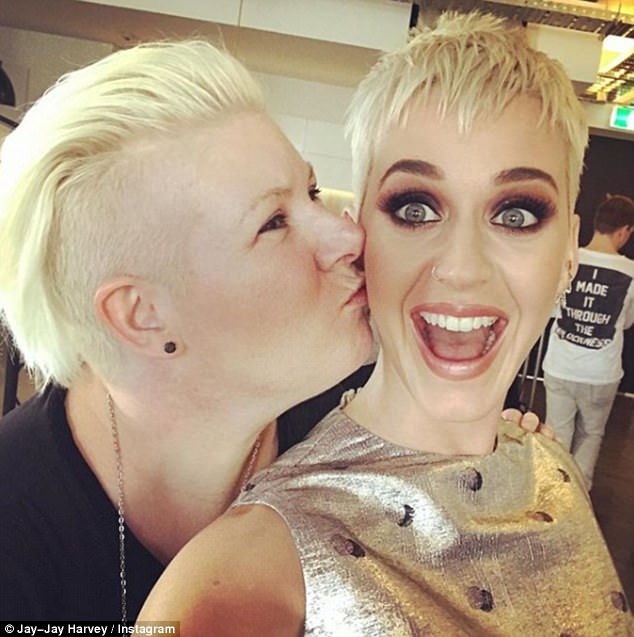 The driver allegedly ‘kept asking me if he could touch my breasts,’ according to the broadcaster (pictured her with Katy Perry)

After pushing him away and settling the fee, the man allegedly then tried to follow Ms Harvey back to her residence.

‘He wasn’t taking no for an answer and got out of the car to follow me across the road to my flat,’ the broadcaster wrote.

After bolting upstairs she watched ‘the creep’ from her window, claiming he stood in the street trying to figure out her flat, before driving off.

She wrote: ‘Did he drive taxis for the purpose of preying on drunk girls? I was legit s****ing myself that he was going to force himself upon me.’ 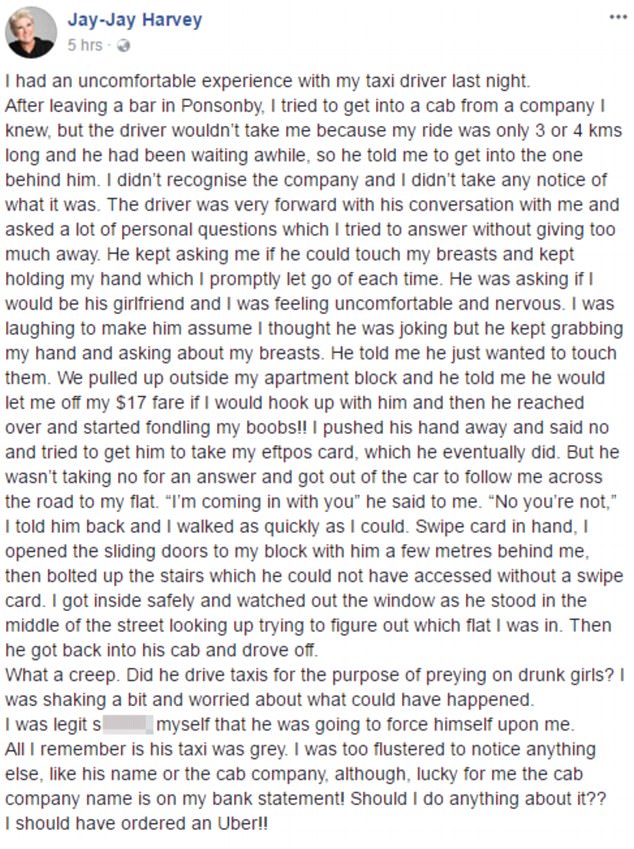 Taking to social media (pictured) Ms Harvey wrote: ‘He told me he would let me off my $17 fare if I would hook up with him and then he reached over and started fondling my boobs!!’ 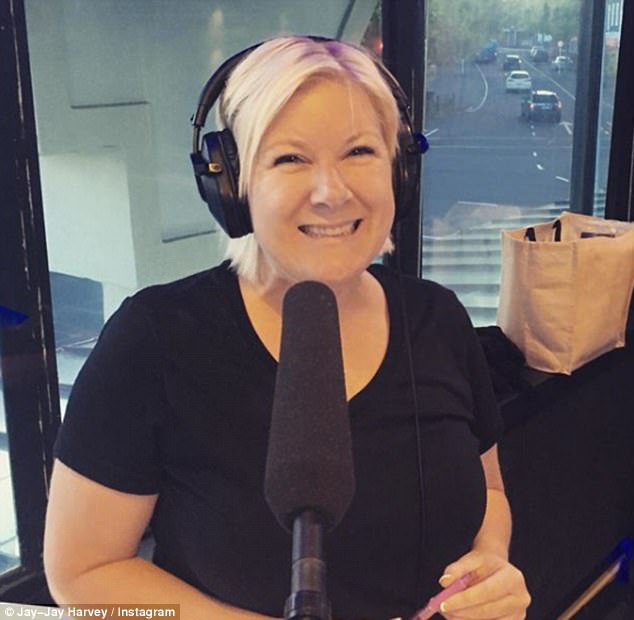 The man even allegedly tried to follow her up to her apartment, with the radio host telling Stuff that she has since been contacted by police to make a statement

The post received an overwhelming response, with thousands commenting on it and imploring her to report the incident.

‘Please do not let this one get away with it, there is no excuse for what he put you through. You will not have been the first and won’t be the last,’ one woman wrote.

While another added: ‘He touched you without your permission! Don’t let him get away with it… because the next girl could end up being raped!!!!’

Ms Harvey later told Stuff that the police had contacted her and she was waiting until she calmed down to make a statement.

‘When one of my best friends called me I burst into tears, so I realised then how much it has affected me,’ she told the publication.