JB Hi-Fi set to launch a massive Black Friday sale – slashing up to 50 per cent off laptops, giant TVs and kitchen appliances

The tech giant will slash up to 50 per cent off its popular products, including a $1,000 discount on a Sony TV and a Samsung Galaxy watch for nearly half price.

With just four weeks until Christmas, the big brands to look out for include Sony, Google, Samsung, Playstation PS4, HiSense, Acer, HP Windows and more.

Among the great deals is the Samsung Galaxy Watch at just $299, which is normally retailed for $549.

There’s a 25 per cent off all HiSense television screens, or if you’re looking to upgrade your current TV, you can get the Sony 75 inch screen for $2,495 after a $1,000 discount. The store will offer free local delivery on any 75 inch or larger TV. 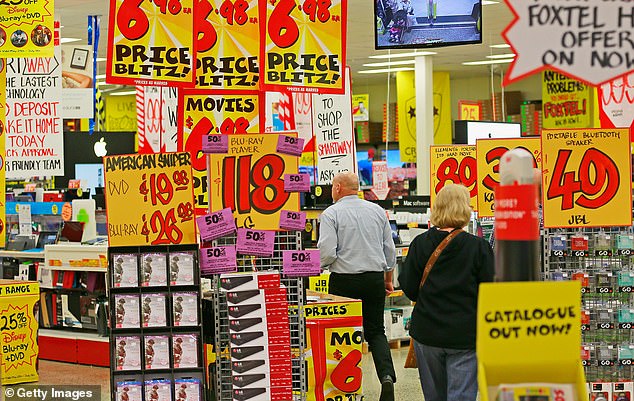 There’s a buy one, get one free deal on the Google Nest Hub for $199 but if you’re after a cheaper alternative, you can get the Amazon Echo Dot for half-price at $39.

If you need more storage spaces, there’s a 4TB Seagate hard drive for $139 or a 8TB Western Digital Elements drive for $249, which is $90 off the regular price.

There’s also a 20 per cent off smart lighting, male grooming products and kitchen appliances such as microwaves.

The mega sale will take place on Friday, November 29 in stores or online.