A jealous former lover who flew into a rage after seeing ‘graphic’ photos his former girlfriend had sent another man and attacked her cousin when he tried to stop him has been sparred jail.

Jamie Beards had a furious row with his ex Linda Chamberlain at her home in southwest London and attacked her cousin David Palmer when he tried to intervene.

Mr Palmer, 34 had been drinking with Ms Chamberlain, 40, at The Temperance pub, where she worked in Chiswick, before they went back to her home on October 21 last year.

Beards, originally from Oxford, was given a sentence of 18 months suspended for two years due to his previous good character. He denied assault with intent to cause grievous bodily harm but was convicted after a two day trial. Beards was also was ordered not to contact Mr Palmer.

Alex Jamieson, defending, told the court that Beards had no previous convictions and had stayed out of trouble since the incident occurred.

A sheaf of glowing character references were handed by the defence to Judge Edward Jenkins.

Judge Jenkins acknowledged that Beards was of previous good character and had stayed out of trouble since the assault.

The judge told him: ‘If an offence occurs you may be sent to prison. I hope you understand that you made an effort to change your life. I hope you build upon it.’ 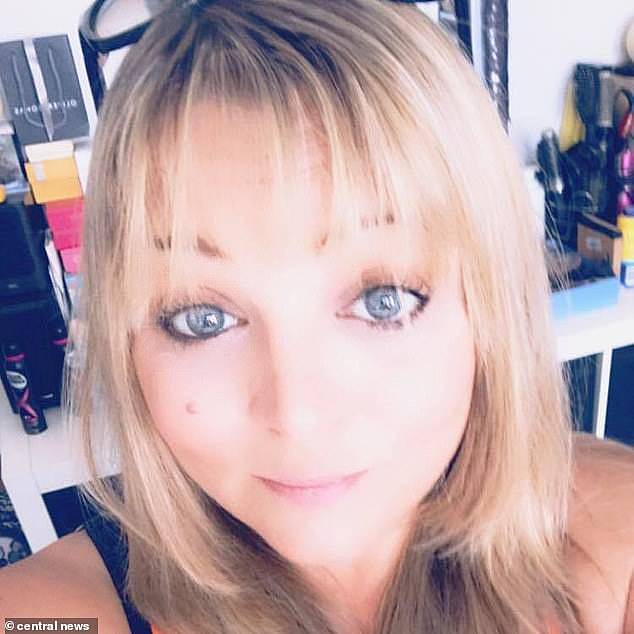 Nicholas Cooper, prosecuting, told the court that Beards and Ms Chamberlain split up on October 9 and had not seen each other since.

‘Ms Chamberlain and Mr Palmer left the pub in Chiswick and headed to her home after midnight.

‘After some time they heard banging on the front door and it was the defendant, Jamie Beards.’ 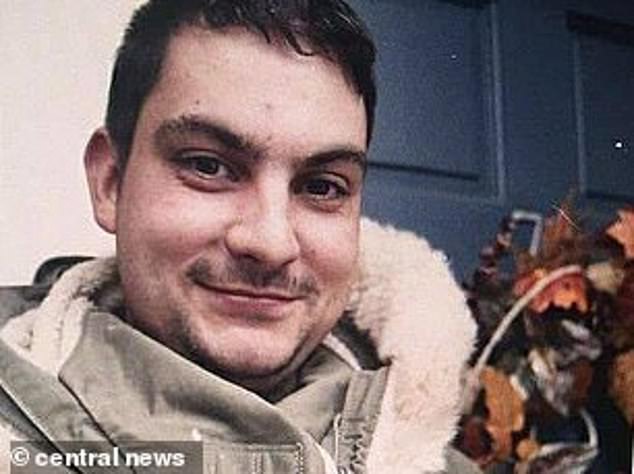 Mr Palmer told the court that Beards and Ms Chamberlain had broken up after she ‘cheated’ on him. He explained that Beards had been very drunk and very angry.

‘He was calling her a slut and a whore. He was having a go at her and trying to go into the details of what she had done.

‘He had found the conversations, pictures and things, quite graphic. He was not quite right in the head because he was angry about nine years of a relationship.’ 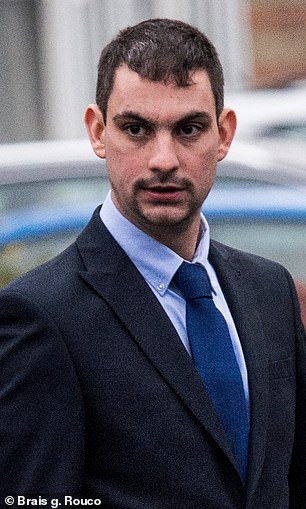 Mr Palmer told the court that Beards left for a few minutes then came back.

‘He stumbled in and lay on the floor. I went down, had a look at him, where he was, and then went back to the front room and sat down.’

He told the court that Mr Beards was drunk and he started arguing with Ms Chamberlain. 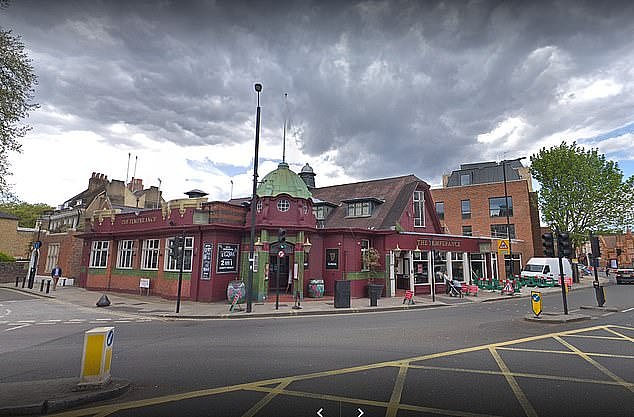 The Temperance pub in Chiswick where Linda Chamberlain had worked

Mr Palmer said he tried to stay out of it but when he did step in he was ‘pushed in the face’ by Beards. It was then that the argument then spilled outside and Mr Palmer tried to put himself between the pair.

He said Beards tried to push past him, then punched him repeatedly in the side of the face. They ended up on the ground with Chamberlain trying to break them up.

Police arrived soon after and both men were arrested but Mr Palmer was left needing surgery for his damaged eye socket.