Jane Kirkpatrick, 29, knifed her terrified lover in the legs with a kitchen blade in Carlisle

A jealous lover who ‘ferociously’ stabbed her partner after suspecting her of cheating has been jailed for nine years.

Jane Kirkpatrick, 29, knifed her lesbian lover Danielle Nicholson in the legs with a kitchen blade in Carlisle, Cumbria.

Miss Nicholson was found ‘soaked in blood’ on their bed when police arrived at their house with seven stab wounds.

Judge Peter Hughes QC told her: ‘This was a sustained and ferocious attack on a defenceless victim.’

Carlisle Crown Court heard the exact trigger for Kirkpatrick’s attack was ‘shrouded in mystery’ – but she was likely angered by the alleged infidelity.

But neither Miss Nicholson – nor another female who was in her house at the time – co-operated with police.

Detectives therefore had to piece together other evidence. They later arrested Kirkpatrick, who was ‘scientifically linked’ to a knife left at the victim’s home. 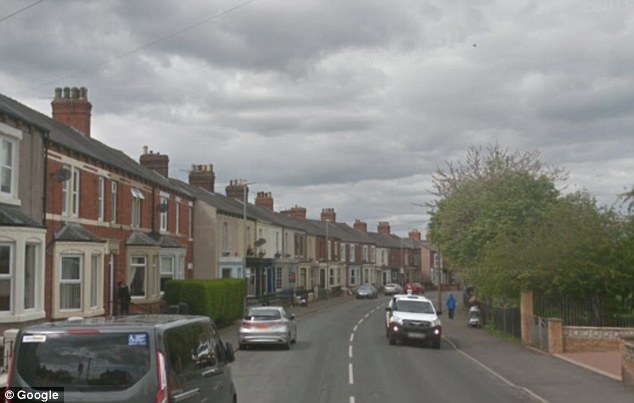 Kirkpatrick stabbed Danielle Nicholson at a house on this road in Carlisle, Cumbria

She had previously served a lengthy jail term for a separate wounding with intent crime. Yesterday, the judge also imposed a four-year extended licence period.

Speaking later, Detective Constable James Aiston said: ‘This was a premeditated and vicious attack on her ex-partner. Kirkpatrick’s assault was motivated by jealousy.

‘The victim was fortunate that she only required stitches as this could have resulted in life-changing or life-threatening injuries.

‘This does not dilute the seriousness of her offending. I am pleased that Kirkpatrick has been taken out of society.

‘Her actions will not be tolerated and we will continue to protect members of the public by bringing dangerous offenders, like Kirkpatrick, to justice.’

In 2011, Chelsea Watterson, 18, tried to get sent to prison so she could spend Christmas in jail with Kirkpatrick – then her just jailed lesbian lover. 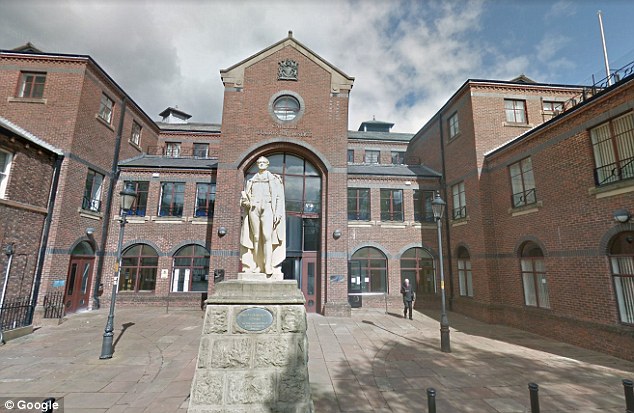 Kirkpatrick, then 23, had just been led away to begin a four-and-a-half year sentence at Carlisle Crown Court when Watterson attempted to join her.

She refused to accept a non-custodial sentence imposed on her, telling her lawyers she wanted to go to prison with her girlfriend.

‘There is some romantic notion that if she is given a custodial sentence too it will suit their partnership,’ her barrister Farrhat Arshad told the judge.

But Judge Paul Batty QC refused to jail her just so she could go to prison to ‘continue her romantic liaison’.

Kirkpatrick had been jailed for deliberately ramming a broken bottle into the face of another woman and admitted wounding her with intent.