The 49-year-old former news anchor, who has a penchant for wearing revealing mini-dresses, was sporting a far more demure look when she stepped out of the building with the Amazon CEO’s assistant and a bodyguard on Wednesday.

While running errands in the Big Apple, Sanchez donned a navy blue blouse tucked into white high-waisted trousers and a pair of pumps that perfectly matched her top.

New look: Lauren Sanchez wore a navy blue blouse tucked into white trousers and and a pair of navy heels while leaving an apartment building in New York City on Wednesday 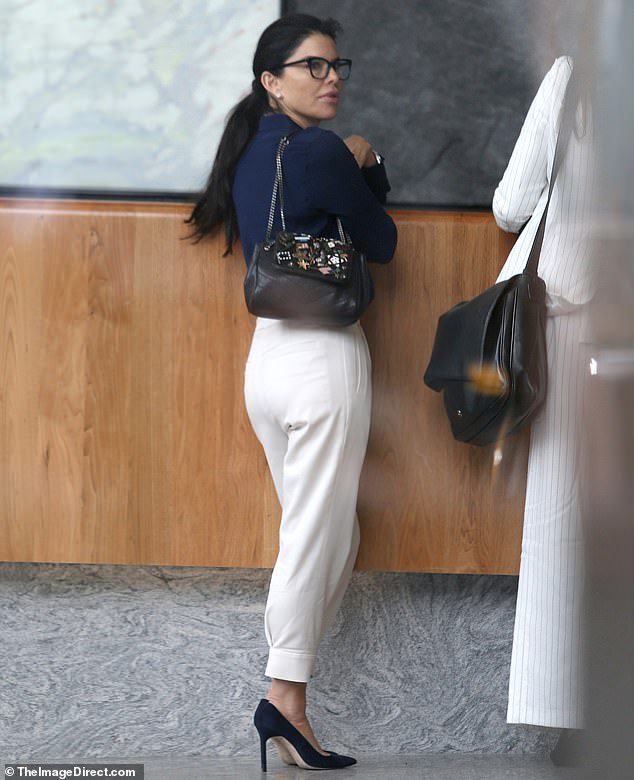 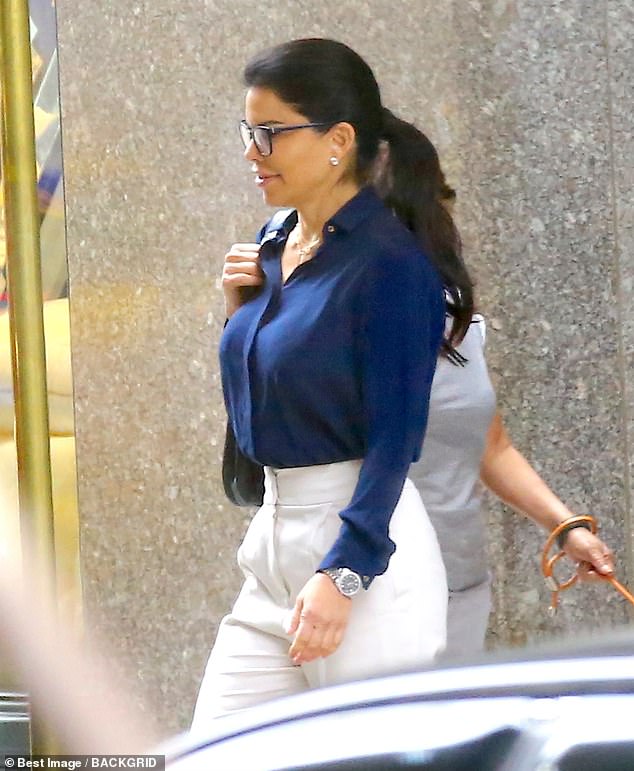 The look: Sanchez had her long dark hair pulled up in a tidy ponytail for the outing

She accessorized the look with a pair of black-framed glasses and a $3,950 Saint Laurent Nolita shoulder bag with pins.

As for jewelry, she wore a gold chain around her neck, a large silver watch, and what looked like large diamond studs in her ears.

Sanchez’s long dark hair, which she tends to wear down around her shoulders in loose curls, was pulled up into a tidy ponytail for the outing.

She was seen standing inside the building’s lobby before she strutted outside while holding her designer handbag over her shoulder. 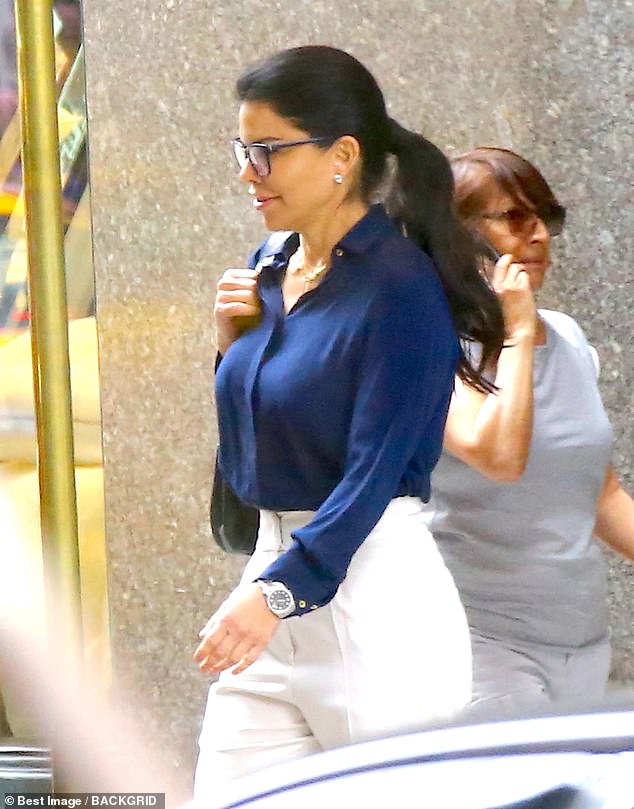 Jewelry: Sanchez sported what appeared to be large diamond studs in her ears and an oversize watch 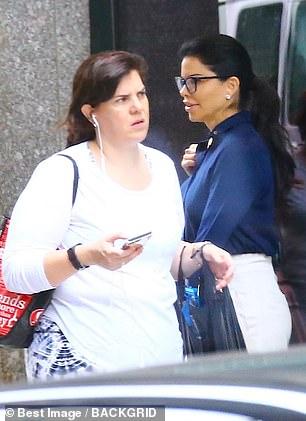 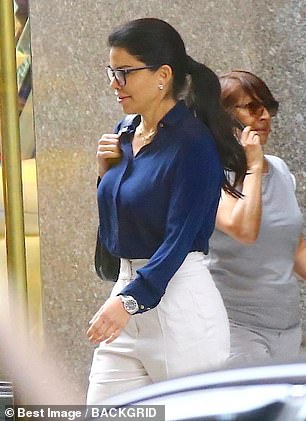 Strictly business: She clutched her purse on her shoulder as she left the building where her boyfriend Jeff Bezos reportedly bought three apartments for $80 million 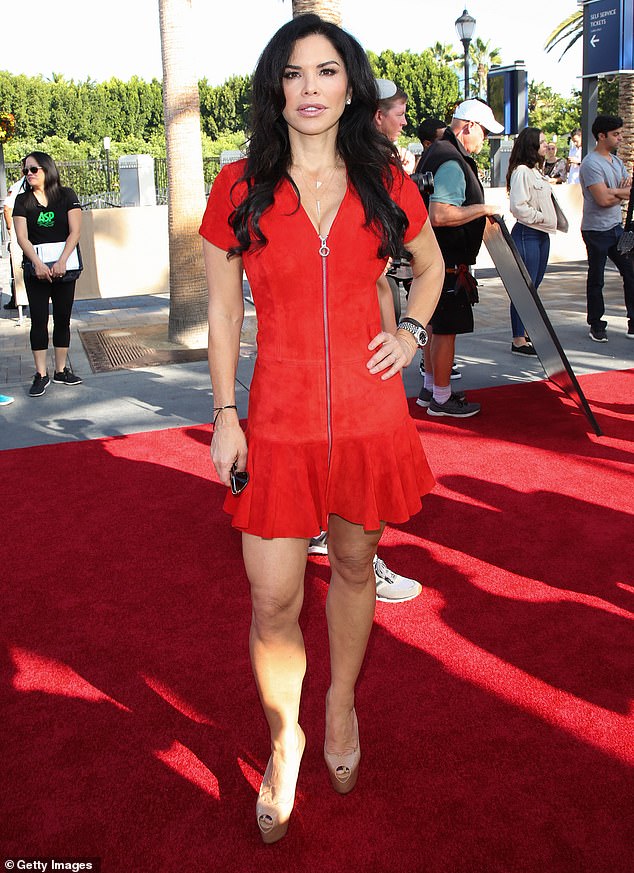 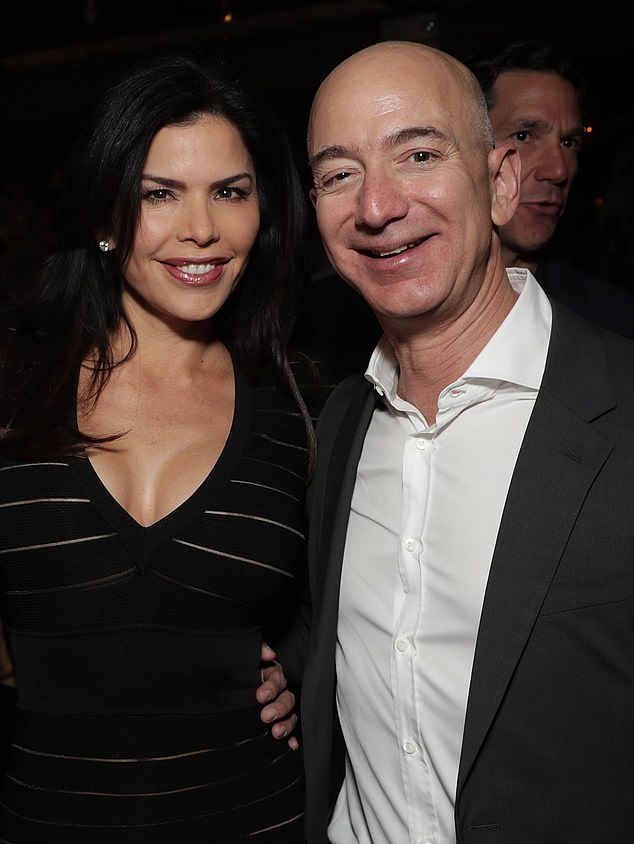 New home? The building may be a love nest for Sanchez and Bezos, who are pictured in 2016

Making moves: Over the years, Lauren has always seemed to favor a shorter hemline, particularly when it comes to public events – as seen in 2012 (left) and 2003 (right)

It seems to be a busy week for Sanchez, who received a visit from her sister Elena Sanchez Blair. Her sibling took to Facebook on Wednesday to share photos that show them striking a pose together inside a New York City apartment.

‘A whirlwind 24 hours in NYC, best city on the planet,’ she captioned the images. ‘Took my kids to school yesterday, popped over for an unforgettable evening, back in time to get them from school today. You live once.’

Their father, Ray Sanchez, commented on their smiling selfie, writing: ‘Miss my girls.’

It’s unclear if Sanchez’s sister was in town when she visited the building where she may soon be living with her billionaire boyfriend. 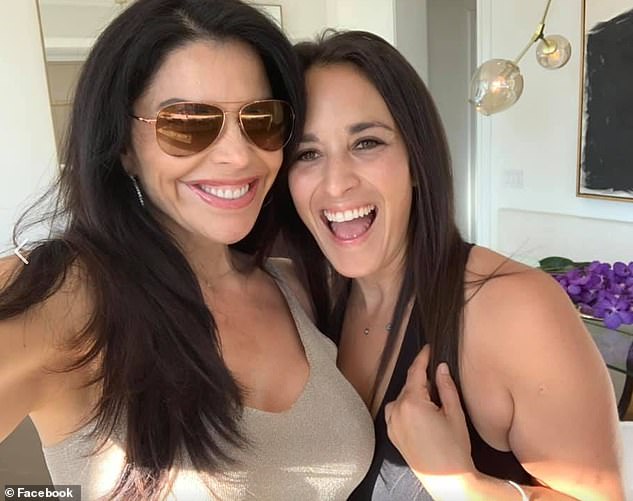 All smiles: It seems to be a busy week for Sanchez, who received a visit from her sister Elena Sanchez Blair 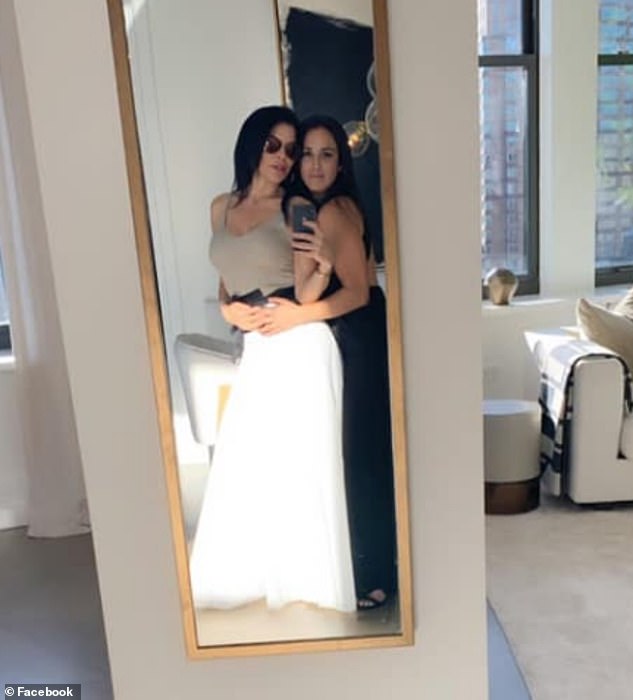 Say cheese: Sanchez’s sister took to Facebook on Wednesday to post photos that show them striking a pose in a New York apartment

Earlier this month, it was reported that Bezos spent around $80 million on three apartments at 212 Fifth Avenue that overlook Madison Square Park.

The billionaire’s pricey purchase is said to include a three-floor penthouse apartment, as well as the two units directly below it, according to the Wall Street Journal.

An appraiser told the newspaper the deal would likely be one of the priciest real estate transactions in Manhattan this year.

The space, which covers a combined 17,000-square-feet with 12 bedrooms and multiple terraces, may become a love nest for Bezos and Sanchez, whose alleged affair was revealed earlier this year via a chain of leaked sext messages. 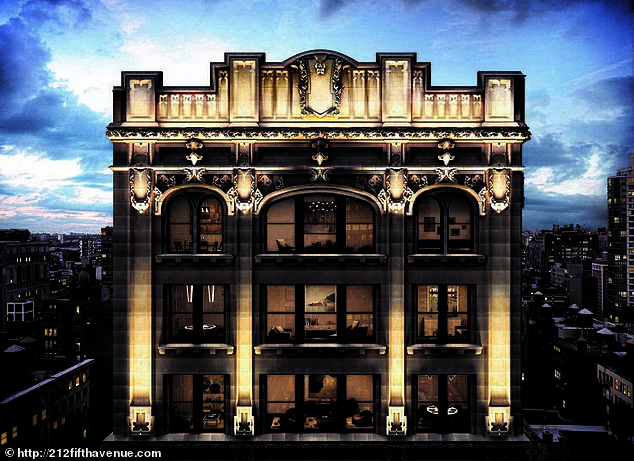 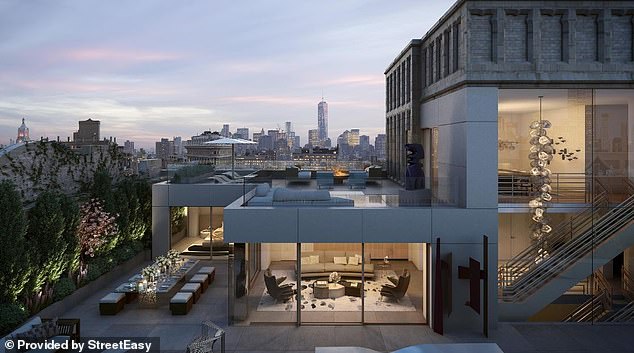 Lavish lifestyle: The pricey purchase is said to include a three-floor penthouse flat and two units below it 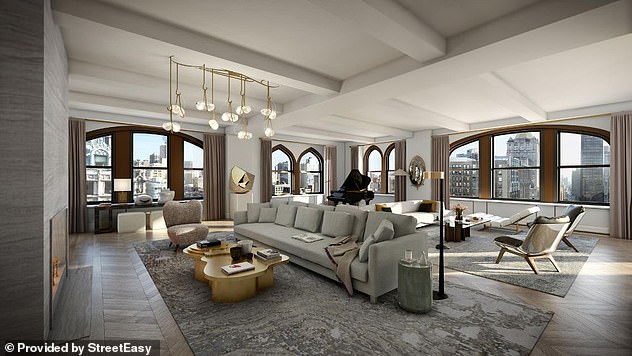 A lot of space: The three units with a total of 12 bedrooms span a whopping 17,000 square feet altogether 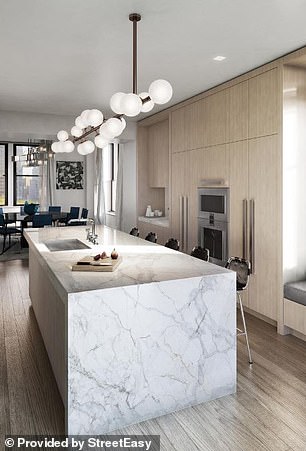 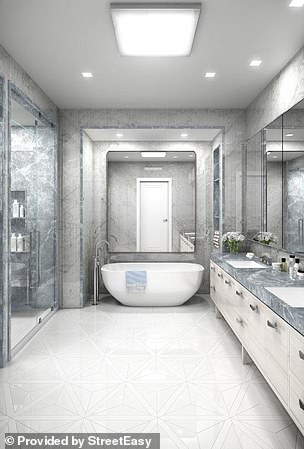 Big: The deal is rumored to be one of the priciest real estate transactions in Manhattan this year. Two interior shots from the apartments are shown above 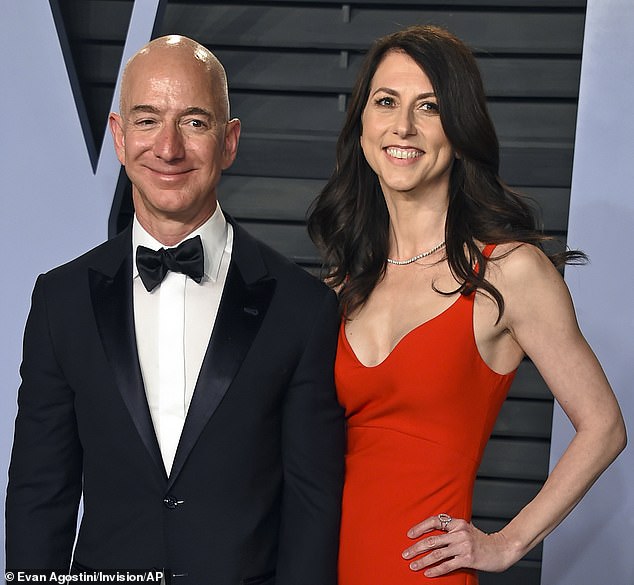 Over: Bezos finalized his divorce from wife of 25 years, MacKenzie Bezos, in April. They are pictured together in 2018

Bezos finalized his divorce from his wife of 25 years, MacKenzie Bezos, in April.

The CEO, who is worth more than $100 billion, had reportedly been looking for a new home in New York City ‘for months.’ In February his company abandoned plans to open its second headquarters in Queens.

He already owns an apartment overlooking Central Park, along with four other impressive properties across California, Texas, Washington state, and Washington, D.C.