Jeffrey Epstein ripped off model’s skirt and groped her while posing as a scout for Victoria’s Secret, one YEAR after brand’s owner Les Wexner was told about his friend’s predatory practice

Jeffrey Epstein was able to accumulate hundreds of millions of dollars in personal wealth as a result of his close ties to billionaire Leslie Wexner, and also prey on young women.

Alicia Arden tells The New York Times that she was sexually assaulted by Epstein at a Santa Monica hotel in 1997 after he pretended to be a model scout.

A scout, he claimed, who was working for Victoria’s Secret, the lingerie behemoth owned by Wexner.

Arden, who was 26 at the time, said once inside the hotel Epstein began to tear off her clothes and spoke about wanting to ‘manhandle’ her before she fled from the room.

‘His weapons were his hands,’ said Arden.

Victim: Alicia Arden (above in LA circa 2002) filed a police report saying she was sexually assaulted by Epstein at a Santa Monica hotel in 1997 after he pretended to be a model scout 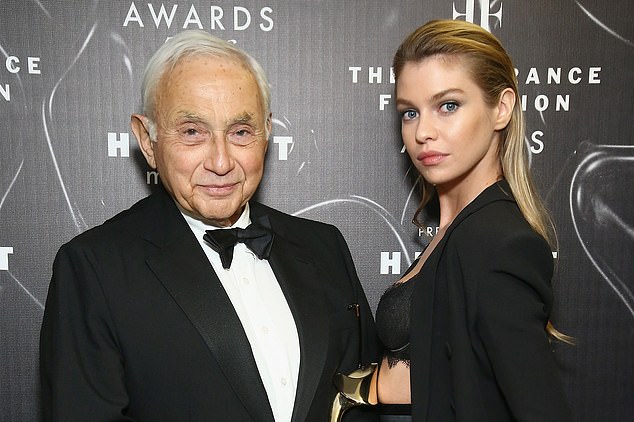 Angel or enabler: Epstein was pretending to be a model scout for Victoria’s Secret, the lingerie behemoth owned by his best friend at the time Les Wexner (above with Stella Maxwell in 2016)

The police report, which identified Epstein by name and description, reveals that Arden met Epstein in April of that year and was told that he would get her work with the Victoria’s Secret catalog.

The name of that friend is redacted from the report.

Epstein first required a test shoot from the model, and Arden told an officer with the Santa Monica Police Department that she was so excited by the prospect she went and bought Victoria’s Secret lingerie for the assignment.

She then did the shoot, rushed the photos to Epstein’s offices on Madison Avenue, and a dew days later got the call that the meeting was all set for later that months.

Epstein was barefoot and wearing sweatpants along with a white shirt that had ‘USA’ written on it when she met him at Shutters, the swanky oceanfront hotel.

He asked her to undress twice according to the report, and on the second time did it himself by pulling off her blouse and skirt.

He then groped her buttocks while pretending to examine her body, she told police. 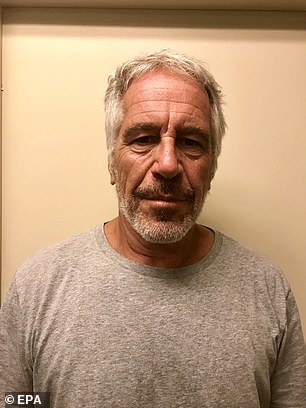 Wexner had been informed about what was going on and promised to address the situation – one year before Arden was assaulted in a hotel room.

Arden said she told police what happened the next day, and then returned a week later to file a police report.

Her concern was that he could be using this tactic to lure in other women, with the pedophile being careful not to recruit models from established agencies.

Victoria’s Secret only casts models with major representation, with their annual show featuring models who are almost always from one of four agencies – IMG, Next, Ford and Elite.

Even then though, it would be hard to imagine that a man so close to the owner of the company would pose as a model scout for such nefarious, and illegal, reasons.

It is unclear when Wexner ended Epstein’s model practice, but it is known he did not cut ties with he pedophile until he went to prison.

‘Why would someone that powerful and successful befriend someone like Jeffrey Epstein?’ Ms. Arden said of Wexner.